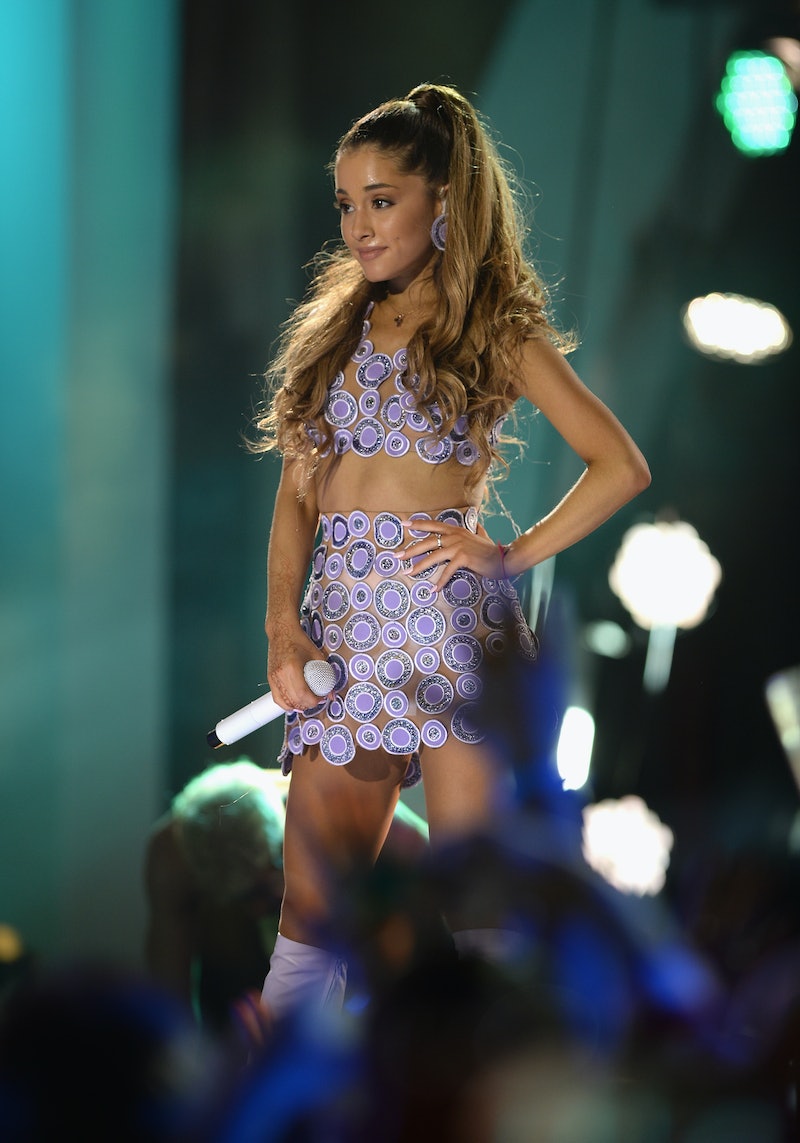 Is it possible for a couple to be too adorable for their own good? The unequivocal answer is yes. We're talking about the kind of couple who is just so sweet together that their union is tantamount to a diabetic coma. A great example of this is Ariana Grande's relationship with The Wanted's Nathan Sykes. Seriously, guys. It’s against the laws of physics that two people so adorable should be together. In this writer’s opinion, this is exactly why Ariana Grande and Nathan Sykes had to break up. While the two seem to make sense simply because of their cuteness, they didn’t last very long. They may have bonded over their love of penguins and Disney movies, but ultimately their relationship just didn't work. The universe just couldn't take that much cute in one sitting. Looking at the timeline of their relationship, we can easily see that their adorableness just got the best of them.

Grande said in an interview with The Belfast Telegraph that March 2013 was when she first noticed Sykes on a red carpet. The two spent the evening making cartoon puppy-dog eyes at each other, although they didn’t really talk. “We locked eyes with each other all night. I thought, he was cute as hell.” Right, cause only in heaven or hell can things be so sweet. It's not of this universe.

Some time between April and July of 2013, the pair formally met to film the music video for Grande's song “Almost is Never Enough” featuring Sykes. In an instance of life imitating art, they started to feel a spark for each other while filming the super lovey-dovey scenes. When two symmetrically-faced people sit on a piano bench together, it’s obviously on like Donkey Kong.

Grande and Sykes were brought back together by Justin Bieber of all people. The pair reignited their chemistry when they spent time together on the “Believe” tour. Here they are backstage at the KISS FM Jingle Ball in an embrace that could only be paralleled in cuteness by a thousand cat videos.

After a month or two of speculation, Sykes and Grande confirmed via Twitter that they were officially dating. Sykes tweeted back in September: "So, I guess it’s obvious now... thanks to everyone who is being so lovely. I’m so happy. #butweareterrified #pleasedontkillme #orariana." Truly, the squishiness was something the two were wary of from the beginning. Also, maybe they started taking engagement-style photos a little early?

At the Macy’s Thanksgiving Day Parade in November 2013, Grande and Sykes spent the day surrounded by an army of Santas. Clearly, the cuteness was starting to get a bit out of hand.

By the beginning of this year, it was apparent that things were fizzling out a bit between the two. The couple was seen together less and less frequently. According to a December story in Us Weekly our old buddy “a source” confirmed that Grande and Sykes had broken up because they "weren't into" doing the long distance thing. Finally, on Jan. 31, Grande came clean. Perez Hilton reports that Grande confirmed the Splitsville status in an interview with DJ Showbiz Shelly. Owing to a half-a-hemisphere commute, Grande and Sykes were no longer the world’s most squeezable young couple.

We broke up a little while ago, but he’s a really good friend.

He’s so talented. I am so glad to met him and have a friend like him in my life. He’s an amazing person. It was very civil. It was mutual.

That’s right, folks. The two were just so cute that they got reciprocally friend-zoned. Like electrons, their kawaii-charged auras simply repelled each other.

Since then, they’ve gone back to being adorable on their own. Here's Grande a few days before her 21st birthday this June, spending her last moments of being underage with Mickey Mouse.

And here's a photo from Sykes' Instagram that he posted around the time of his own 21st birthday bash. I'm noticing a Peter Pan complex here.

In any case, it's great that these two are on good terms. While their relationship may have been beyond the cute tolerance of this world, it's nice to see a couple in the public eye handle a breakup in a mature way. RIP Nariana. May the spirit of your love eat cronuts with unicorns on a rainbow for eternity.