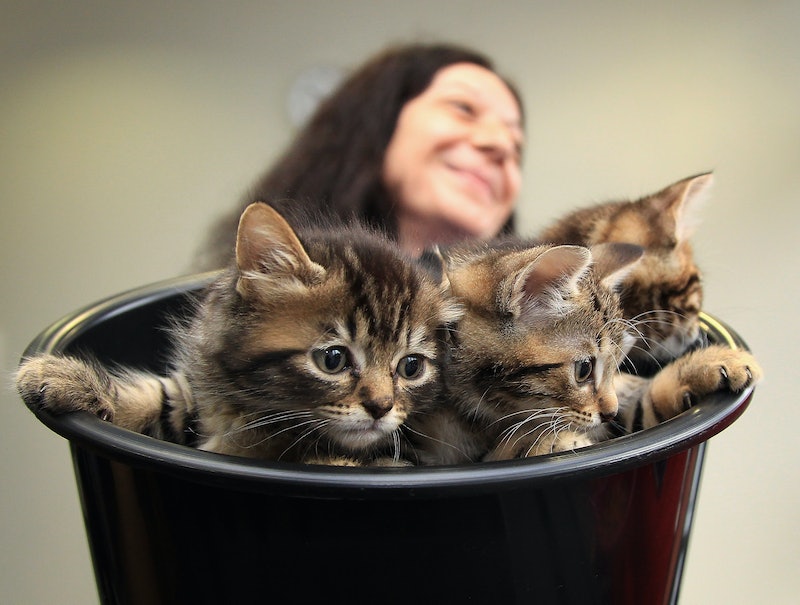 Just in case you needed another reason to spend your entire day watching cat videos, here’s one for you: 100 percent of the net ad revenue generated from each video on the Charity Animal Television YouTube channel goes directly to charity. That’s right—you can help out a whole bunch of terrific causes, just by doing what we all tend to do when we’re wasting time. If you’re going to be binging on funny animal videos, you may as well do it for a good cause, right?

Charity Animal Television, or CATv for short, has made it its mission to donate every single penny of advertising money earned by its videos to a variety of different wildlife and animal charitable organizations. Each video is pegged to a specific charity, too — so every time you click on a video, some furry, four-legged, feathered, scaled creatures get to reap the benefits. “People want to give to charity, but doing diligence on organizations takes time and donating takes effort,” says CATv’s website — and I hate to say it, but they’re kind of right. But that’s why CATv exists! The site’s blurb continues, “CATv takes the hard work out of vetting charities by only partnering with those whose mission and work align with CATv values.”

Here’s how it works:

And guess what? By watching that video, you just donated a chunk of change to the ASPCA. Good work! You can also donate to the Snow Leopard Trust by laughing at the 25 most startled cats of all time:

Or to the Wildlife Conservation Network by grooving along with a Chihuahua as he boogies on down the road at the wheel of a car:

Or to the International Primate Protection League by awwwwww-ing over cats acting like people:

Or any number of other awesome charities by sitting through a variety of other videos. It’s a tough job, but somebody’s got to do it, right? And hey, since we already know that funny cat videos are good for your health, you might as well make it count double while you’re at it.