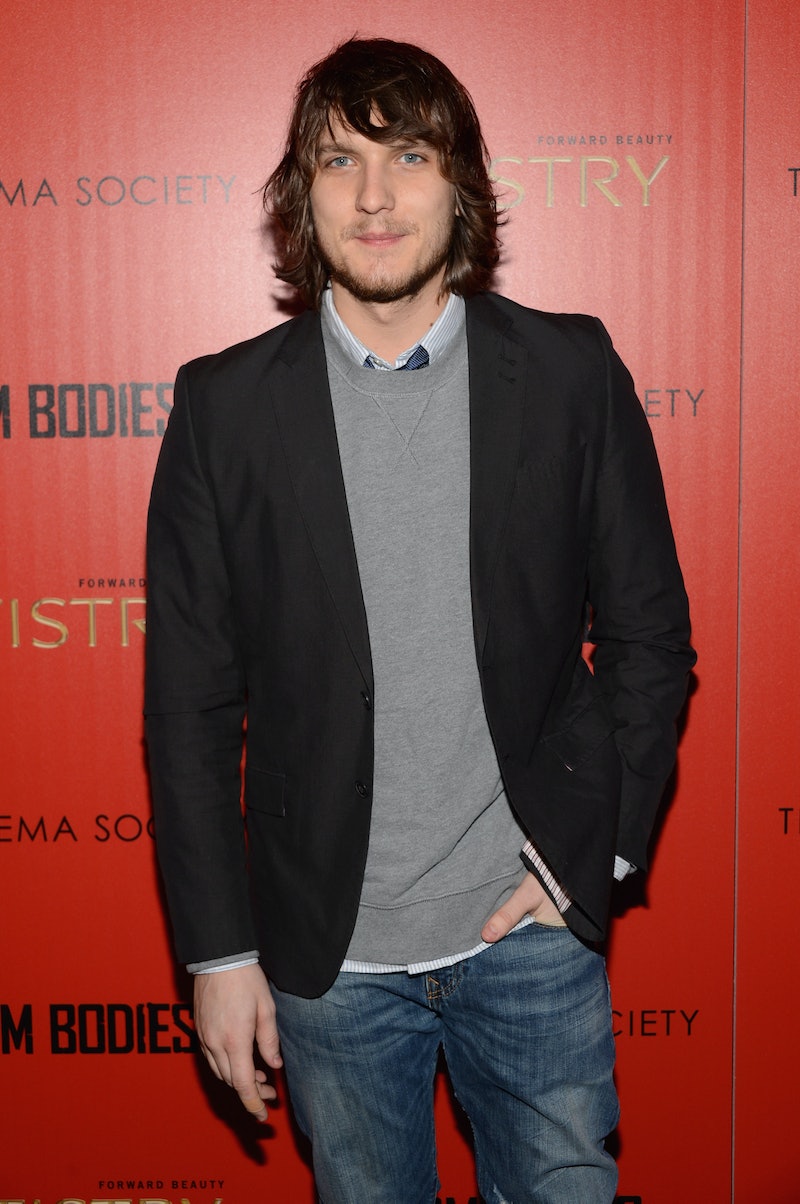 You've seen this guy before, and you've also probably had a crush on this guy before. And you're going to reignite those flames when Once Upon A Time Season 4 premieres. Halt and Catch Fire's Scott Michael Foster just landed the role of Frozen 's Kristoff on OUAT and ABC Family fans have never been happier to see this dude make his return to steal their hearts as irresistible Kristoff. Well, technically, Foster has been starring in primetime series since his role as lovable slacker Cappie on Greek, but where have you seen him lately?

Foster has currently taken up residence on AMC and back at his old stomping grounds, ABC Family. In between his four-season stint on Greek, the actor starred on two failed ABC primetime series and guest-starred on David Duchovny's Showtime series. The one thing different about Foster (who seems to have retained his sense of humor on Instagram) is that he's chopped his signature, floppy brown locks. Sad face. But now that he's landed the role of IRL Kristoff, he's totally going to have to grow them back, right? I hope.

So, while we've been waiting for the perfect lovable, kind of doofy follow-up to Cappie to come along for Foster, here's what he's been up to:

I mean, any guy who cares about Gilmore Girls is a guy after our hearts. But everything about Foster's role as Cappie on Greek stole our hearts, especially when he proved to uptight Casey that he was the one for her. Oh, and that time he "accidentally" graduated from Cyprus-Rhodes University. Just look at that hair.

Foster starred in the ABC series that centered around a crew's expedition into the Amazon to rescue a lost TV reporter where he played an overeager cameraman named Jonas Beckett. He met his demise after surviving five of the series' eight episodes. But was as floppy-haired as ever.

Foster guest-starred on Duchovny's Showtime series where he played Tyler, Becca's cheating boyfriend, for 10 episodes. His character left the series and broke up with Becca after being held at gunpoint with Frank in the Season 4's penultimate episode.

A still lusciously locked Foster starred in this other short-lived ABC series, Zero Hour, as Arron Martin. Martin began the series as a copyeditor and writer at a magazine and then began working with the series' protagonist, Hank, to save the human race after he's involved in "one of the most compelling conspiracies in human history."

Foster returned to ABC Family in 2014, where he's currently starring in the network's new series, Chasing Life, about a young journalist named Rachel who's diagnosed with cancer just as her life and career are taking off. The returning star play Leo, the son of a wealthy gubernatorial candidate that resents being stuck in his father's shadow. His initial impression on Rachel is terrible, but Leo's bio on ABC Family's site reveals that the pair have more in common than they thought.

Foster guest-starred in seven episodes of the AMC period drama about the 1980s computer industry boom. The actor played Hunt Whitmarsh in seven of the ten episodes of Season 1, an employee at Texas Instruments that has an unhealthy obsession with Scoot McNairy's Gordon Clark's wife Donna.

Next up, Kristoff — yay!