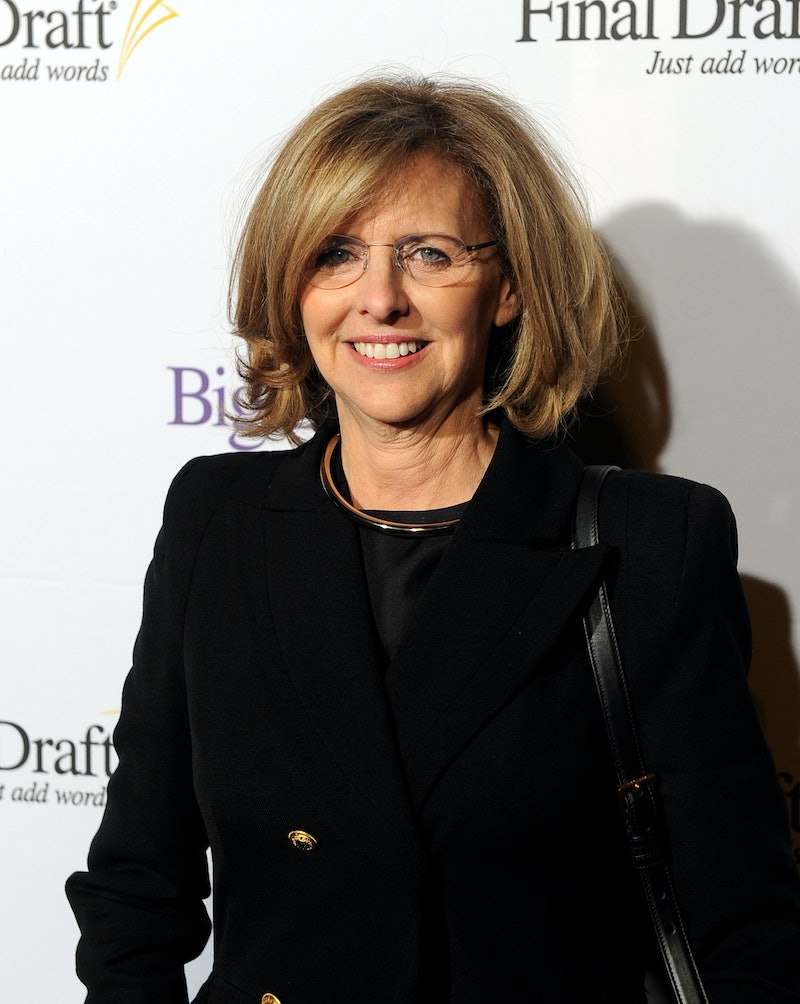 It's not set to come out for over a year, but already, we're getting impatient to see The Intern , Nancy Meyers' newest movie. And why wouldn't we be? Meyers, one of the most successful female directors in Hollywood, is responsible for classic films/decorator porn such as It's Complicated, The Parent Trap, and The Holiday, and she hasn't made a movie since 2009. In addition, there's the appeal of The Intern itself - Anne Hathaway, Robert De Niro, and a whole lot of other people we love starring in a comedy about fashion. Knowing we have to wait until next September to see this movie is the worst, but thankfully, the director herself has come to our rescue. For the last week, Meyers has been Instagramming photos from The Intern 's set, and has managed to get us even more excited for this movie than we already were.

So far, Meyers has only posted eight photos, but man, have they been great. Seriously, each picture has felt more exciting than the last; if these few photos have us in this much of a frenzy, we can only imagine how we'll feel when the movie's promotion actually begins sometime next year. A run-down of Meyers' fantastic, so-perfect-it-could-be-in-a-Nancy-Meyers-movie Instagram:

But not just any chair — an Intern chair! The fancy writing is predictable Meyers, like a mix between the font choices for Something's Gotta Give and The Holiday.

Photo 2: A scene with Anne Hathaway

Meyers captioned this, "when storyboards come to life!" Yet while the drawing-to-movie aspect of the photo is certainly cool, what we're focusing on is the fact that this totally looks like a scene out of The Princess Diaries 2. You know the one; Mia, touring the streets, stops the parade so she can comfort a little girl (who, fun fact, was played by Abigail Breslin). The similarity is probably just coincidental — Meyers didn't direct that movie — but we love it all the same.

Photo 3: Some intern holding a clapperboard

Does this video reveal anything about the film? Nope, but it's still pretty exciting to realize that The Intern is actually happening, right this minute.

Photo 4: Her inspiration board

There is so much to take in about this inspiration board: the photos of celebrities, that really cute baby portrait, the "Once Upon a Time in New York" poster Meyers probably found on Pinterest. We love it all.

So we're not exactly sure who those two women played in The Parent Trap (Meyers' caption said "Navajo Bunk," but hey, there were a lot of campers), but we do know that any time there's a reunion of the cast of one of the greatest movies of all time, it's pretty much the best thing ever.

We repeat: ANDREW RANNELLS. That is all.

The only thing better than realizing that Robert De Niro is holding two cell phones is seeing that the picture's caption was written by none other than Anne Hathaway. "Multi-tasking Intern!," she wrote, and then added, "hi guys!" What more could you want from a photo?

First, her Instagram, then, her movie set? We are oddly not surprised to see Anne Hathaway seemingly taking over Nancy Meyers' film, because, well, that's Anne Hathaway. "New addition to the sound department... She looks familiar!," Meyers wrote. What's next, painting the sets? Re-writing the script? Whatever it is, we just hope that Meyers documents it for our endless enjoyment.

More like this
22 Movies On Netflix That Are Perfect For The Whole Family
By Bustle Editors
Jennifer Coolidge Needs 'Legally Blonde 3' To Happen So She Stops Getting Hot Dog Jokes
By Jake Viswanath
Everything To Know About Netflix's Marilyn Monroe Movie 'Blonde' Starring Ana De Armas
By Grace Wehniainen
Before 'Bullet Train,' Revisit These Brad Pitt 'Fight Club' Premiere Photos From 1999
By Grace Wehniainen
Get Even More From Bustle — Sign Up For The Newsletter