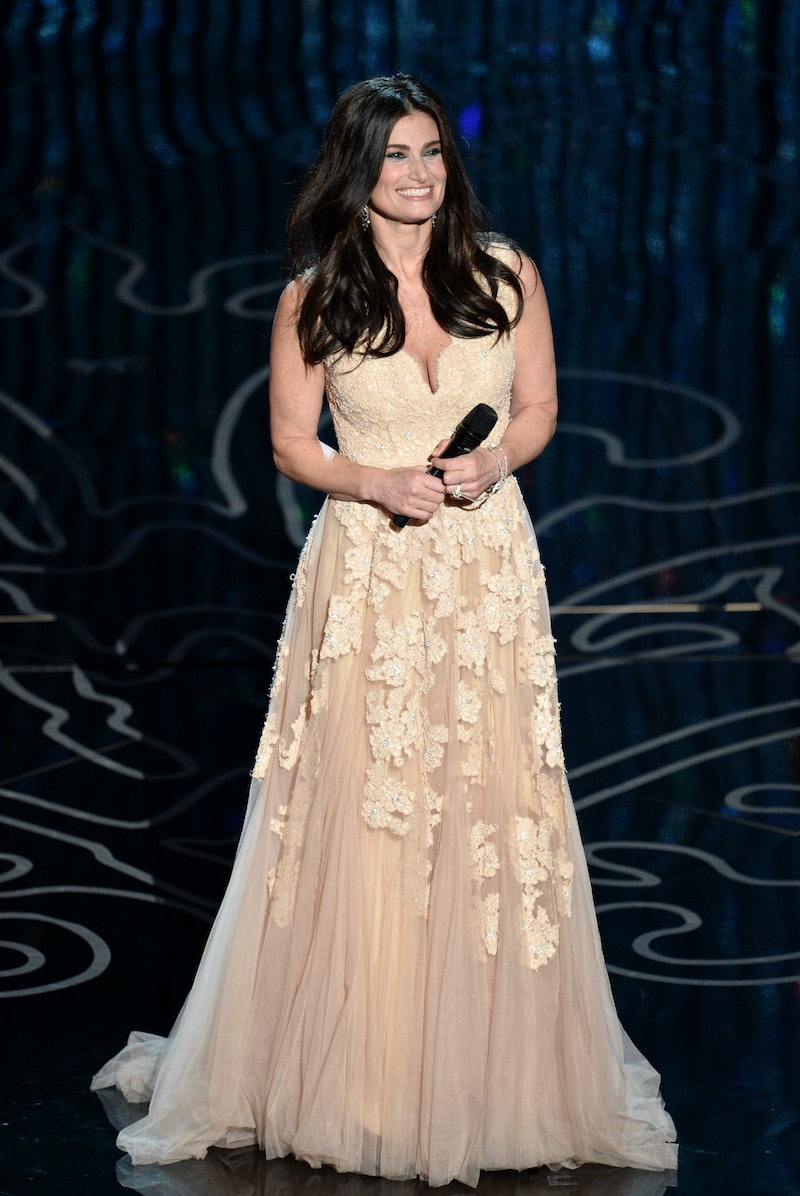 Idina Menzel is determined to take over your television. From performing “Let It Go” from Disney's Frozen at the Academy Awards this winter, to singing “Always Starting Over” from her new Broadway show If/Then at the Tony Awards this spring, there's no shortage of Menzel on the small screen. Now she’s coming for your summer too, as Menzel will sing the national anthem for Macy’s Fourth of July Spectacular. The show takes place on Friday in NYC and you can watch it live on NBC at 8 p.m. EST. And by "can," I obviously mean "absolutely must," because Menzel's powerhouse of a voice performing "The Star-Spangled Banner" is not something to be missed.

This year has already been a crazy one for Menzel. She’s been well-known in the Broadway world since she originated the role of Maureen in Rent in 1996 and although she’s defied gravity before, she’s finally escalated to new levels of stardom. Her spike in popularity is thanks mostly to Frozen, in which she provided the voice of Elsa and sang the I-don't-know-why-this-song-is-so-catchy-but-it-is "Let It Go."

Frozen came out in November and Menzel was back in the news again by December, when it was announced that Menzel and her husband of 10 years, Taye Diggs, were getting divorced. Now both stars are opening up about their split — Diggs to Redbook, and Menzel to the radio show "Valentine in the Morning."

It didn't slow down after that. In March, Menzel was on the cover of Billboard magazine and then blew up the Internet when she sang “Let It Go, accompanied by Jimmy Fallon, the Roots, and children’s instruments on the The Tonight Show with Jimmy Fallon.

And of course, we can never forget John Travolta’s horrendous pronunciation of her name at the Academy Awards.

Which leads me to giving some major props to Jonathan Groff for hilariously introducing Menzel at the Tony’s with the same intro that Travolta used — only this time her name was pronounced correctly.

So on this Fourth of July, you can watch the marvelous Menzel, along with performers Enrique Iglesias, Ariana Grande, and Lionel Richie at Macy's annual Fourth of July show. Since it’s the 200th anniversary of “The Star-Spangled Banner,” Macy's is making Menzel's version extra meaningful. The score is performed by the all-female DIVA Jazz Orchestra and Menzel will be backed up by Essential Voices USA. You can also download Menzel’s version of "The Star-Spangled Banner" for free until July 5. I bet our forefathers in 1776 imagined that freedom from the British meant a free music download.

The music by the DIVA Jazz Orchestra is a bit overwhelming for casual listening, but you can imagine how epic it will be when followed by fireworks. Let freedom sing!