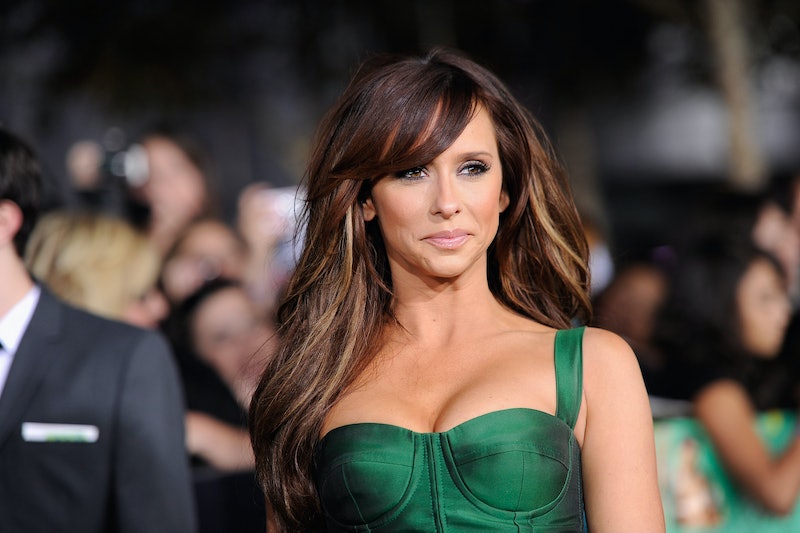 According to CBS, Jennifer Love Hewitt has joined the cast of Criminal Minds , filling in the slot left by recently departed cast member Jeanne Tripplehorn who played FBI Special Agent Dr. Alex Blake during Season 8 and 9 of the police procedural. Hewitt, who starred on two seasons of the now-cancelled Lifetime series The Client List, will also play a Special Agent on the series, meaning that we'll be meeting a brand new profiler when the new season of Criminal Minds starts on October 1.

For those of you who aren't Criminal Minds fans (it's as addictive as Law & Order: SVU, trust) the show focuses on the case work of the Behavioral Analysis Unit, a unit of the FBI that tracks down serial killers by analyzing and interpreting their behaviors. (Watch it long enough and you'll start to analyze your own friends behavior — not exactly a healthy thing.)

The "profilers" are the agents who are trained to keenly observe the behavior of the UnSubs ("unknown subjects," a.k.a. the serial killers). Hewitt may be the most famous name in recent years to join the Criminal Minds cast as a new profiler, but she's not the first to fill in the empty profiler slot. While cast members Thomas Gibson, Shemar Moore, Matthey Gray Gubler, and Kirsten Vangsness have stayed put during the show's nine seasons (and are returning for Season 10) the other cast members have breezed in and out of the show — or disappeared entirely.

Here are the cast members that have taken on the profiler slot before Hewitt.

Paget Brewster joined the cast of the series upon the departure of Lola Glaudini, who portrayed Supervisory Special Agent Lola Greenaway, at the end of Season 2. Brewster (whom she may know as Kathy from Friends!) was a regular on the show until the end of Season 6, when Prentiss left the BAU to work for Interpol's London office. She's had numerous guest appearances on the show since.

Joe Mantegna, who played the retired FBI agent-turned-author David Rossi, filled in the empty profiler slot in Season 3 after the departure of original cast member, Mandy Patinkin. (Yes, that Mandy Patinkin.) Patinkin, who played seasoned agent Jason Gideon, left the series abruptly, stating that he was disturbed by the content of the show. (He has since called joining the show in the first place his "biggest public mistake." Ouch.)

AJ Cook has breezed in and out of Criminal Minds during its nine season run. An original cast member, her character started out as the communications liaison for the BAU. In Season 6, her character was sent to work at the Pentagon, ending Cook's time as a season regular. She returned for one episode in the season, before returning to the show as a series regular in Season 7, when J.J. was upgraded from liaison to profiler.

After J.J.'s departure, Criminal Minds needed a new woman onboard the show, which they got in Rachel Nichols' character, new FBI agent Ashley Seaver. Seaver had an interesting storyline — she was the daughter of a serial killer that the BAU helped catch years earlier — and a potential love interest in Matthew Gray Gubler's Spencer Reid, but once J.J. returned in Season 7, it was bye, bye, Seaver. The last we heard of Seaver, she had transferred to the Domestic Trafficking Unit, which, apparently, does not have its own TV show.

More like this
'Yellowjackets' Just Announced Who’s Playing Adult Van & It’s Perfect
By Gretchen Smail
At 14, D'Arcy Carden Was Sneaking Out To Parties & Crying Over Kurt Cobain
By Ivana Rihter
Josh Peck Shows Love To Jennette McCurdy After Her Shocking 'iCarly' Revelations
By Radhika Menon
Steve Martin Hints That He May Retire After 'Only Murders In The Building'
By Jake Viswanath
Get Even More From Bustle — Sign Up For The Newsletter