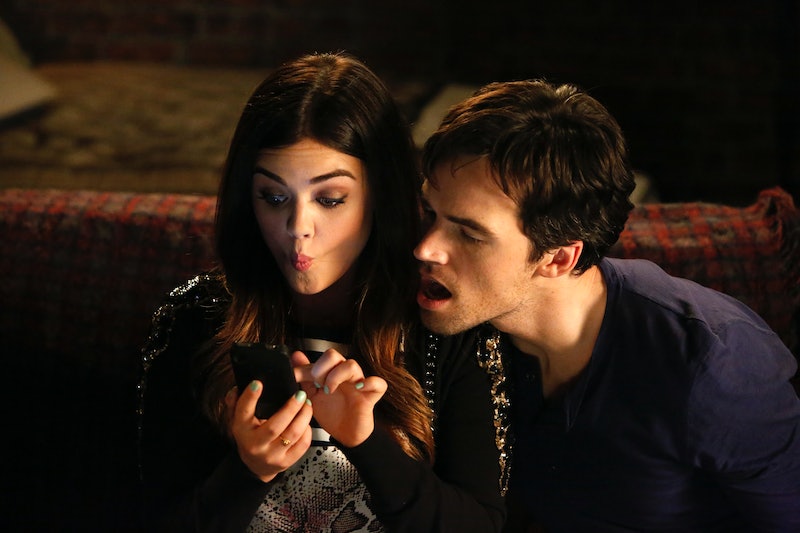 Did you know that Lucy Hale auditioned for a role in 50 Shades of Grey? Before Dakota Johnson was cast, Lucy Hale was a top contender for Ana Steele. As in, a top contender who actually auditioned for the role. Although Hale has admitted that she tried out for the part before, she finally opened up further about the audition process in an interview with MTV. According to the interview, Hale's audition for 50 Shades was awkward, to say the least, although she was really interested in landing the role.

"It was a two-page monologue of exactly what you would think it would be," said Hale to MTV. “Very uncomfortable, but it was sort of one of those things where you just had to go for it or you’re just gonna look lame — hopefully, I didn’t look lame."

Hale wanted to play Ana Steele because the role would have been new and different for her, considering she is best known for playing Aria Montgomery on Pretty Little Liars. Although Aria hooking up with her teacher Ezra Fitz was pretty scandalous, that whole affair has got nothing on some of the things that Ana and Christian Grey get up to in 50 Shades of Grey. Even Hale herself admits that the movie wouldn't have been something she'd "want my grandmother watching".

Still, considering Hale was looking to do something different from Pretty Little Liars, we can't help but wonder how Aria Montgomery would react to knowing how close she came to appearing in 50 Shades of Grey.

But she couldn't decide how to feel about it.

Then she found out it was going to be a movie.

And that Lucy Hale was reading the script.

In fact, Lucy Hale was going to audition.

In fact, she's a top contender for the role.

What would Mr. and Mrs. Montgomery say?

What if she actually gets cast?

But the other Liars are just going to find out anyway.

So, overall, Aria, what do you think?