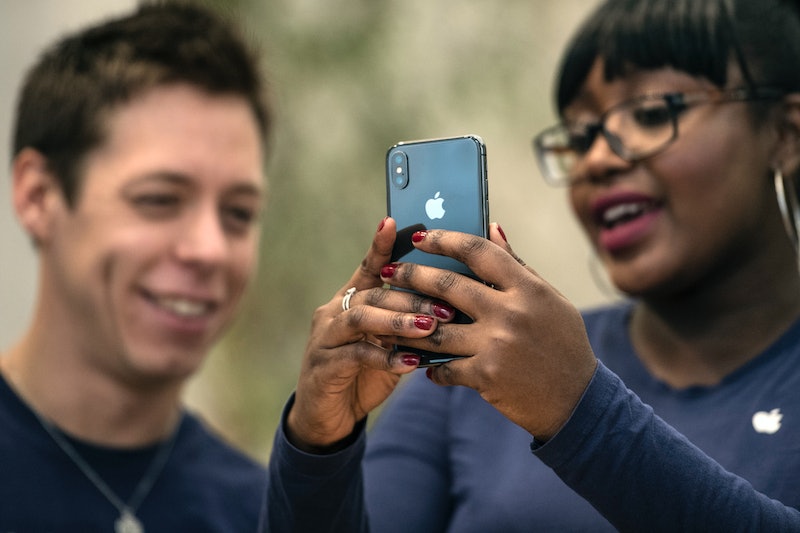 In the grand scheme of things, smartphones haven’t actually been around for that long — but ever since they became a part of our everyday lives, we’ve been bitching about autocorrect. True, autocorrect may save us a fraction of a second by anticipating what words we mean to type; by and large, though, our feelings towards it range from mildly amused (duck, duck, goose!) to the outright mortified (um… vasectomies?). Most of us have probably wondered at least once what life would be like without it — but Matthew J.X. Malady over at Slate finally went and did it: He recently conducted an experiment in which he convinced some of his friends, family members, and fellow Slate staffers to join him in turning off autocorrect for a week. Y’know, for science. Here’s what happened:

At a mere eight participants, the sample size for the experiment was pretty small; but hey, that’s what happens when you don’t have an entire lab behind you. They also managed to cover a pretty wide variety of phones in spite of the small number of participants: Between the eight of them, they had five iPhones, one Samsung Galaxy S3, one HTC One, and a Droid Razr. They also left the spell check function of each phone on, enabling them to spot spelling mistakes and manually fix them if they wanted to.

Here’s the wacky thing: Although pretty much all of Malady’s fellow test subjects (as well as himself) complained regularly about autocorrect before the experiment, most of them complained even more with it off. The complaints were varied, but most of them seemed to boil down to time: It takes a lot longer to type out a text when you don’t have autocorrect filling in words for you. Some examples:

Only two participants — Slate science writing fellow Jane Hu and Malady himself — preferred texting without autocorrect. “I think I overestimated how much I actually rely on autocorrect to complete or correct words for me,” said Hu about the experiment. ‘I was surprised to find that I ended up going back to change words in my texts less than I did with autocorrect on.” For his part, Malady didn’t mind the extra time it took to write out his texts, and he felt a lot better knowing that what he typed was actually what he meant to type. Fair enough.

As for me? I keep thinking I’d like to give the no-autocorrect thing a go — but I can’t for the life of me figure out how to turn the damn thing off. True, I could probably figure out how to do it with a little bit of Googling; however, I don’t find autocorrect to be enough of an annoyance to warrant the extra time to do it, so I probably never will. Malady noted at the beginning of his experiment that none of his participants had any trouble figuring out how to adjust the autocorrect settings on their phones — but I’m pretty sure I’m not the only one in the “where the heck are they?” boat here. As such, I wonder whether we’d complain about autocorrect as much if it were simply easier to disable? If all we had to do was flick one switch instead of going into eighty bajillion menus to find where it’s hiding, maybe we’d be less predisposed to bitch about it.

Or what about this: Can we make it easier to teach phones new words? I have a relatively old iPhone — I think it’s a 4S, but to be honest, I can’t actually remember — but it lacks the ability to easily update its little internal dictionary. My four-month-old Kindle Fire, however, lets you add words to the device’s dictionary as you type them in with just one tap. That? Is pretty awesome. Do newer phones have that capability? If yes, hoorah! We’re on the right track! If no, then what the heck is taking so long?

My boyfriend set my phone so that it autocorrects his name to “His Grace, [Name]” about two years ago. I still haven’t bothered to change it back yet, and I probably never will. Ducking autocorrect.