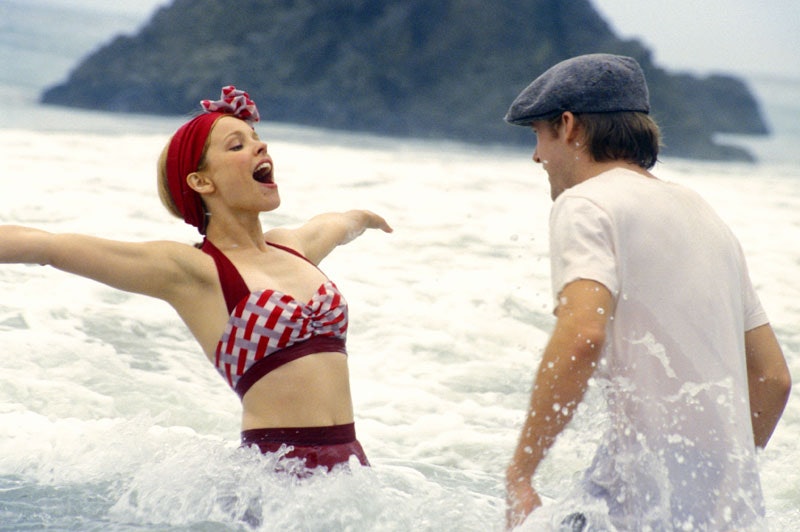 It really shouldn't come as a shock that not all actors get along as well in-person as their on-screen characters, because, you know, acting. Yet every time we learn that a pair of co-stars had a tough time getting along on set, it's a massive surprise; how could two people who seemed so believably perfect together actually hate each other's guts? It's especially bad when the movie couple is loved by fans, and hailed as iconic — such as The Notebook's Noah and Allie, who, apparently, had a much stronger rapport than their actors, Ryan Gosling and Rachel McAdams. According to director Nick Cassavetes, the co-stars may have ended up a real-life couple later on, but at the start of the film, they couldn't stand to be in the same room as each other. At one point, Gosling even asked that McAdams be kicked off the movie's set.

While Cassavetes' reveal is certainly shocking, it's far from the first time we've discovered that the chemistry between a beloved movie couple was actually faked by its bickering actors. Seven co-stars whose movie romances really were too good to be true:

Issues: Tensions were already high between the actors after clashing on the set of Red Dawn, but Dirty Dancing made it much, much worse. Grey nearly pulled out of the movie after learning Swayze would play her love interest, they fought constantly on set, and that famous shot of Grey giggling as Swayze looks on in annoyance? No acting needed.

Did they make up? Yup. They talked their issues through and became friends, talking often about their fondness for each other. In 2010, after Swayze's death, Grey even paid tribute to her late co-star by emotionally performing a song from the Dirty Dancing soundtrack while on Dancing With the Stars .

Issues: Danes thought the prank-loving DiCaprio was immature, while he thought she was way too uptight. To be fair, Danes was just 17, and DiCaprio was only a few years older.

Did they make up? Well, as adults, they probably don't hate each other as much as their teen selves did, but that doesn't mean Danes is eager for an on-screen reunion with her former co-star.

Issues: Where to begin? Murray stopping a scene to call Liu out for having no talent? Liu punching him in retaliation? Neither of them appearing together in publicity for the movie, and Murray refusing to return for the sequel? Suffice it to say that the actors had some trouble getting along.

Did they make up? Not by 2009, at least. In an interview, Murray defended his on-set antics, saying, "I will dismiss you completely if you are unprofessional and working with me … when our relationship is professional, and you’re not getting that done, forget it.”

Issues: Witherspoon reportedly took issue with Vaughn's relaxed filming attitude, as she preferred rehearsing for scenes while he liked spontaneity. They clashed several times on set, and promotion for the film consisted of the actors walking red carpets separately.

Did they make up? According to Witherspoon a few months after filming, yes. The actress said she and Vaughn were "very good friends" and any rumors otherwise were ridiculous. Still, we're not too sure.

Issues: According to In Touch (so take this with a grain of salt), Jolie was bothered by Depp's partying, lateness, and general bad attitude, while Depp felt that his-costar was uptight and self-centered.

Did they make up? If the rumors were true, then yes, as Jolie was said to have given Depp advice when he was considering getting engaged to Amber Heard, his now-fiancée. Then again, the advice was "don't do it," so who knows how that turned out.

Movie: A Change of Seasons

Issues: Hopkins called his co-star "the most obnoxious actress I have ever worked with."

Did they make up? It's doubtful. When asked about her former co-stars' unkind words (Hopkins wasn't the first to have criticism for the actress), MacLaine had only this succinct response: "That's their problem."

Movie: An Officer and a Gentleman

Issues: Major fighting (largely blamed on Winger), culminating with the actress calling the movie's production one of the worst experiences of her life.

Did they make up? In 2002, Winger seemed to indicate that while she and Gere are not exactly friends, they've come a long way from their fighting days. "I run in to Richard Gere quite a lot," she said, "and he half jokes: 'Are you still saying terrible things about me?'"