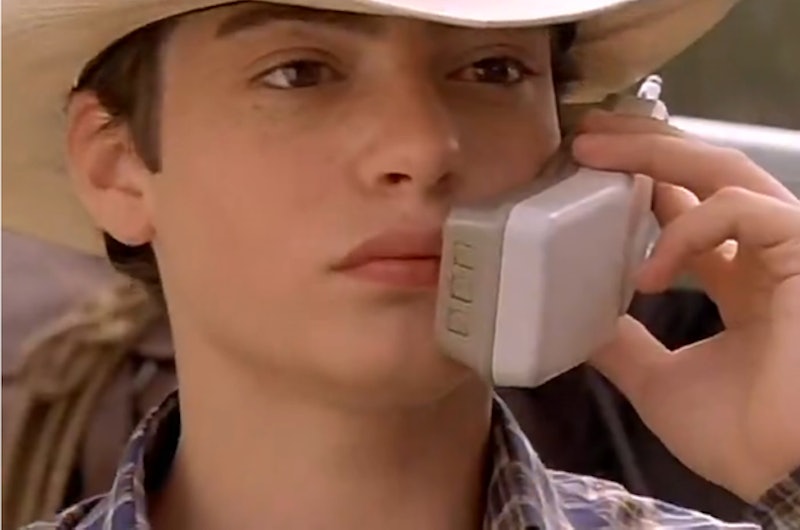 Disney Channel Original Movies were a nationwide obsession back in the day. The "day," of course, is the late '90s to the early 2000s, when Disney Channel was churning out original movies at record speed, and kids were more than happy to glue themselves to the TV to watch them. I was one of those kids, and nothing makes me feel more nostalgic than catching one of these Disney Channel Original Movies (DCOMs for short, because like the movies themselves, acronyms were hip) playing on the network that gave them to us. The DCOM movies of yesteryear are playing less and less frequently on the new, "modern" Disney Channel, which is a shame — kids today are missing out on some of our old school Disney Channel stars.

One of the things that I miss the most about DCOMs of the '90s and early '00s are the goofy dudes who starred in them. Today's Disney Channel guys are just a little too cool for school, which I blame on the cast of High School Musical. (Sorry, Zac Efron and Corbin Bleu — you guys were just a little too slick.) But while each DCOM guy has his own charms, there were certain guys whose movies just stood out amongst the rest due to their talents and general radness.

Here is the ranking of the coolest DCOM guy from least to most cool — but don't worry, fellas, you're all still stars to me.

Cool?: Cool in a "why is your older brother hanging out with us, Andy Lawrence?" kind of way. He was 23 when he starred alongside his brother in Horse Sense. For those of you who don't know, that's, like, 65 in DCOM years.

Starred In: Tru Confessions, The Even Stevens Movie

Cool?: Well, sort of. Shia proved that he could do both comedy and serious drama on DCOM. But while Shia may have been great on Even Stevens as the goofy weirdo Louis, his goofiness didn't exactly translate well to a DCOM hero. (Sorry, Holes doesn't give him any points here.)

Starred In: The Ultimate Christmas Present, You Wish!, Zoom,

Cool?: Yep. In You Wish! he was so cool that his own alternate reality persona was a movie star. He was the quintessential "smart-mouthed kid with a heart of gold."

Starred In: The Other Me, Horse Sense, Jumping Ship

Cool?: Umm, have you seen that hair? Obviously.

Cool?: Of course. Not only did this guy star alongside his brothers in Jumping Ship (FYI, that's a DCOM movie about pirates. Not like, Captain Hook pirates, like modern-day criminal pirates) but he also starred as Shawn Hunter's big brother on the last few seasons of Boy Meets World. Not thinking he's cool makes you not cool. Cool?

Starred In: Smart House, The Luck of the Irish

Cool?: Like the other side of the pillow. Hello, he played a leprechaun who played basketball. That's some serious barrier breaking for the leprechaun community. Now he plays a dead guy on PLL, but back in his DCOM days, he was super cool.

Starred In: Life is Ruff

Cool?: This picture should really attest to his level of coolness.

Starred In: You Wish!, The Even Stevens Movie

Cool?: So cool. He had the hair of all the crush-worthy actors of the late 00s (I blame Leonardo DiCaprio in Titanic).

Cool?: The Phil of the Future star was the Seth Cohen of our youth — dorky cool in the best way.

Cool: The coolest. He sang to Raven in the Cheetah Girls and led a group of misfits on an unusual sports team in Alley Cats Strike. And from the look of the above photo, he's clearly getting better with age.

Cool?: If Brink! didn't change your life forever, than I don't know if I want to talk to you. SOUL SKATERS FOREVER.