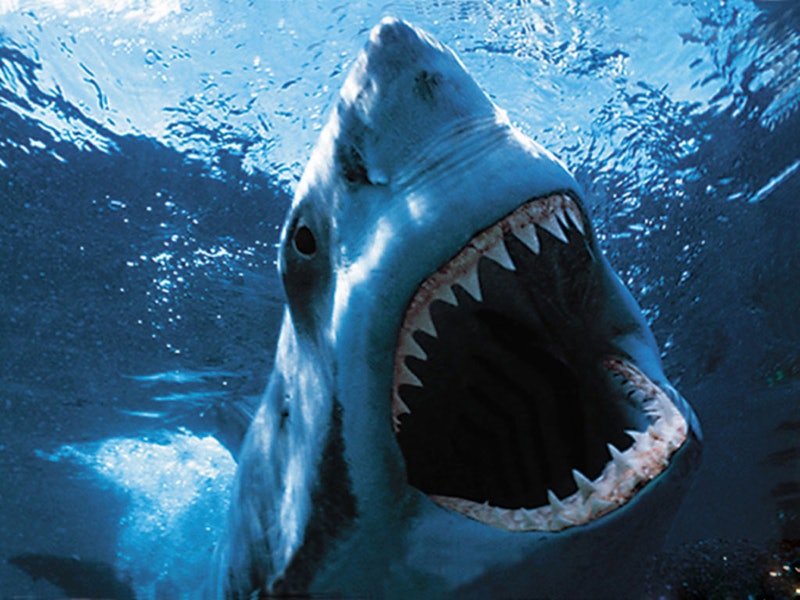 Sunday marks the start of what I personally deem to be one of the best weeks of summer, a once-yearly opportunity to learn about one of nature's most graceful and fascinating creatures: sharks. People often laugh, or think I'm being funny when I profess my deep and abiding love for Discovery Channel's Shark Week, but let me clarify, there is absolutely nothing funny about it. Sharks are insanely old fish that somehow have managed to survive through millennia and beat out the dinosaurs because they just so happen to be equipped with some insanely bad-ass survival skills. And that deserves our respect.

So for those of you who also worship at the temple of Shark Week, worry not, you have an ally in me, and for those who don't, you're about to get the shark education of your life. Here are the reasons to get excited that Shark Week starts tonight, and don't you forget 'em.

Slow-mo shots of sharks, chompin' on pretty much everything make this week epic. You haven't lived until you've watched a huge Great White chomp the living shit out of a seal decoy.

Although sharks are the obvious stars of Shark Week, the supporting members are definitely the crazy-ass Aussies and South Africans who live their lives getting close to sharks despite all survival instinct urging them not to do so. Seriously, watching middle-aged Australians casually tell stories of how their leg almost got nommed off makes you realize that pretty much anything you do ever is still not nearly as brave as their everyday existence.

Do you ever feel like television happens way too quickly? Then Shark Week is for you, because it is almost entirely in slow-mo. How else are we supposed to get amazing views of shark attacks without footage that's slowed down about 1,000 percent? We're not, that's how.

4) It's very easy to pretend you're a shark