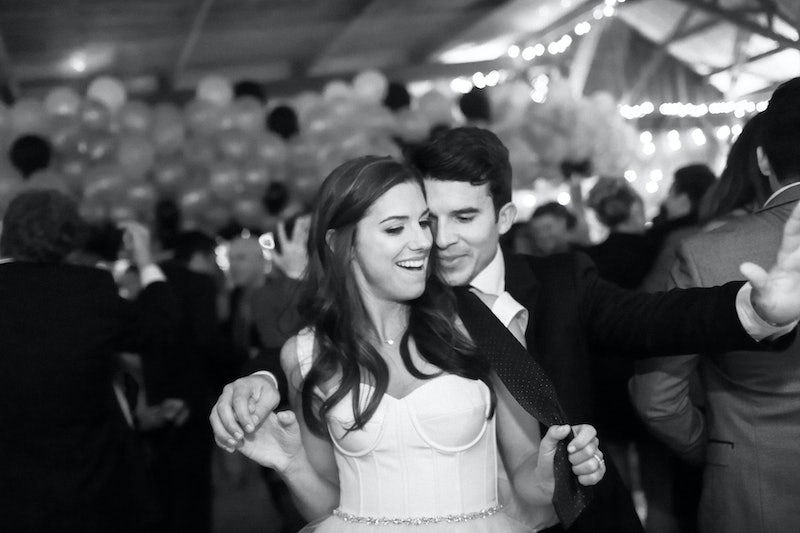 Are you sick of talking about weddings yet? Yes? I feel you, but before we all run screaming into the night waving our arms and bellowing "NO MORE WEDDING CONVERSATIONS!", take a look at this: Now that June — which is apparently the most popular wedding month in the U.S. — is over, Quartz decided to celebrate by taking a look at how expensive weddings are today versus weddings 80 years ago. The results are actually pretty surprising: Americans have been spending a stupid amount of money on weddings for decades — the numbers just look worse now because of the worth of the dollar. But when you adjust for inflation, the cost of a wedding during the Great Depression was pretty high too.

Quartz pulled their data from The Knot’s “Real Weddings” survey from 2013 and from a study called “The Cost of Weddings,” which was published in 1939 by University of Illinois sociology professor B.F. Timmons. The Knot’s survey includes answers from almost 13,000 brides who use their site, while the 1939 one only had a sample size of 154 (the power of the Internet!), but even so, the whole analysis is well worth your while. I suggest heading on over to Quartz to read it — but if you’re pressed for time, here are some of the highlights:

The big differences, though, emerge when receptions enter the picture. Today it’s a given that there will be one, but in 1939, only 70 percent of couples held one; furthermore, the cost of a reception in 1939 was way lower than it is today. Back then, couples would have paid about $42 for a reception, or about $714 adjusted for inflation — while Quartz’s estimate based off of The Knot’s data topped out at a whopping $30,882.

The moral of the story? Pricey weddings aren’t a new phenomenon. That doesn’t mean, however, that we have to keep following the status quo: As I’ve mentioned before, there are boatloads of resources out there for couples looking to keep their wedding costs down, and you won’t have to sacrifice any of the gravitas of your big day to carry them off. Furthermore, it’s becoming a growing trend to eschew the wedding altogether in favor of an elopement. The New York Times ran an article back in 2012 that has stuck in my mind ever since I read it about what the phrase “we’re eloping” means now, as opposed to what it did way back when; so, if the idea of planning a huge, stressful party to kick off your married life doesn’t do it for you, know that you’re definitely not alone. Check it out — it’s worth a read.

And hey, if you elope, at least you don’t have to worry about the whole “unplugged wedding” debate, right?

More like this
17 Creative Bridal Shower Gift Ideas For Any Type Of Bride
By Marilyn La Jeunesse
The Best Time To Date After A Breakup, According To Experts
By Bustle Editors
Expert-Approved Hacks For Packing A Carry On
By Jessica Goodman
The 12 Best Road Trip Accessories
By Megan Gray
Get Even More From Bustle — Sign Up For The Newsletter