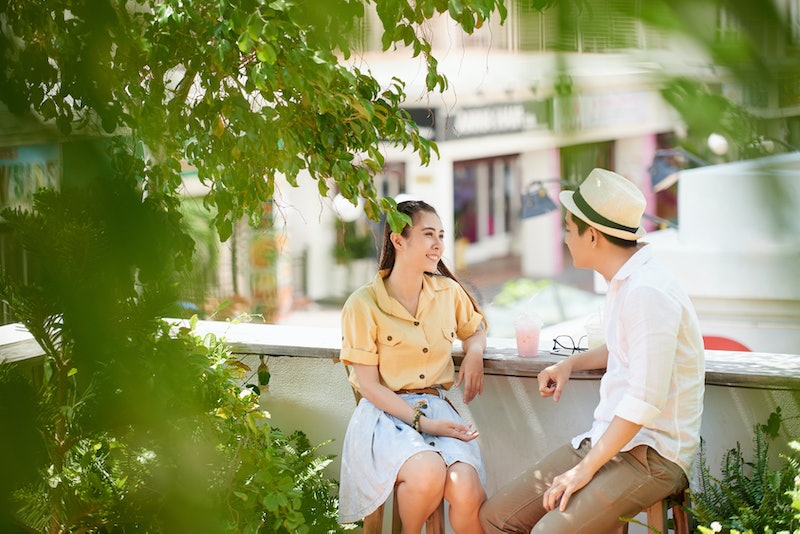 In case you’re the type who likes to date by map, here’s one for you: Dating app Lulu has just released a map describing exactly what guys are like in 10 major U.S. cities in terms of hashtags. Now you know just where you should go in order to find guys who always pay, who charm the pants off of everyone they meet, and whom are universally beloved by mothers everywhere. Or something.

I’ll be honest: I’m not totally sure what the methodology for this project involved, so it may or may not actually have any science backing it up. I assume it tallied up the hashtags most commonly used to describe guys in each city, combining the top two positive ones and top negative one to come up with a list of three traits per location. “There’s a techie flavor to guys in San Francisco (no surprise!) with hashtags like #NerdyButILikeIt and #WorkEthic,” said Lulu founder and CEO Alexandra Chong to TIME. She continued, “The party boys of Miami generally get hashtags like #AlwaysHappy and #AlwaysPays. And we see the stereotype of the gallant Texan with hashtags like #OpensDoors and #StrongHands.”

But that last sentence right there is the problem with this whole thing for me — the entire map just reinforces stereotypes. Women don’t like it when we’re boiled down to such a narrow list of characteristics, so we really shouldn’t be doing it to men, either. Two wrongs don’t make a right and all. Anyone else with me here?

Lulu, which launched in February of 2013, basically treats dating like Yelp: By logging in through Facebook, the app allows women to review any and all men on their friends list, rating them on a scale of one to 10 and describing them with hashtags. Another way to look at it would be as the Rate My Professor of dating. Both analogies make me feel kind of icky, so I’ve never felt compelled to try it; indeed, even after Lulu adopted an opt-in policy for men (that is, they can’t be reviewed unless they actively sign up for it), the app has earned a whole lot of derision. Katie Notopolous and Katie Heaney at Buzzfeed, for example noted that it was essentially a form of cyberbullying; meanwhile, Emily Shire at The Daily Beast wrote in a piece titled “The Lulu App Is Ruining Dating” that although the opt-in policy was an improvement, “do you know what would be better? No rating sites and apps at all. Period.” True that.

To be fair, Lulu has its positive aspects, too — Deborah Schoeneman of The New York Times pointed out that dating with references cuts down on both the scariness and the danger involved, while The Cut’s Maureen O’Connor reported that most of the reviews are actually really nice — but I don’t know. It all just seems so Mean Girls to me, you know? But hey, at least I now know that dudes in Philadelphia apparently #SmellAmazeballs. Useful information.