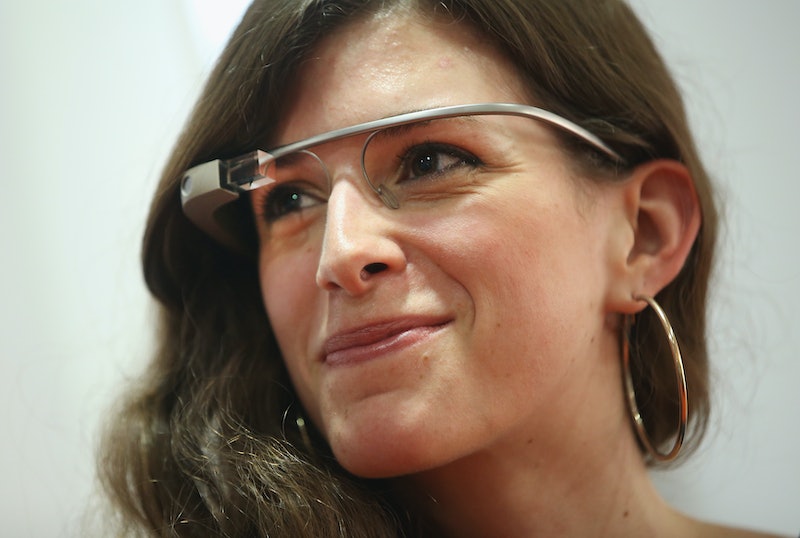 Technology as a part of our daily lives is inescapable at this point, unless you're planning on J.D. Salinger-ing it and setting up shop in a woodsy cabin. But what about wearable tech? You know, things like Google Glass and rings that connect to your smartphone and t-shirts that monitor your health. Many people think this is the way of the future, but others are saying wearable technology is just another fad.

Global research and advisory firm Forrester Research thinks that wearables will go the way of "the Flip camera or the single-purpose e-reader," according to Re/Code, meaning they will grow in popularity for a few years before petering out. While some technology, like smartphones, are able to gain true ubiquity, some believe that wearable tech is not likely to do the same. From the Re/Code piece:

Wearables “will flourish all through 2015 until 2016 when their functionality is assumed by other devices you are already carrying anyway, from obvious contenders like smartphones to more intriguing ones,” writes Forrester analyst James McQuivey. An example of possibly more intriguing tech would be sensor-laden headphones, he says, which suggests a “strong reason for Apple agreeing to buy Beats Electronics for $3 billion.”

Here's my own opinion, lacking in tech-jargon: Wearable technology honestly seems to complicate life rather than making it easier or more enriching. Fitness trackers might seem like a brilliant idea, but after awhile it becomes tiresome to constantly have to check in with your FitBit. Google Glass is advertised as a way to seamlessly flit between the Real World and the Digital World, but really you're wearing awkward picture-taking glasses on your face and bumping into walls. After awhile, the idea of "unplugging" becomes really attractive.

I think humans will always crave a break from technology, and while wearable tech is obviously removable, the whole concept encourages us to be constantly plugged in. Besides, everything will just be consolidated onto our smartphones eventually so there is little need for these clunky, standalone devices (RIP e-reader). I say, skip the talking watches that light up every time you get a text. But maybe stock up on some clothes that charge your phone using solar power because that sounds badass.

More like this
42 Black Owned Fashion & Beauty Brands To Support Today & Always
By Mekita Rivas, Shea Simmons, Kui Mwai and Dominique Norman
Using Your Pet’s Name As A Password? Here’s Why You Might Want To Change It
By Cristina Sanza
Poshmark Vs. Depop: How The Reselling Apps Compare
By Emma Carey
The 4 Best Phone Holders For Bed
By Yoona Wagener
Get Even More From Bustle — Sign Up For The Newsletter