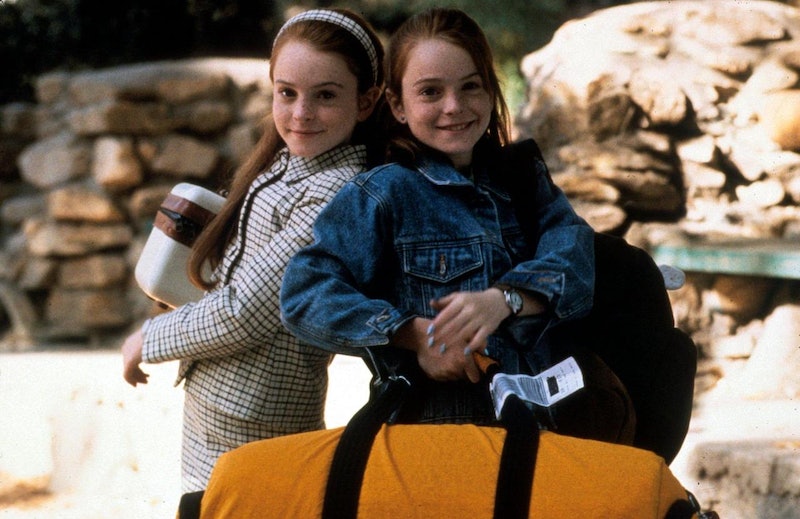 It's hard to believe sometimes that The Parent Trap came out 16 years ago. Admittedly, that's easier to believe when you look at a recent picture of Lindsay Lohan. Lohan has come far from the little girl who played two characters, identical twin, in the iconic '90s movie that secretly ruined all of our lives. Of course, Lohan can still do The Parent Trap handshake and there was even a recent reunion of two The Parent Trap cast members, but, overall, it's just been way too long since we were watching that movie for the first time. After all, we have computers and cell phones now. Annie and Hallie wouldn't need to crawl into a closet or run to a pay phone to contact each other nowadays.

However, as I said, The Parent Trap sneakily ruined our lives. If you were anywhere around 8 years old when you were first watching it, then it tricked you into believing a lot of things about the film and the world that just plain aren't true. In fact, some would even say that applying some of the lessons from The Parent Trap to real life would completely mess up your life. From the large to the small, The Parent Trap has left the generation who watched it with a lot of potential problems if they weren't smart enough as children to avoid falling into these traps.

And, even if you were a particularly smart child, there are some Parent Trap problems that are simply unavoidable. Thanks a lot, Lindsay Lohan.

Ruining interviews by turning every handshake into Annie's

Finding out that most poker hands aren't ever that good

Knowing the beautiful Leonardo DiCaprio hasn't won an Oscar yet

Remembering Martin in his Speedo because it's burned into your retinas

Permanent suspicion of everyone with the first name Meredith

Crying every time you remember that Natasha Richardson passed away

That time you tried to pierce your friend's ears