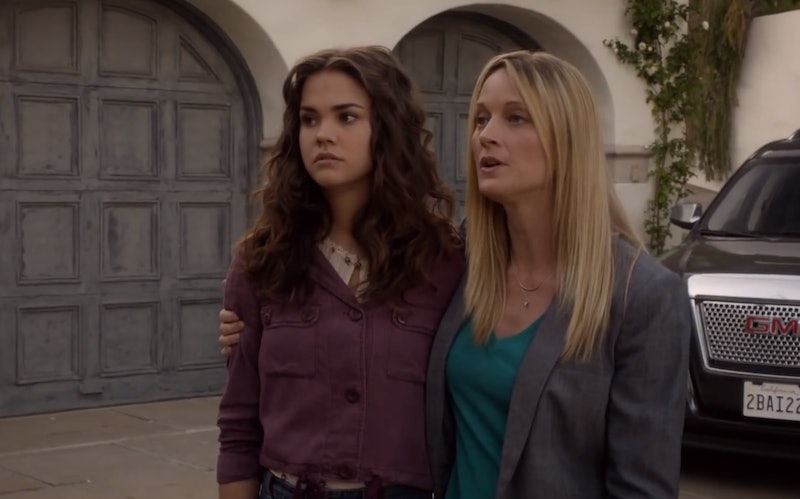 Callie Jacobs has been through a lot on The Fosters. Like, a lot. Too much. We want to spend approximately all our time hugging her and making sure she's alright. Which is why we're both excited and terrified for next Monday's The Fosters , wherein Callie will hang with her biological family. More specifically, she'll hang with her younger half-sister.

We'll have to wait until the episode itself to see how the estranged family hang time goes, but for now, we've got a couple of clues — or, more accurately, teases — in the form of ABC Family's promos and sneak peeks. The promo on its own includes a soundtrack that makes it seem like Callie's half sister Sophia, played by Trophy Wife's Bailee Madison, is a straight-up serial killer who's gonna go all Single White Female on Callie and/or hack at her with an axe, but the rest of what we've seen from her so far points to something vaguely less homicidal, so we're leaning toward her benevolence.

The sneak peek, on the other hand, takes place as Stef takes Callie to meet the family. They talk about the unique experience of being adopted and not having immediate access to the nuances of your biological history. It's a sweet scene between mother and daughter, and since this one doesn't make it look like this sister storyline's gonna be a horror story, it's definitely got us excited for the next episode. You can see the various sneak peeks and promos below.

And the much more pleasant sneak peek:

And here's Stef and Lena accidentally spilling the sex of their unborn baby:

Some party consequences for the dance team:

And some awkward/flirty time between Hayley and Jesus: