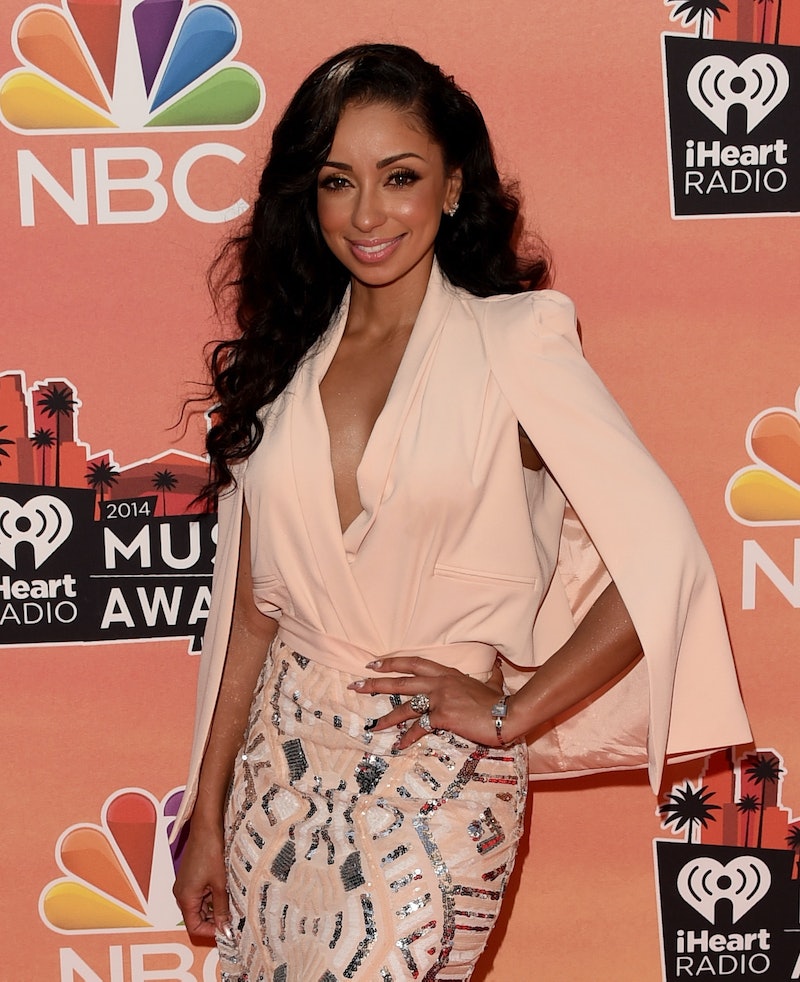 Remember Mya? If not, think back to the music you listened to in middle school and maybe her name will ring a bell. After all, it's been 12 years since she contributed her part to "Lady Marmalade" — which she won a Grammy for, by the way. She also had a pretty popular song called "My Love Is Like... Wo." Well, she's back in the news again, because when it comes to Jay Z, her love is like, NO. On Instagram, Mya denied rumors of an affair with Jay Z. Let's all breathe a collective sigh of relief. Beyoncé and Jay Z's relationship may be reportedly rocky, but Mya isn't to blame.

A fan commented on Mya's Instagram photo, asking the singer if she's Jay's "side chick." Bizarrely, it was a photo about boxers with a caption about ESP (huh?). Anyway, @kimdafuture wrote: "Heard you and Jay z had an 11 year affair. At least that's what access Hollywood is reporting. are you his side chick or nah?" An 11-year affair sounds crazy-long, which is why it wasn't believable to begin with. Still, Mya responded in the classiest way possible.

You can read the full comment below, but here's a summary: Mya blames "illegitimate, thirsty sources" and critiques the media for not checking facts. She also respects herself and the sanctity of marriage too much to ever cheat.

So now we know she's not Jay Z's mistress, but what has she been up to? If you've missed Mya's music, you're in luck! There's plenty for you to catch up on.

She released two EPs this year...

On Valentine's Day, she released a four-track EP called With Love. Then in April, she released more songs on another EP called Sweet XVI to mark her 16 years (!) in the music industry.

And she's currently working on a 9th album.

Because there's no such thing as too much music!

A few months ago, she co-starred in a SyFy TV movie called Bermuda Tentacles. Um, why did no one talk about this? That sounds like the best title since Sharknado.

She was on Dancing With The Stars.

Mya came in second place during the 9th season! This was five years ago, but still an accomplishment worth noting.

This girl gives back. Mya started her own non-profit in 2005 called The Mya Arts & Tech Foundation. She also recently worked with the Human Rights Campaign on their #LoveConquersHate campaign.

So there you have it! Mya may fly under the radar, but that doesn't mean she took a break from her career. (Especially not a break to spend any time with Jay Z.)