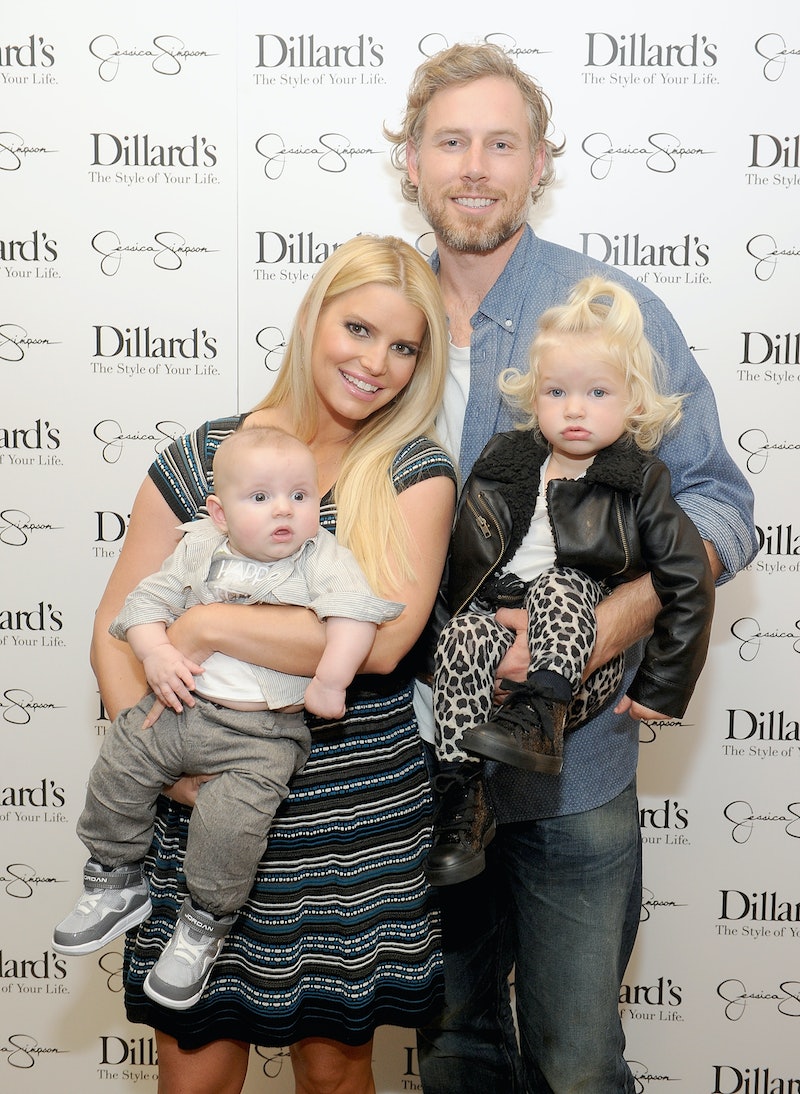 It was an event four years in the making, but Saturday dreams finally came true for Jessica Simpson and now husband, Eric Johnson. The couple had been engaged since 2010 but were consistently unable to agree on the best location for their impending nuptials. Simpson had thoughts of eloping for the ceremony and even went as far as scouting venues in Capri, Italy last year. After much back and forth the couple decided to keep it local. The greatly anticipated event was finally celebrated Saturday when the couple wed at San Ysidro Ranch in Montecito, Calif.

Everyone is still patiently awaiting the reveal of Simpson's dress, but thankfully People Magazine was able to provide the world with more information on what we can expect to see from the beautiful bride. People released photos of a wedding gown sketch along with a truly breath taking dream board meant to inspire the look. Simpson followed in the footsteps of fellow new bride Olivia Palermo, and teamed up with Carolina Herrera to create an enchanting mix of gold and champagne hues paired with tulle and embroidered details. The veil was specifically described as cathedral length, accompanied by Brian Atwood shoes and Neil Lane jewelry.

Herrera described the bride to People as a "beautiful golden girl" further stating.

“The whole dress is embroidered in gold and feels very regal”

Included in the custom gown was Herrera's final touch of something blue. The designer added a blue ribbon inside of the gown, telling People

“I always do that because I think it brings good luck”

Below is a peak of the sketch for Simpson's wedding gown. The inspiration board created by Herrera included royal inspired printsparkles and even some real wheat. This board now serves as a teaser leaving us to dream up exactly how the bride looked on her special day.