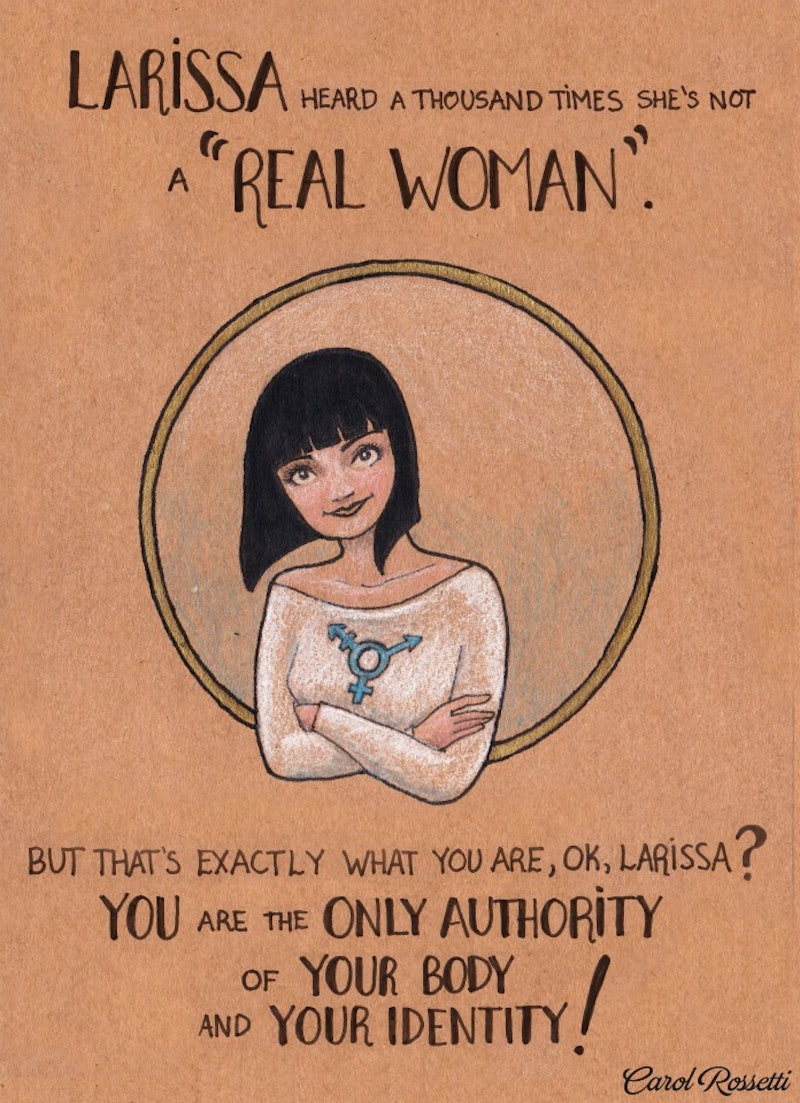 It's hardly a surprise that so many of the images that modern women are bombarded with every day focus on telling them to look or act a certain way. According to the 2011 documentary Miss Representation, 78% of girls are unhappy with their bodies, and many American women spend more money on beauty products than on their own education. Ad campaigns consistently glamorize unhealthy stereotypes and behaviors, like SCHIELD's message that bulimia is fashionable or these 6 images that allow male models to keep their wrinkles but remove them from women. However, Brazilian artist Carol Rossetti is fighting back against those kinds of messages with WOMEN, a series of illustrations that depict women of all ages, shapes, and creeds doing whatever the heck they want.

Rossetti's artwork doesn't just discuss body image, however. It also tackles racism, ageism, polyamory, casual sex, abortion, and a host of other issues that women often find themselves judged for.

"It has always bothered me, the world's attempts to control women's bodies, behavior and identities," Rossetti said to PolicyMic. "It's a kind of oppression so deeply entangled in our culture that most people don't even see it's there, and how cruel it can be."

Rossetti began the project in Portuguese, but after she got an overwhelmingly positive response, she has begun translating the text on each illustration into English. "Let's talk about freedom in every language! ♥" she wrote on her Facebook page. A group of Israeli feminists is working to translate them into Hebrew, and Spanish and French are soon to follow.

As someone wrote on The Mary Sue's article featuring Rossetti's artwork, "I am 6 of these women...and I think it would be difficult to find someone who wasn't at least one." The images encompass such a variety of messages that we as women must hear that it's hard not to identify (and celebrate) with Rossetti's carefree-looking, smiling figures.

As WOMEN continues to reach an ever-wider audience due to fan translators, I can only hope that Rossetti's message of total acceptance and love allows women the world over to feel a little more at home in their skins. On one of the illustrations, a picture of an asexual woman grinning happily, someone wrote simply, "She is like me."

Hop over to Rossetti's Facebook page for more images and translations. If you speak a language that hasn't been tackled by the project yet, you might even consider helping her spread the word.