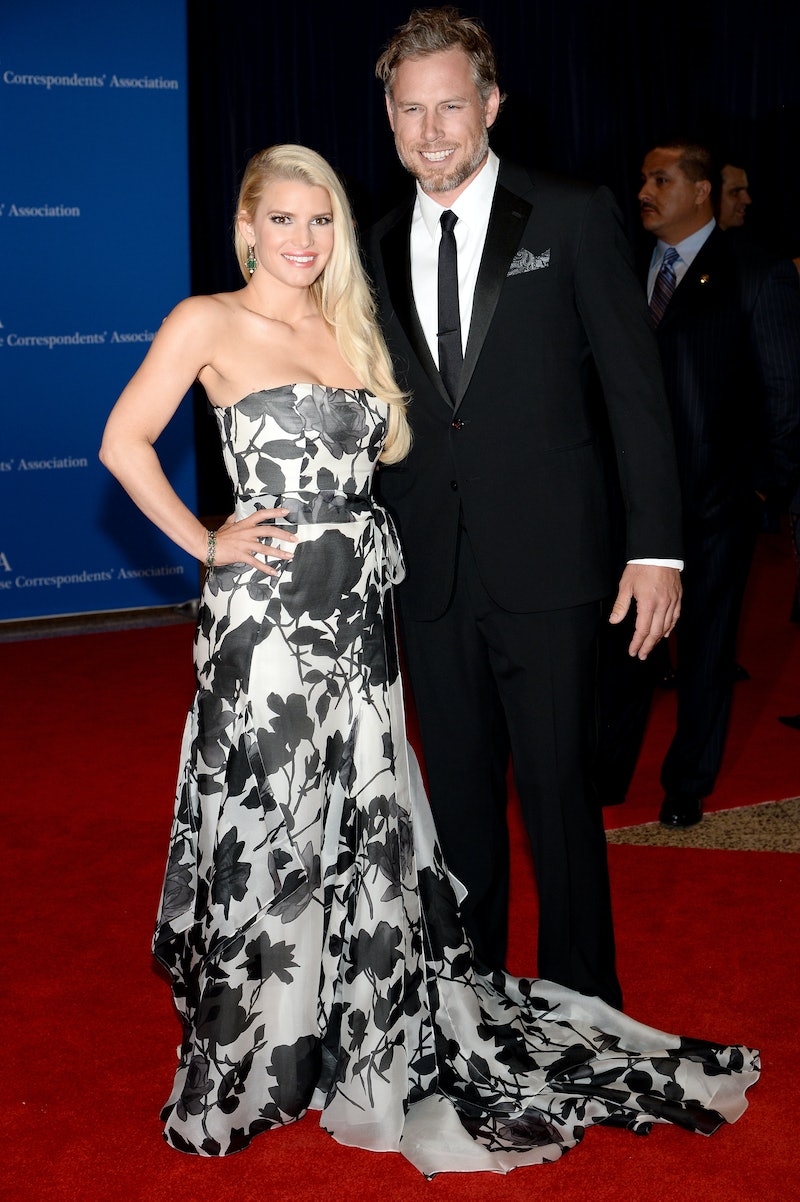 After a four year engagement during which they welcomed two kids into their lives, Jessica Simpson and Eric Johnson have gotten married! As predicted — well, not really predicted, but told to the world by some pretty talkative "sources" — the wedding took place over 4th of July weekend, Saturday, July 5 to be specific. According to E! News, the ceremony took place at the gorgeous San Ysidro Ranch in Santa Barbara County, Calif. The location was also as expected. Man, Simpson really needs to get her friends to hush! That, or she doesn't care if they talk because weddings aren't about keeping things secret, they're about looooove.

According to Us Weekly, Johnson and Simpson's children, Ace, 1, and Maxwell, 2, played "special roles" in the wedding, but I guess one thing those chatty sources kept secret was what those roles actually were. Of course, they had to be something adorable. Have you seen those kids? They're absurdly cute.

There are not yet any photos available of Simpson's big day, but if her usual Instagram habits are any indication, they'll be coming soon. Come on, Jessica! We need to see that dress!