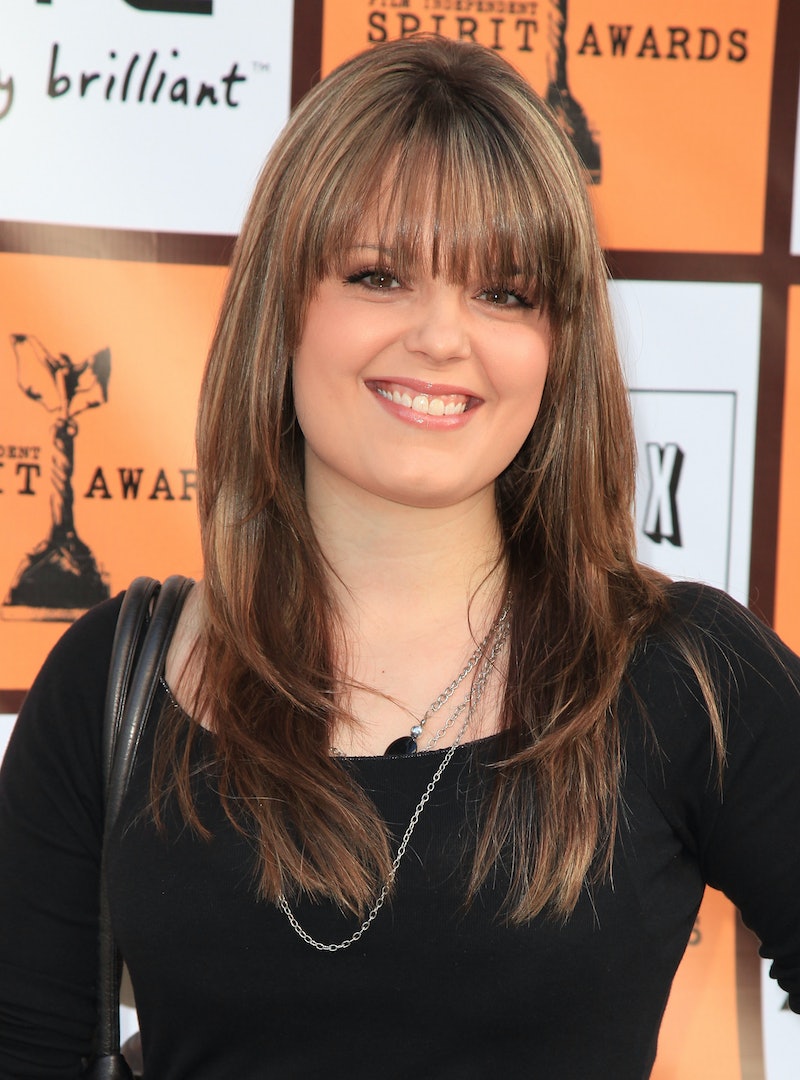 Halloween is easily one of my favorite holidays, which is why I was kind of obsessed with the Disney Channel Original Movie Halloweentown. The film was set in a town where it's Halloween 24/7 (awesome) and goblins, werewolves and witches are nothing more than friendly neighborhood monsters. The movie, which premiered on Disney Channel in 1998, starred young actress Kimberly J. Brown as Marnie, a brand-new witch who helps her grandmother (Debbie Reynolds!!!) save Halloweentown from the evil force turning its resident monsters into... well, scarier monsters. Marnie was basically everything a kid wanted to be — spunky, fearless, and capable of zipping around on a fancy broomstick. It's no surprise that Brown became the Disney Channel Original Movie star of the early '00s.

Brown starred in three Halloweentown films: Halloweentown, Halloweentown II: Kalabar's Revenge, and Halloweentown High. (She was replaced by Sara Paxton in the last film, the 2006 Return to Halloweentown, allegedly due to a scheduling conflict.) In between her Halloween-y DCOMs, she starred in Disney's Quints in 2000 as the big sister of quintuplets. In 2003, Brown starred in Bringing Down the House, alongside Steve Martin and Queen Latifah. In 2005 she played the role of John Travolta and Uma Thurman's assistant in Be Cool and, in 2006, starred in the campy horror flick Big Bad Wolf. (Let's just say that the werewolves in that movie were not quite as friendly as the ones in Halloweentown.)

Surprisingly, Brown's Disney Channel roles weren't the only acting experience she was getting during her tween years. Just like former DCOM star Kirsten Storms, Brown also had a long-running role on a soap opera. Brown portrayed Marah Lewis on Guiding Light from 1993 to 1998, and briefly reprised the role in 2006. Most recently, Brown starred in the AMC drama Low Winter Sun, which was cancelled late last year after low-ratings and fielding hatred from Breaking Bad fans who were mad that they had to watch the first 10 minutes of LWS to catch a preview of the meth drama. (Sorry, KB!)

So what's Brown up to these days? Quite a bit, actually! According to her website, Brown is performing improv at Second City (a.k.a. the birthplace of Tina Fey's comedy) and is working her way through the Improv Conservatory program. She's also producing several films, including Slot King, which she will have a small role in, as well. But most importantly, she has an Instagram, which lets us see what KB is up to now in her day-to-day life. Feast your eyes on the below Instagram pic to bring back all of your nostalgia for the Halloweentown films:

Looks like she loves Halloween just as much as Marnie — how awesome is that?

...and the two of them with Beverley Mitchell from 7th Heaven!

Here's her throwing up the peace sign for her friend's birthday...

They really do grow up so fast.

More like this
Netflix Reveals First Look At Wednesday In The 'Addams Family' Spinoff Series
By Bustle Editors
Revisit 1992’s 'A League Of Their Own Cast' Photos After The New TV Series
By Grace Wehniainen
At 28, Lesley Manville Was Acting, Picketing, & Singing Kate Bush Songs
By Olivia-Anne Cleary
A Look Back At Issey Miyake’s Most Iconic Designs
By Dominique Norman
Get Even More From Bustle — Sign Up For The Newsletter