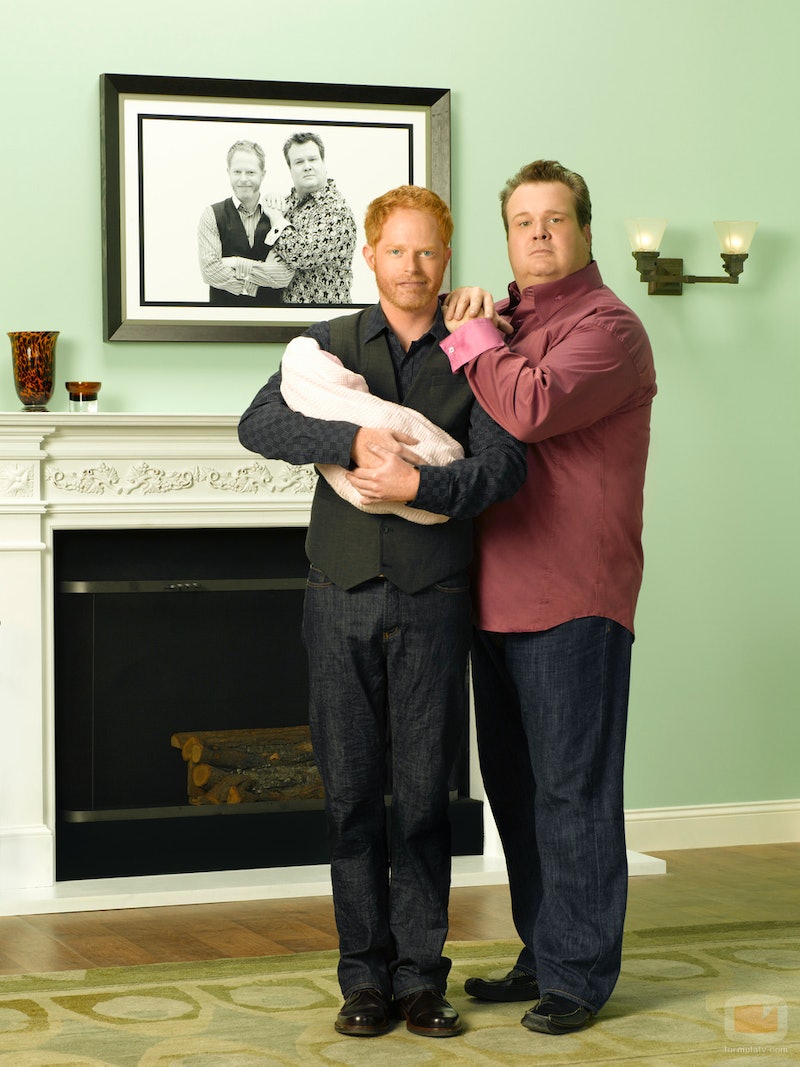 Over the years, traditional marriage advocates have tossed around plenty of reasons why same-sex couples make bad parents. They don't fulfill traditional gender roles. They're bad role models. They don't create stable homes. But a recent University of Melbourne study is helping us throw those kinds of biased claims out the window. According to its findings, same-sex couples are as good as, and maybe even better than, heterosexual couples when it comes to parenting.

The study, which is the largest of its kind ever performed, counted 315 parents and 500 children among the ranks of the participants. It measured factors like family cohesion, general behavior, and general health, and found that children of gay couples tended to score about 6 percent higher than their straight-couple counterparts.

Dr. Simon Crouch, the study's lead researcher, theorized that this might be because the typical expectations that come out of traditional household roles (the male as the breadwinner, the female as the caretaker) don't usually apply in same-sex parenting. Instead, he told ABC, those roles are more evenly distributed, leading to a greater sense of familial tranquility. Rodney Chiang-Cruise, a father of three who is coparenting his children with his same-sex partner, agrees.

The one negative aspect of gay or lesbian parenting that Crouch identified was the possibility of same-sex-parented children being stigmatized and teased because of their parents. This is a valid point, since incidents like antigay marches at the Capitol still occur, sadly enough. However, that march was ludicrously underattended, and support for gay marriage in the United States is at an all-time high.

Naturally, there are studies which claim the opposite. The most commonly cited study with findings contrary to Crouch's is likely Mark Regnerus's work, which is often dragged into debates but did not actually look at children raised by same-sex couples. Crouch's work is, therefore, a crucial milestone in the fight for equal rights because it provides solid, statistically sound evidence to the contrary. And, with more than 115,000 same-sex couples with children in the country, it's more important than ever that those kids (and their parents!) don't have to live with the stigma and misinformation that can surround same-sex parenting. After all, it's the way the parents raise their kids, and not their sexual orientation, that counts.

And if this is the sort of trend that paves the way for more phenomenal and hilarious families like Modern Family's Cameron, Mitchell, and Lily...well, who's complaining?

In related news, check out these wonderful pics of four recently married same-sex couples in Indiana.

More like this
How To Do The Intimacy-Boosting Lotus Sex Position
By Laken Howard and Lexi Inks
Demi Lovato Explains Why She's Now Using She/Her Pronouns Again
By Alice Broster and Radhika Menon
Are Quality Time & Physical Touch Love Languages Compatible?
By Lexi Inks
Expert Tips For Being On Top When You're Plus-Size
By Lexi Inks
Get Even More From Bustle — Sign Up For The Newsletter