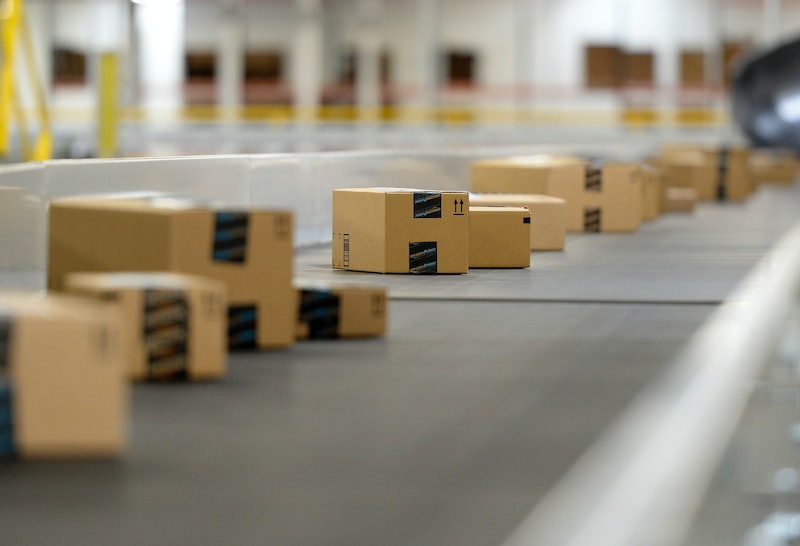 As the saga of Amazon vs. Hachette continues with no sign of an end in sight, more and more people are publicly taking sides, including an increasing number of authors. As it turns out, however, they aren't all on the same page. (Pun happily intended.)

It's natural authors would get involved in this fight; after all, they're probably the ones with the most to lose the longer this feud continues. While the rest of us book-lovers just have to contend with some inconvenient delays and a lack of pre-order buttons on Amazon's website, authors are having their livelihoods disrupted. Plus, the way this dispute plays out could have major long-term implications for the industry, which will definitely impact authors. However, in a new twist, it seems that not all authors are lining up against Amazon. While most traditionally published authors seem to be siding with Hachette, many self-published authors are standing firmly with Amazon.

Several big-name authors have already spoken publicly in opposition to Amazon's tactics. James Patterson, one of the first to do so, contends that "Amazon ... wants to control book selling, book buying, and even book publishing, and that is a national tragedy," one he says will hurt the future of literature. Meanwhile, Stephen Colbert, whose books are published by Hachette, devoted a segment of one of his shows to complaining about Amazon and compared CEO Jeff Bezos to Voldemort. But now more and more authors are coming forward siding with Hachette, including hundreds who have signed an open letter criticizing Amazon.

As writers — some but not all published by Hachette — we feel strongly that no bookseller should block the sale of books or otherwise prevent or discourage customers from ordering or receiving the books they want. It is not right for Amazon to single out a group of authors, who are not involved in the dispute, for selective retaliation.

It also goes on to point out that many of these authors supported Amazon during the online retailer's infancy, and that Amazon was able to build itself into the retail giant that it is today thanks to the authors whose books it sold in its early days, back before it branched out into selling everything else under the sun. "Without taking sides on the contractual dispute between Hachette and Amazon," the letter reads, "we encourage Amazon in the strongest possible terms to stop harming the livelihood of the authors on whom it has built its business."

Though the letter has been shared publicly, it is still being revised before its official release (probably in the form of a New York Times ad). Still, it's already been signed by hundreds of authors, including Stephen King, Elizabeth Gilbert, Barbara Kingsolver, John Grishom, Malcolm Gladwell, and, naturally, James Patterson.

On the other hand, though, self-published authors are apparently singing a very different tune. Rather than writing an open letter, they've gone the much more populist route and started a change.org petition, which has already amassed more than 5,000 signatures. In the petition, which urges Hachette to agree to Amazon's terms, the authors make it clear they think Amazon is the true hero in this whole saga.

"New York Publishing once controlled the book industry," they write in the petition. "They decided which stories you were allowed to read. They decided which authors were allowed to publish ... Amazon, in contrast, trusts you to decide what to read, and they strive to keep the price you pay low." Moreover, they go on to say, "Major publishers like Hachette have a long history of treating authors and readers poorly. Amazon, on the other hand, has built its reputation on valuing authors and readers dearly."

There certainly is some truth to plenty of the points in the petition. For example, Amazon does give its self-published authors a greater share of their sales profits than authors would receive from traditional publishers. Then again, given that Amazon doesn't provide its authors with editors dedicated to making their book even better or a sales and marketing team to promote the book, Amazon isn't as entitled to a share of a book's profits as traditional publishers would be.

On the other hand, the observations these self-published authors make about the stubbornness of the traditional publishers trying to hang onto the status quo are fairly spot on. "Rather than innovate and serve their customers," the petition says, "publishers have been resisting technology." Which is certainly true, and it has been costing those companies dearly.

So who are the good guys here and who are the bad guys? Well, as usual, it's way more complicated than that. While it does seem fairly perplexing to many for a retailer to expect their suppliers to pay for standard features of their business — imagine if Barnes and Noble demanded that publishing companies paid for the stores' shelves — there is still the fact that everything Amazon wants to do would most likely mean lower prices for the rest of us.

But whether you see this feud as a ruthless retailer looking to monopolize the book publishing industry or as an outdated, shadowy publishing house looking to hold onto the status quo in the face of positive change to the industry, one thing is clear: We're all waiting with baited breath to see how the whole thing turns out.

More like this
Prince Harry Incorrectly Recites Christina Aguilera’s “Genie In A Bottle” Lyrics
By Jake Viswanath
Netflix Shut Down 'Bridgerton' S3 Rumours About A “Very Dark” Storyline
By Bustle
We’ve Entered The Hot Boy Reader Era
By Samantha Leach
Jessica Simpson On The Time She Was Pursued By A Backstreet Boy & An *NSYNC Member
By The Editors
Get Even More From Bustle — Sign Up For The Newsletter
From hair trends to relationship advice, our daily newsletter has everything you need to sound like a person who’s on TikTok, even if you aren’t.