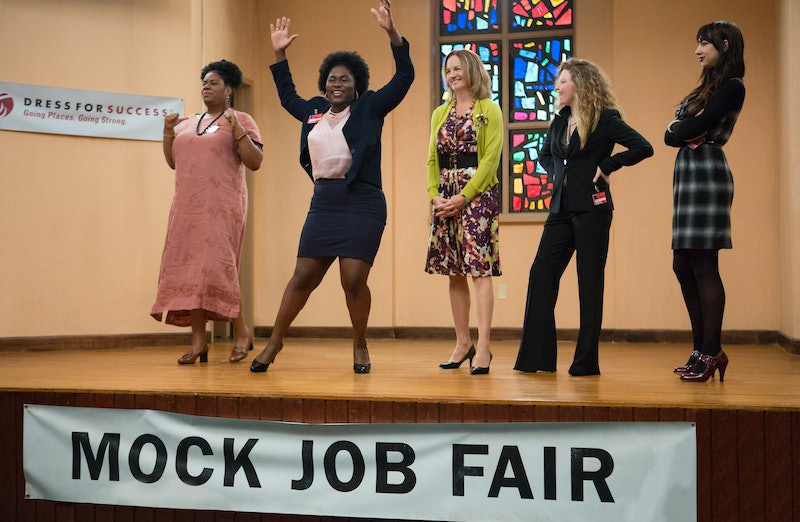 So we've a long, long, indeterminate amount of time to wait before we get to return to the ladies of Litchfield. Season 3 of Orange is the New Black may be in the beginning stages of production, but that doesn't meant you have to wait forever for Litchfield's finest to show up on your televisions. In fact several of the series' standouts are heading to more traditional television programs while the Netflix series is off the air — and we've rounded up every series where you can find them and crafted a handy dandy list for you all to enjoy.

Because sometimes you'll go to great lengths to get even the slightest fix of what you love. And if that means following the actors from one of your favorite series to their other, less prison-based projects, then so be it. Who knows — you may just end up finding your new favorite show that isn't Orange is the New Black. Or at least a solid enough salve to soothe the pain that is waiting for season three.

Don't say we never did anything nice for ya.

Like Danielle Brooks before her, Lyonne is heading to Lena Dunham's comedic and wacky world of white and whiny privilege as a character named Ricky. Though there's no word yet on who, exactly, this Ricky is, we're already excited at the mere thought of a Dunham/Lyonne pairing.

While we, personally, are shocked that Ryan Murphy didn't try to snatch up Toussaint to play a villain on one of his many shows, her role in ABC's Forever as a series regular sure does sound promising for her brand of brilliance. Here, Toussaint will play Lt. Joanna Reece, a "weathered," fiftysomething police vet who’s "seen it all," according to a report from TVLine.

We cannot get enough of Liev Schreiber's little half-brother. In fact he may be our favorite Schreiber yet (sorry, Ray Donovan). Going from one dark comedy to another, Schreiber the younger is set to star in HBO's The Brink , where he will star alongside Jack Black, of all people. Black stars as a Foreign Service officer who must work alongside Tim Robbins, Secretary of State, and Pablo Schreiber, Navy fighter pilot extraordinaire, in order to put a stop to a potentially cataclysmic international emergency.

In addition to her hilarious turn on House of Lies that we hope she reprises in its forthcoming new season, Lapkus is set to star in a new TBS comedy called Buzzy's. The show is a workplace comedy surrounding several kids who went to the same high school but ran in very different friend circles, tasked with working in a local barber shop.

While the show is currently on-air on Starz, it's only about halfway through the season, so we're including it. Daya's mom plays a character named Paz Valdez on the series which was recently renewed for a 10-episode second season.

We've already seen the first two episodes of this new series and we can tell you: you're going to want to watch this show. It is very, very good and one of the more interesting premises for a drama out there. Piper's brother brings the levity to the series about the top secret U.S. town that brought us The Manhattan Project (y'know, the creators of the atomic bomb?) as Louis 'Fritz' Fedowitz. He's a true scene-stealer and with any luck, the series will give him even more well-deserved success.

Matt McGorry (Bennett) — How to Get Away with Murder, ABC

Matt McGorry's got a good thing going now that he's been cast to star in one of Queen of All TV Rhimes' series at the House That Shonda Built (formally known as ABC). In what appears to be a series that is one part Grey's Anatomy, two parts Scandal, and one parts judicial process (but with the sexiness because duh), McGorry will play Asher Millstone, one of the students of Viola Davis' Annalise Keating.

Diane Guerrero will be tackling accidental conception in the CW's latest dramedy, loosely based on a popular Venezuelan telenovela. Guerrero will star as Lina opposite the main character, Jane Villanueva, a hard-working, religious young Latina woman who vowed to remain a virgin until marriage, but ends up accidentally artificially inseminated instead. Woops.