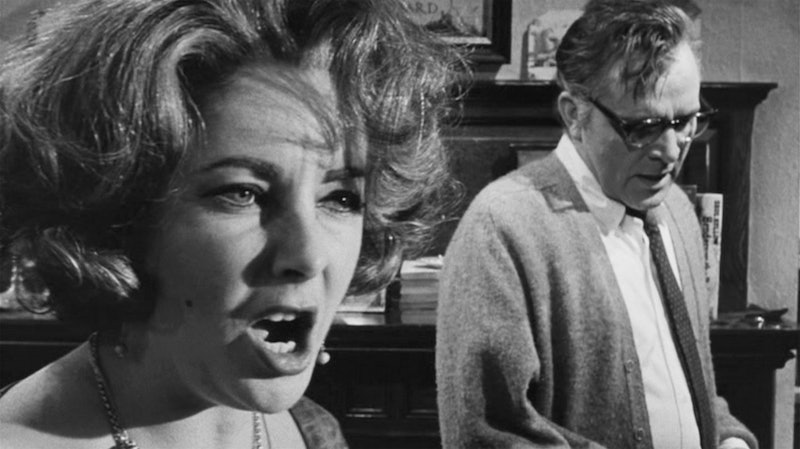 If you expect literature to teach you how to love, you may want to consider taking another Intro to English Lit class. Granted, we use the phrase "storybook romance" for a reason, because literature is littered with plenty of couples who were meant to be. From Jane Austen's careful, dedicated lovers to Gabriel García Márquez' magic realist soul mates, sometimes it seems like everyone in books is experiencing adorable meet-cutes, falling in love, and waltzing off into the sunset while engaging in healthy amounts of witty banter.

But for every pair of literary lovers who finish each other's sentences, there's a duo that does nothing but drag each other into the darkness.

Whether they're accidentally related, chillingly sociopathic, or chronic cheaters, some of the worst couples of all time can be found in literature's great plays and novels. Can you imagine how differently things would have turned out if these losers had just broken up with each other like 50 pages earlier? Sure, you might think that love in novels is all fun and metaphors, but believe me, sometimes there's nothing worse than meeting your special someone between the pages of a book.

1. George and Martha in Who's Afraid of Virginia Woolf?

George and Martha live to torment each other, playing "games" in public and exposing each other's secrets, each time crueler than the last. There's no end to the ways in which this duo will humiliate each other. And no one can describe their marriage better than Martha herself, who speaks of being trapped in "the mire of this vile, crushing marriage" — to George's face, of course.

2. Paris and Helen in The Iliad

Paris abducts Helen. This starts the Trojan War. Helen seems, at times, weirdly cool with this sequence of events. Note: Paris was a total loser on the battlefield and probably, by extension, in bed.

3. Cathy and Adam in East of Eden

Cathy leaves Adam after shooting him in the shoulder and abandoning their two infant sons. Adam definitely should have left Cathy long before their relationship reached the point where she was reaching for the gun.

4. Miss Kenton and her husband in The Remains of the Day

Miss Kenton, a housekeeper, and Stevens, a butler, work together in an old English estate for years, bickering constantly — but clearly in love with each other. Stevens, like a fool, never quite manages to ask her out, and Miss Kenton heads off to marry someone else. Girlfriend did what she had to do, but a part of her will always wonder if she should have abandoned her marriage for the secretly passionate butler of her youth.

5. Oedipus and Jocasta in Oedipus Rex

Their love doesn't last for long — Jocasta kills herself, Oedipus blinds himself — but they probably should have broken it off sooner. A lot sooner. As in, before it even started. Accidentally marrying your mother is never a good way to start a relationship.

6. Yunior and every single one of his girlfriends in Drown and The Brief Wondrous Life of Oscar Wao and This is How You Lose Her

In his recurring character Yunior, Junot Díaz has created an eternal cheater, who cannot stay faithful, no matter how much he loves the girl he's dating. He's a charmer and a looker, but he can't be tamed, and it's gross.

7. Stanley and Stella Kowalski in A Streetcar Named Desire

Sure, they have a great time in the bedroom, and — like George and Martha — they're a twisted pair of soul mates. But you don't want to stay married to the guy who maybe, probably raped your sister. You just don't.

8. Tom and Daisy Buchanan in The Great Gatsby

Tom cheats on her. Gatsby designs his entire life around making her dreams come true. Divorce has never sounded so alluring.

9. Bella and Edward in Twilight

Obviously, they were soul mates, but they annoyed everybody in the world, so their love has to end.

10. Macbeth and Lady Macbeth in Macbeth

If Macbeth had dumped his toxic bride years ago, she wouldn't have psychologically manipulated him into plotting murder, shamed him for his cowardice, committed the murder herself, and then died as a haunted shell of her former self. But he didn't — and she did.

11. All of Raymond Carver's married couples

Recipe for a Raymond Carver marriage: a lot of drinking, a lot of smoking, and a healthy dash of constantly thinking about how you'd like to leave your spouse. Mix well with weakness of character. Never change a thing.

Emma is so bored with her marriage to Charles that she'll do anything to escape it, including an affair and, um, suicide. Perhaps a conscious uncoupling would have done the poor dear some good.