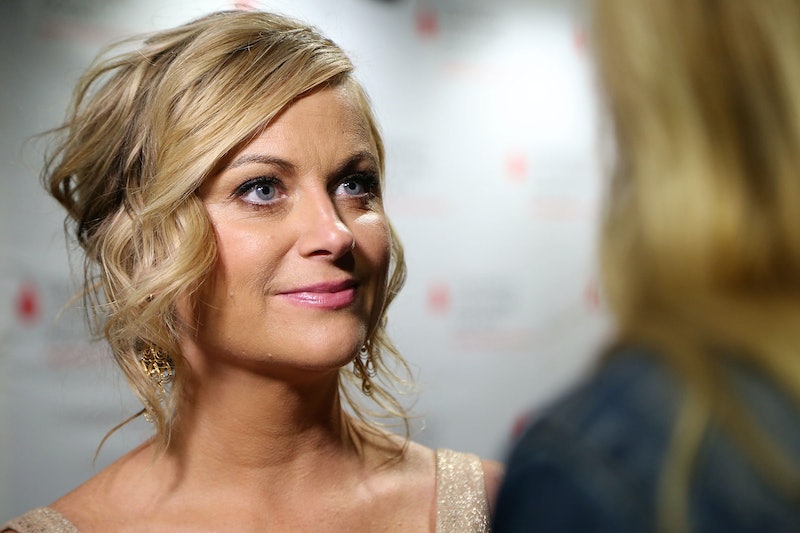 The Emmy nominations are almost upon us and it's important to note that the year's biggest night in television always find a way to surprise when the nominees are announced. This year, we hope that surprise does not involve snubbing the hilarious and incredibly hilarious Amy Poehler from the Best Actress Comedy Emmy list for her work as Leslie Knope on Parks and Recreation, because if it does, I'll be leading riots in the streets. Now, I understand how difficult this year will be with the list of women who have killed it on television running longer than the rules to Cones of Dunshire, but Poehler has been a consistent comedic force to be reckoned with for years, and she already has eight Emmy nominations under her belt.

Poehler is a powerhouse in the comedy industry among men and women and not getting a nomination (and let's be honest, an Emmy win) for Parks and Recreation would not just be a blow, it would be an injustice. This year saw Poehler's Leslie Knope get recalled from City Council yet still somehow bounce back, reunite Pawnee and Eagleton through a controversial merger and incredibly popular unity concert, accept a job at the National Parks Service, and find out she's pregnant with triplets. And that's before the show then jumped forward three years into Leslie's bright future.

The thing that bafflesme the most is the fact that the actress has never won an Emmy. Earlier this year, Poehler finally won her first Golden Globe for Best Actress in a TV Comedy — and she accepted it with hilarious style— but the Emmys have recognized her work for almost a decade now without actually letting her take home the gold. While I understand that people like Julia Louis-Dreyfus deserve the statuettes for Veep, another ridiculously funny show is in need of attention. Plus, Poehler's portrayal of Leslie journey over six seasons on Parks has proven to be funny and poignant. She's a character people feel for and love unconditionally and yet she has yet to receive love from Emmy voters.

Then again, these are people who have given the Emmy for Best Lead Actor In A Comedy for the last four years to Jim Parsons, Jim Parsons, Jon Cryer, and (you guessed it) Jim Parsons. They're not much for diversity apparently, even though the one year Julia Louis-Dreyfus was not nominated in the Lead Actress category still didn't end with a win for Poehler. The award went to Melissa McCarthy, another equally funny lady but one whose series, Mike and Molly, doesn't exactly showcase her immense talent.

If I were an Emmy voter — which is a statement I make every night in my journal — I would recognize the all-star comedians in the only way it makes sense to do so: On the years in which they truly deserve their award. This year has to be Amy's year. It has to be. But diversity should also come in the form on the nomination list since ever year, we are introduced to new hilarious ladies. I would love to see the Emmy nomination list include people like Mindy Kaling, Ilana Glazer & Abbi Jacobson from Broad City (which just so happens to be produced by Poehler), Emily Mortimer for HBO's Doll & Em, and of course Julia Louis-Dreyfus just to name a few. But it can include anyone as Poehler's name is announced as well. I can feel it, Poehler: 2014 is your year.