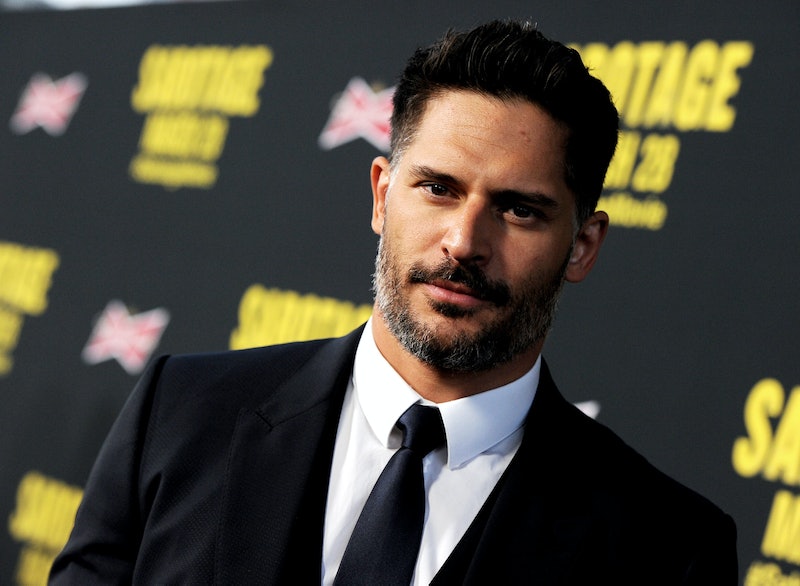 It looks like this werewolf has found love offscreen. Joe Manganiello's character, Alcide, may have had a tough break on last Sunday's episode of True Blood , but don't cry for Manganiello just yet. According to a source for People magazine, the HBO actor is now dating another crazy gorgeous television star. Manganiello is now dating Modern Family star Sofia Vergara. Apparently, Manganiello is dating his own celebrity crush — he reportedly raved about the actress in People's Sexiest Bachelors issue, back when Vergara was with fiancee Nick Loeb. It looks like perfect timing for the new pair — the only problem is that they're almost too beautiful together to look at for very long.

Despite Manganiello's natural hotness, we haven't seen him out on the town with a ton of famous actresses. In fact, the guy behind Sookie's werewolf beau has been connected to just a few Hollywood women. His longest relationship in the public eye was his relationship with Audra Marie, who starred in the television series Workshop. The two began dating in 2009 and got engaged in 2010, but in 2011, Manganiello and Marie called their engagement off. Here's the pair below during happier times:

After his breakup with Marie, Mangianello stepped out on the town with Veronique-Sophie Lazoore, a French actress. They were spotted making out around town in 2012, but the relationship seemed to fizzle out rather quickly. After that, Mangianello was seen with model Bridget Peters, whom he met at a boxing match in Las Vegas. (Peters was a ring girl.)

Peters and Mangianello's relationship didn't last too long, because in March of 2014, Mangianello made an announcement on Today that made True Blood fans everywhere jump for joy — he was once again single.

Now it seems that Vergara has the place in Mangianello's heart, and honestly, I can't think of a more beautiful pairing. I mean, hello, let's just look at them for a second.

More like this
At 28, Emma Thompson Was Already A Star — But Unhappy In Love, Actually
By Olivia-Anne Cleary
Paapa Essiedu Likes To Keep His Relationship Pretty Private
By Maxine Harrison
Khloé Kardashian Is Reportedly Dating A Private Equity Investor She Met Through Kim
By Jordyn Tilchen
Who Is Betty Who Dating? The Australian Singer Is Married To Her Tour Photographer
By Radhika Menon
Get Even More From Bustle — Sign Up For The Newsletter