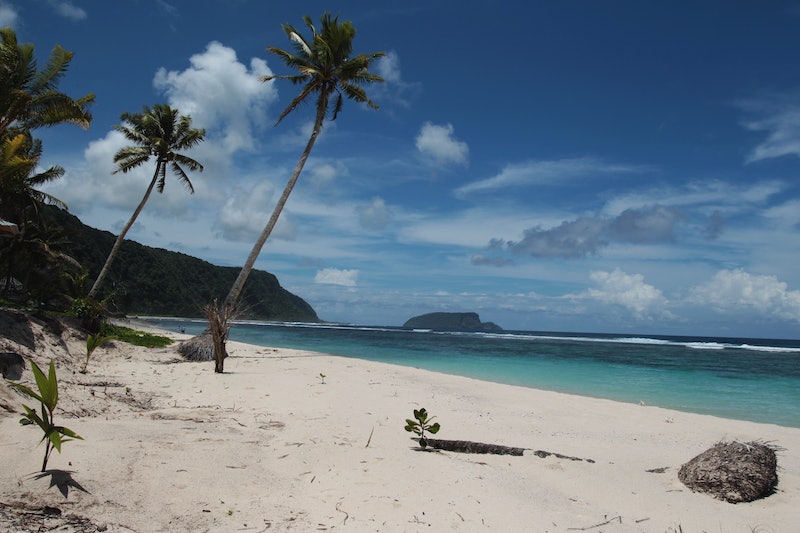 Meet Carleigh O’Connell. She’s 14 years old and lives in New Jersey. She’s also our new favorite body-image hero — and all because of a selfie. Yes, I know I tend to bemoan the existence of selfies pretty frequently; this one, however, takes a mean-spirited instance of bullying and turns it into an awesome message of body positivity — a message that I hope spreads as far and wide as it possibly can.

O'Connell, you see, had heard that someone had spray painted the words “Carleigh’s ass” on a cement barrier at the beach in Wall, New Jersey. Given the unique spelling of her name, she knew without a doubt that the graffiti was referring to her. Of course, she was upset about it — who wouldn’t be? — but she also wasn’t willing to just lie down and take it. Instead, she sought out the rock and snapped the proud photo above, owning it in the truest sense of the word. She’s urging as many people as possible to share it in the hopes that it will do some good in the world.

“We talked about it. And while she was upset, she told me she was going to make something good out of it. I told her that I would support her. Hence, she just sent me this photo. She posted it on her Instagram and I in turn am posting this on my Facebook page. She decided that she was going to be stronger than hurtful words on the concrete and that she was going to be proud of her figure. She also told me that she feels complete sympathy for the teenagers across the country who face this everyday [sic]. She understands and wants all of them to find strength inside to rise above the nastiness and be empowered by who you are, how you are made and what is in your heart.”

“I didn’t know I could look something in the face like that and conquer it,” O'Connell said to TODAY.com. “The biggest message I want to get across is just to be strong, and that anyone who has experienced bullying and anything like that, that they’re not alone and there’s people there for them — and I’m one of them.” “She’s kind of embracing it, saying if it’s going to help one girl or one boy, it’s okay," added her mother. “I think sometimes our kids teach us… It’s taken me 50 years to have this much strength. I’m glad she’s got it at 14.”

As O'Connell's mother noted on Facebook, “For all youth across America and the world. Words can hurt but how you handle the words makes all the difference.” True that. So let’s all put our social media accounts to good use and make this thing go viral.