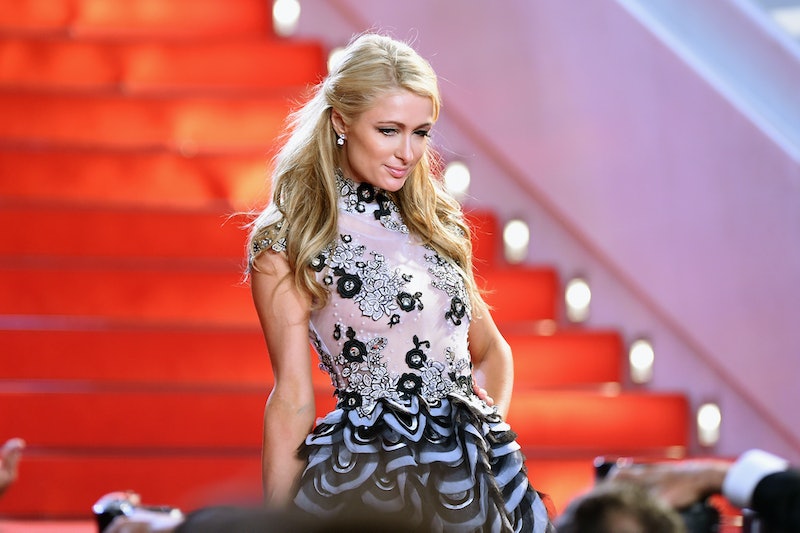 Before Kim Kardashian, before the Real Housewives, there was Paris Hilton, the socialite who ushered in the wave of celebrities would later become famous for being famous. Hilton was a tabloid staple in the early '00s, so much so that gossip columnists were so saturated with Hilton news that they had to actively ban her from their reports. She was a reality TV star, a singer, a business mogul, and, for a brief moment in time, an actress. (This scene in House of Wax was a pretty big deal.) Hilton's fallen off our celebrity radar (I blame the Kardashians) but now, it seems that she's itching for a comeback. Hilton just released her new song "Come Alive," and it's nothing like the Hilton we heard back in 2006.

One of Hilton's many random projects was her self-titled album Paris, which came out in 2006. Her two big hits were the songs "Nothing In This World" and "Stars Are Blind." "Stars Are Blind" had a chill, beachy-vibe, instantly giving it song of the summer credit. "Nothing In This World" featured vocals by a then-unknown Kesha and had a Girl Next Door -themed music video co-starring Hilton's House of Wax co-star, Elisha Cuthbert. Sure, they weren't earth-shattering, Grammy-winning pop songs, but they were decent pop tunes. You could play them on your pink iPod Mini without your ears bleeding. (It was 2006.)

But this new song, "Come Alive?" My ears are not really fans. It's an EDM song, and I'm thinking that someone would need to be a huge fan of EDM to listen to just okay EDM. The song is crazy auto-tuned, to the point where the song occasionally hits uncomfortably high-pitched notes.

To be fair to Hilton — who allegedly wrote all of the songs on her new album which is being released by Cash Money Records — it isn't the worst song I've ever heard. In fact, "Come Alive" sounds a lot like other EDM songs currently on the music scene. Maybe that's the problem — it's not particularly inspired.

That being said, maybe we shouldn't write off Hilton's musical endeavor just yet. After all, her first single "Good Time" actually was a good time. (Her music video put Miley Cyrus' "We Can't Stop" to shame, and that's saying something.) Sure, it's a song about Hilton's love of partying, but that's kind of Hilton's thing... and everyone needs to be good at something, right?

As much as I miss Hilton's light-pop sound, it's good to see that some things just don't change. Welcome back to the fame machine, Hilton — I kind of missed you.