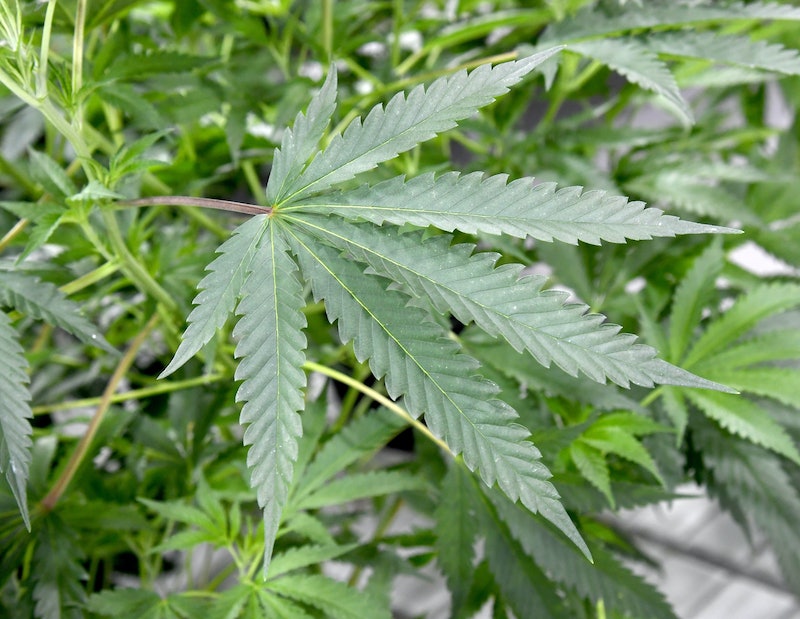 Well, Pacific Northwesters, the day is finally upon you — pot is now legal for recreational purchase in Washington, so means hundreds of living rooms across the state will be hazy with Purple Thai any second now. Or White Widow, or Sour Diesel, or... Jack Herer, let's say? Whatever you want, because the weed is all legal now! Isn't that weird? It certainly feels weird.

Washington is now just one of two U.S. states to have approved full marijuana legalization, along with Colorado. There aren't as many places to actually buy it as there are in the Mile-High City, however, though that should change pretty soon — only 24 of the 334 marijuana businesses that applied for licenses were granted in time for Tuesday's grand opening.

Bloomberg cites Main Street Marijuana in Vancouver, and Cannabis City in Seattle as two prominent licensed locations — the latter is reportedly the only licensed spot in the city, but if you're the kind of person who's been waiting to pounce, you probably knew that already. They had some fun with the occasion, turning down the traditional ribbon-cutting ceremony in favor of slashing through police tape.

According to Mikhail Carpenter, a spokesman for the Washington State Liquor Control Board quoted by The New York Times, "a lot of people weren’t ready" to clear the licensing hurdles so soon.

But that's still 24 places in Washington where a legal adult can now stroll into a shop and purchase some greenery. It would be careless not to mention that there are possible negative impacts of this, as well — edible marijuana, for example, is much easier to inadvertently over-consume, and can make for a pretty hellish experience. Colorado has also rolled out a public service campaign to try to combat stoned driving, which while short of the statistical hazards of drunk driving, is a worthwhile public safety issue.

But it's also a massively important change in public policy that Washingtonians won't be arrested, charged or thrown in jail for smoking weed anymore, at least not doing so safely and within the states' prescribed limits. And while Colorado's system has struggled with the coexistence of both recreational and medical marijuana outlets, stifling some of the anticipated tax revenues, they're still projected to pull in $30.1 million in taxes for the fiscal year, according to The Denver Post.

So, basically, some basic tips worth recaping:

I think that about covers it. Enjoy your legal weed day, Washington! We can only wait and see how long it'll be until more states follow suit.