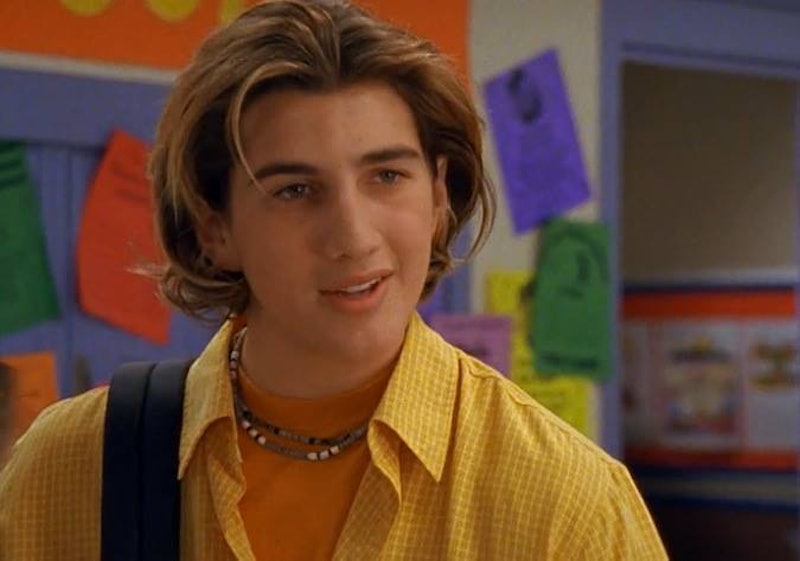 Lizzie McGuire had great taste in many things — funky hair accessories, platform shoes, and, of course, Gordo — but one thing that the star of everyone's favorite middle school comedy Lizzie McGuire lacked was a fine-tuned taste in guys. Don't get me wrong — Lizzie's ultimate crush Ethan Craft was gorgeous, but while he was easy on the eyes (his hair met the length criteria of all crush-worthy Disney Channel stars) he wasn't exactly the sharpest tool in the shed. Though Lizzie eventually abandoned her crush on Ethan (she shared a kiss with Gordo at the end of the Lizzie McGuire Movie instead!) I've always been curious as to what happened to Ethan after the movie was over. Surely his real-life counterpart, Clayton Snyder, can't be as dim-witted as Ethan. (And he did have that hair...)

Luckily, we have something called the Internet, which allowed me to find out just what Clayton's been up to since his Lizzie McGuire days. If Ethan wasn't a worthy crush for Lizzie, Clayton might have been. After Lizzie McGuire, Clayton took a break from the acting world and focused on his studies. He attended Pepperdine University (after earning a scholarship — so not Ethan of him) where he played on the water polo team, scoring 119 goals during the four years at college. According to website TheTrueGossip, Clayton majored in film studies, but avoided acting to focus on his water polo career — until one summer, when he "dipped back in" and realized he still had a passion for the art.

Clayton recently moved back to Hollywood to focus on his acting career, where he stars in several web series, including Speechies , about a high school speech team. He's also had a guest role on a 2014 episode of NCIS. Who knows — maybe we'll see Clayton back on TV in a starring role some time soon.

But I know, I know — you want to see what he looks like, right? Check Clayton out.

And watch this USA Water Polo video below for evidence that proves Clayton is really, really not Ethan Craft. (Look at all the sentences he's forming!)

If only Lizzie McGuire had stuck around into Lizzie's college years — college Ethan might have been someone worth crushing on.

Looking good, Clayton — though we miss the mid 00s haircut.