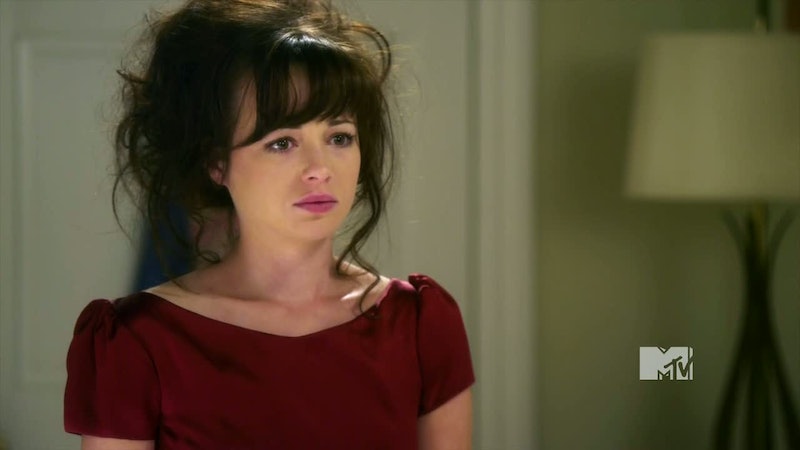 Zach Stone Is Gonna Be Famous wasn't so famous after all — the freshman series starring comedian Bo Burnham was canceled by MTV after one season — but Awkward is still enjoying its time in the spotlight. The MTV drama has been renewed for a fourth season. It's a celebration for some — but fans could see changes ahead for the series, which stars Ashley Rickards as Jenna, a teenager trying to navigate life after a mistaken suicide attempt.

Because Awkward has not only gained another season on the network, but also two new showrunners. After former chief Lauren Iungerich left the series in June following the third season for work and personal reasons, Chris Alberghini and Mike Chessler have signed on board.

So what does that mean for Awkward? Previously, Alberghini and Chessler created a series starring another suitably awkward actress, Tori Spelling's noTORIous, and spent a considerable amount of time in high school, having worked with 90210. It seems the duo is primed for Jenna's world. Who knows — maybe they'll be enough to finally give Awkward the popularity it deserves come Season 4.