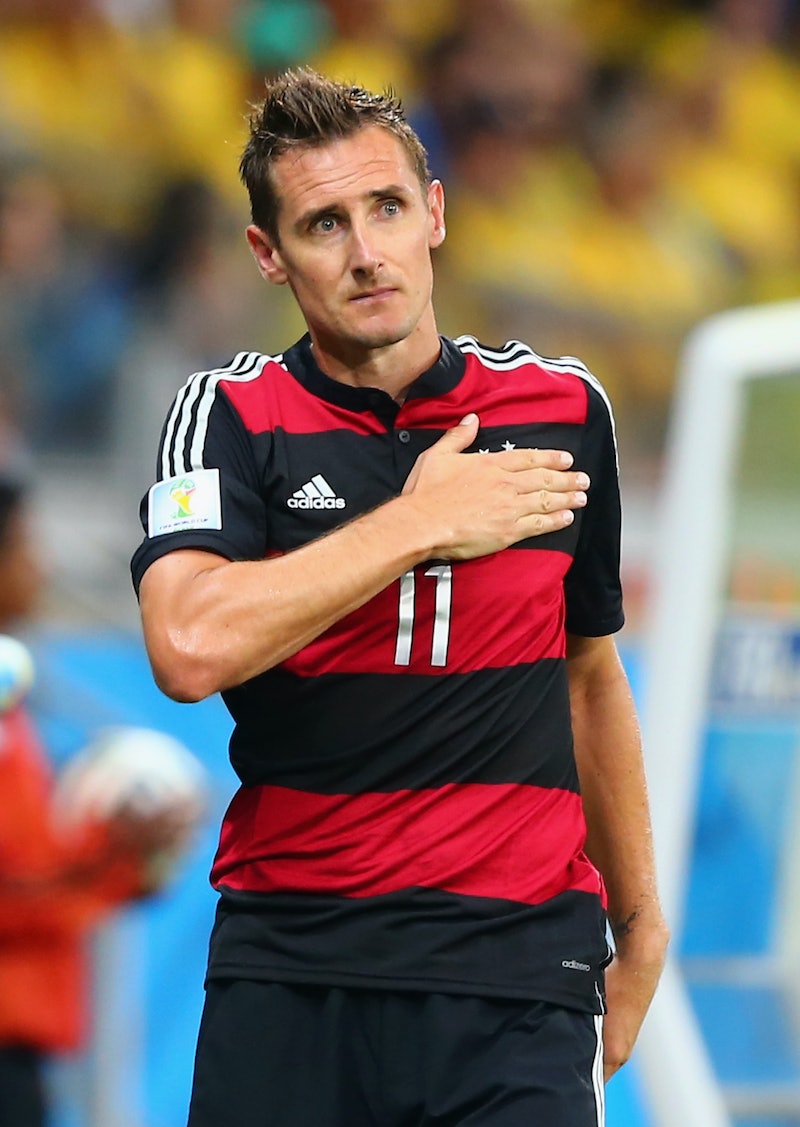 It was pretty much impossible to miss the insanity that occurred during Tuesday's semi-final World Cup game. Germany defeated Brazil 7-1, which was no surprise once Germany scored five goals in the first 29 minutes. The game (and even the final score itself) ended up breaking all kinds of records — 29 minutes is the fastest any team has scored in a Word Cup match (Yugoslavia made five goals against Zaire in 30 minutes in 1974), and it was the biggest goal margin ever in a World Cup semi-final. So yeah, it was an intense time in the World Cup, one may say. But does that really make it OK that "Nazi" was trending on Twitter?

Within minutes, the Twittersphere was ablaze with offensive Nazi Germany remarks — several "jokers" even used "Nazi" as a pun ("Germany did nazi this coming"). C'mon. Seriously? Who even started this trend, and why does anyone think it's funny?

Of course, Nazi jokes are nothing new. Just two weeks ago, people tweeted the same thing during the U.S. - Germany match. Check out Deadspin's illustration below, which shows exactly when the Nazi jokes started:

Obviously, Twitter is Twitter so jokes (and even jokes in poor taste) are expected. And yes, Brazil just got a major whooping in its home country, of all places. But Nazi jokes? That's just cruel, unnecessary, and outright ridiculous.