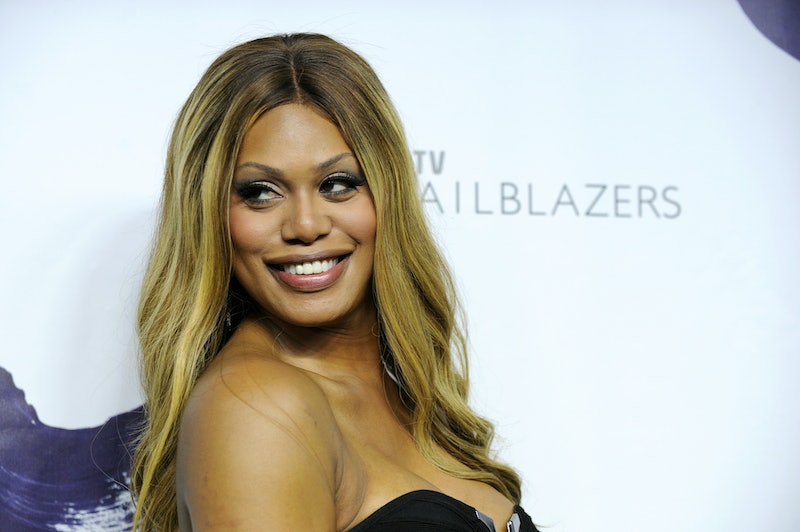 Guys, we've got some great news for Orange is the New Black fans: Laverne Cox is guest starring on Girlfriends' Guide to Divorce . According to a press release from Bravo Media, Cox is set to play Adele Northrop, a Pulitzer-Prize winning war journalist (impressive!) and LGBT activist (even more impressive!) who presents an award at a marriage equality gala (yay, more impressive things!). The show is Bravo's first original scripted series — Wait, what? How is that possible? — and follows Abby McCarthy (House's Lisa Edelstein), "a self-help book author who hides the fact that she's separated from her husband as she starts to navigate her life as a single woman in her early 40s." Ooh la la!

It's exciting that Cox has been cast in another TV show since she's such a strong actress, and though we welcome the day when Cox can choose from any role, not just LGBT-realted ones, it is exciting to see her in another role that deals with LGBT issues in a positive and humanizing way. Every time Cox is on our TV screens, she normalizes transgender women for the audience. With Cox in the public eye, hopefully the subject of transgender people will become more and more familiar to the viewer, and thus more and more accepted.

And, of course, playing Sophia and the soon-to-be Abby are not the only roles Cox has taken on that have positively portrayed LGBT characters. The critically acclaimed actress, producer, speaker, and advocate has accomplished a hefty list of firsts as a transgender woman of color. Not only has she played a leading role in OITNB, she's also produced and starred in her own TV show and appeared on an American reality show. In addition, this fall Cox will executive produce and host Trans Teen: The Documentary and continue her work on a documentary titled Free CeCe , which is about CeCe McDonald, a trans African-American woman who "survived a violent, racist and transphobic attack and served time in a men's prison in Minnesota." (Not to mention that Cox has received multiple GLAAD Awards for her activism.)

The only bad part about this casting news is that we'll have to wait until the show premieres later this year. We want more Laverne Cox now! (New button pin, anyone?)