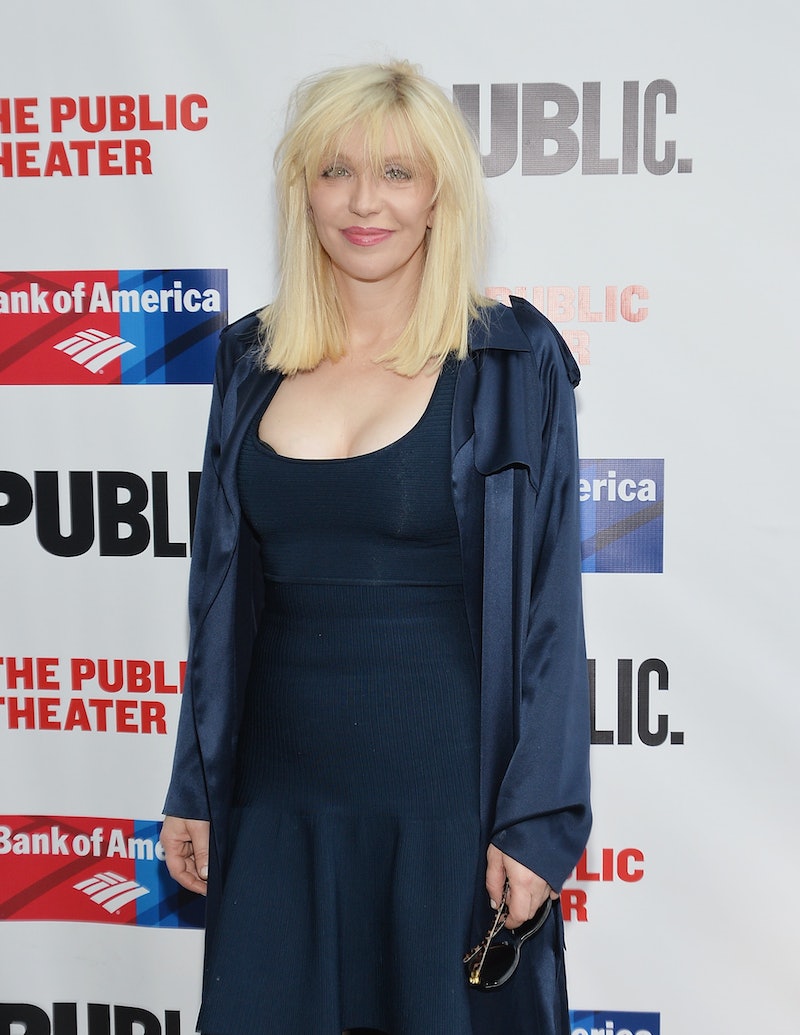 I don't know about you, but honestly, it slips my mind a lot that Courtney Love acts sometimes. In my defense, though, she hasn't really been in a featured role since last decade, so it has been a while — and, you know, it's really just much easier to remember that she sings and sometimes goes crazy on social media than it is to remember that she once portrayed the fourth wife of Larry Flynt in a movie opposite Woody Harrelson. But, yes, Love is indeed an actress, and it seems she's headed back to the craft: According to EW, Courtney Love is set to guest star in Sons of Anarchy 's final season, which will premiere in September of this year.

It actually is an oddly fitting choice on the casting director's part, when you think about it — Love is a fairly tough woman (listen to any Hole song for proof), and Sons of Anarchy is a show that features tough women who take no shit from anyone. It works.

As for who she'll play: Love will be portraying Jax's son Abel's preschool teacher, Ms. Harrison, who ends up having some problems with Wendy (Drea de Matteo), Abel's biological mother. Drama! Her character will first show up in the fourth episode of the upcoming seventh season.

Welp, if it wasn't clear already, it is now — season 7 of Sons of Anarchy is definitely going to be an interesting one. Check out the trailer, which debuted yesterday, below.