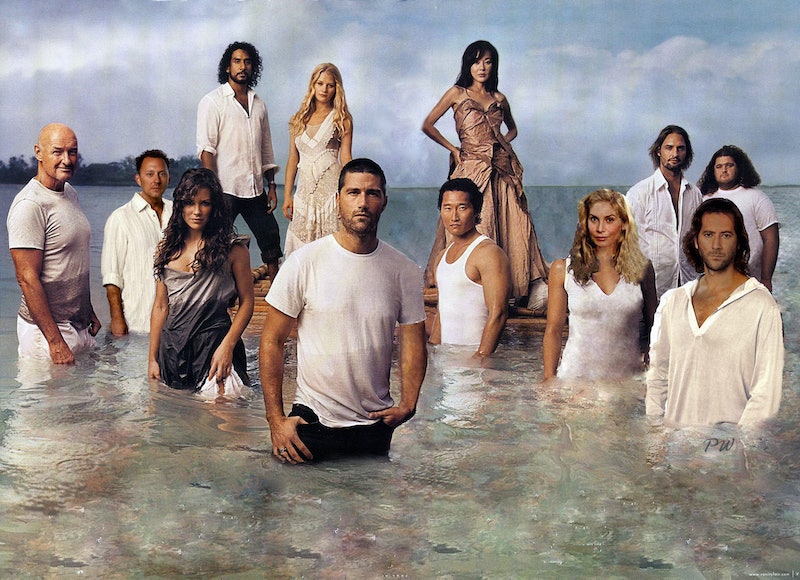 There have been plenty of shows more accessible, satisfying, and, perhaps, even better overall, but 10 years after that first episode, Lost still holds a special place in our collective hearts as one of the best drama series of all time. From Hurley to the polar bears, the the Dharma Initiative to "not Penny's boat!!," Lost made an impact on TV at the time of its airing greater than that of any other series, and today, even with the surplus of high-quality shows available, that complicated, confusing, often irritating ABC drama about a group of survivors still means more to fans than anything else out there. So it's a pleasure every time aspects of the series pops up in our lives, such as when former Lost cast members show up on other series; when, for instance, we hear about an alum like Elizabeth Mitchell getting cast on Once Upon a Time , it's a welcome reminder that while the show is long over, its legacy lives on.

While Mitchell, who played Juliet, won't be showing up on Once Upon a Time for another few months, it's still exciting to know that a Lost alum, especially one so beloved (well, at least by fans), will be rejoining the small screen. Even better? She's not the only one. Nine more former Lost cast members who'll be on TV this fall:

Now On: Hawaii Five-0, where he's been since 2010. Kim plays Detective Chin Ho Kelly on the hit series, which was recently renewed for a fifth season.

Now On: Hawaii Five-0, alongside his former Lost-mate, Garcia guest-starred in several episodes throughout season four as Jerry Ortega, a conspiracy theorist, but starting this fall, he'll be a series regular.

Now On: Gang Related, a Fox drama that premiered in May. His character, Sam Chapel, is head of the LAPD's gang task force. Reviews of the show haven't been great, but it's early enough that things could improve before long.

Played: Sayid, an Iraqi communications officer with a dark past

Now On: Sense8, a Netflix sci-fi drama produced by the Wachowskis. It'll premiere either late this year or early next.

Played: Sun, a kind, quiet woman with an overbearing husband

Now On: Mistresses, playing Karen, a psychiatrist. The ABC show debuted its second season in June.

Now On: Once Upon a Time. De Ravin is Belle of Beauty and the Beast fame.

Played: Ben, the leader of the Others

Now On: Person of Interest, a CBS crime drama entering its fourth season this fall.

Played: Desmond, a man shipwrecked onto the island

Now On: The 100, a sci-fi CW drama that just finished up its first season.

Played: Michael, a determined father who leaves the island with his young son

Now On: Z Nation, a Syfy drama currently filming, and Constantine, an NBC horror show set for a fall premiere.