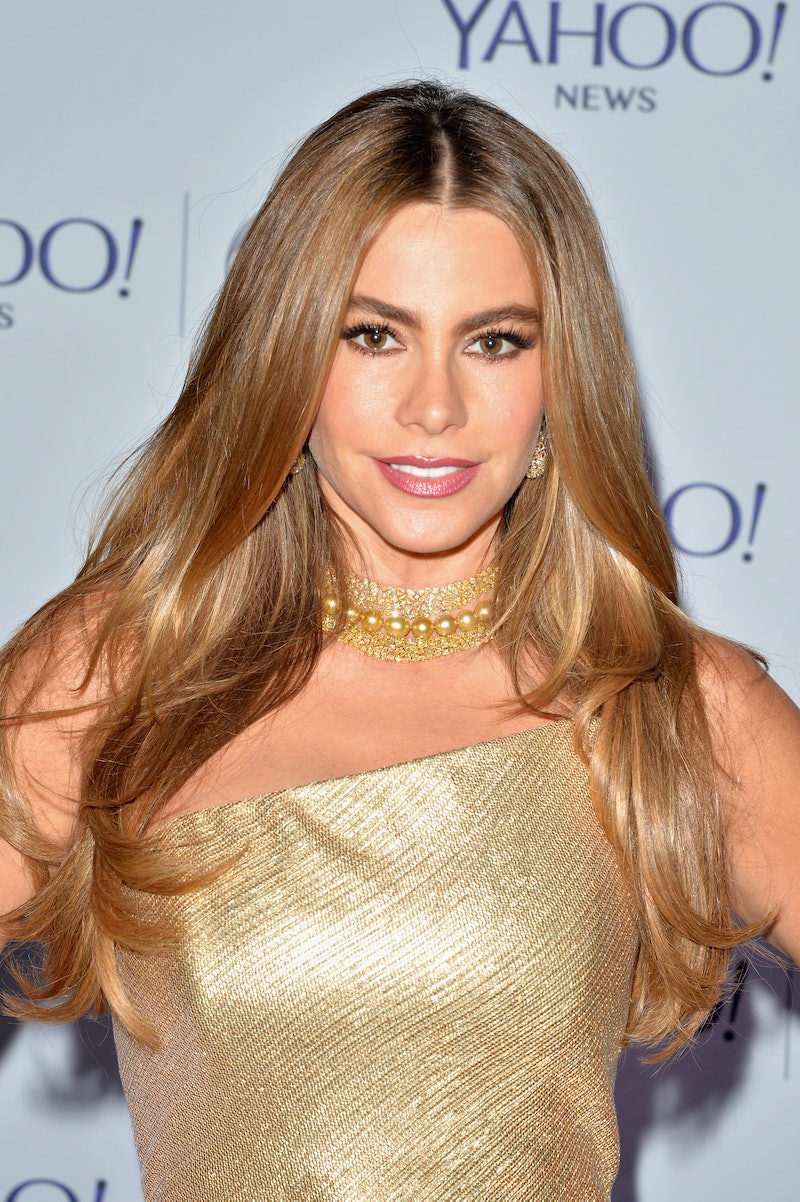 The Internet was abuzz yesterday with rumors of a possible new romance in Hollywood that would make any TV fan's head explode (Modern Family and True Blood?!) but, now that we're all over the initial shock, we can really ask ourselves: Is it true, or just your run of the mill Hollywood gossip? Sofia Vergara sort of addressed rumors that she's dating Joe Manganiello in a new post on Twitter today — and by "sort of," I mean her Modern Family co-star Jesse Tyler Ferguson mentioned them, and she responded coyly enough that it's not really a confirmation, but it's also definitely not a denial. It's probably the best we're going to get unless things get really serious, so let's just take it, yeah?

"All these rumors are crazy... Here's the truth: I'M actually dating @SofiaVergara...it happened after @JoeManganiello & I broke up," Ferguson first tweeted jokingly, before Vergara responded with a tweet of her own: "All your fault :P :P"

Emojis! Joking response! The rumors could be true. Plus, gotta say, there's more evidence that they are than there is that they're not: Vergara recently split with her fiancé, she and Manganiello were photographed out together in New Orleans just recently, and Manganiello has said before that Vergara is his ideal woman — so...it's not totally out of the blue.

Check out Vergara's coy tweet below and decide for yourself. I'm going with yes.