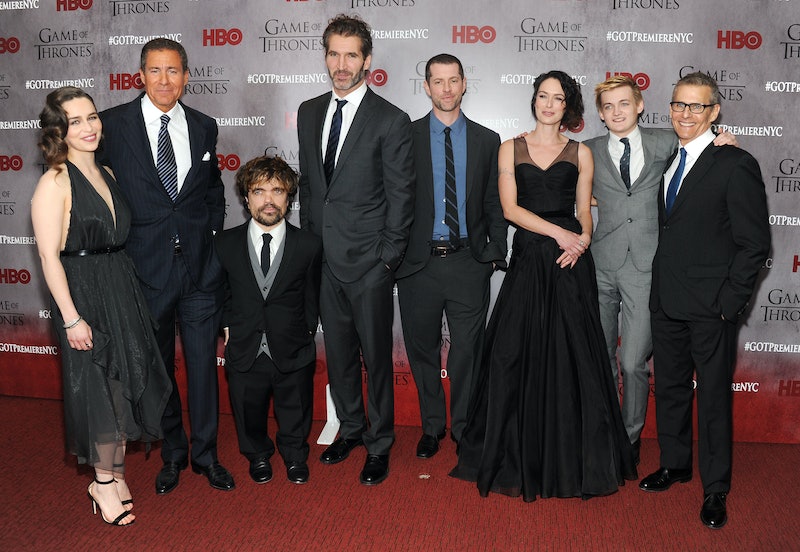 Let's get one thing straight: nobody who watches Game of Thrones will instantly want to tune into your show if you call it your "answer to Game of Thrones ." And if you think that, fair television executives and creators, you might be far less intelligent than the already-low opinion you seem to have of your audiences' smarts. Because let me tell you this — trying to ride someone else's wave, as we've seen time and time again, doesn't work. This is 2014, folks: originality is the name of the game.

This all comes on the heels of an announcement of BBC America's latest show, called The Last Kingdom. Based on The Saxon Stories, a popular series of warrior novels written by Bernard Crornwell, The Last Kingdom has been adapted by Stephen Butchard to air on BBC and BBC America, the network announced on Wednesday. And even the esteemed New York Times is calling it their answer to Thrones .

The show — named for the first installment of Mr. Cornwell’s novel series — will follow Uhtred, son of a Saxon nobleman who was kidnapped and raised by the Vikings who had previously killed his parents. Uhtred must then decide whether to be loyal to those who raised him or the ancestry that runs through his veins. Either way his goal is to reclaim those ancestral lands and ultimately claim a role in the early historical doings of what we now call England.

Now, whether it is the press or a studio head calling a series "the next Game of Thrones," it's dismissive and derivative all around. People don't want to be spoonfed a variation on a theme — they want something bombastic and original. But often, thinking on such a basic level — "let's do something Game of Thrones-y!" — is how many (though not all!) network executives think when crafting what sort of series they want in their programming docket. "Emulating success" is really just code for riding the coattails of, but if you think for one second an audience — particularly one with the fervency and obsessive nature that most Game of Thrones fans have — won't see that positioning coming from a mile away, then that's a problem.

We're now making television in a post-Sopranos, post-Breaking Bad world. Nobody wants variations on a theme. Audiences want well thought out characters with strength and dynamic personalities (no more good guy/bad guy stuff, we're afraid). They want history and/or a world that's been fully fleshed-out and created. They want original, creative thought — they want to get lost in the story, enveloped in a world. Just because they like dragons and medieval things on one show doesn't mean they'll like them on all of the shows. Even in fantasy, it has to feel organic. And guess what? Audiences are smarter these days and they know when it just doesn't work. Anyone remember World Without End? Yeah. Exactly.

Will The Last Kingdom be good? Will it be just another Game of Thrones wannabe? It's clearly far too soon to tell, but if the BBC is smart, they'll let it be its own thing entirely and not try to be something it's not. It will create its own atmosphere, pacing, line of storytelling, and heart rather than attempt to be a copy of an already-successful formula. Even Jon Snow knows to be more than that — and that lil fella knows nothing.