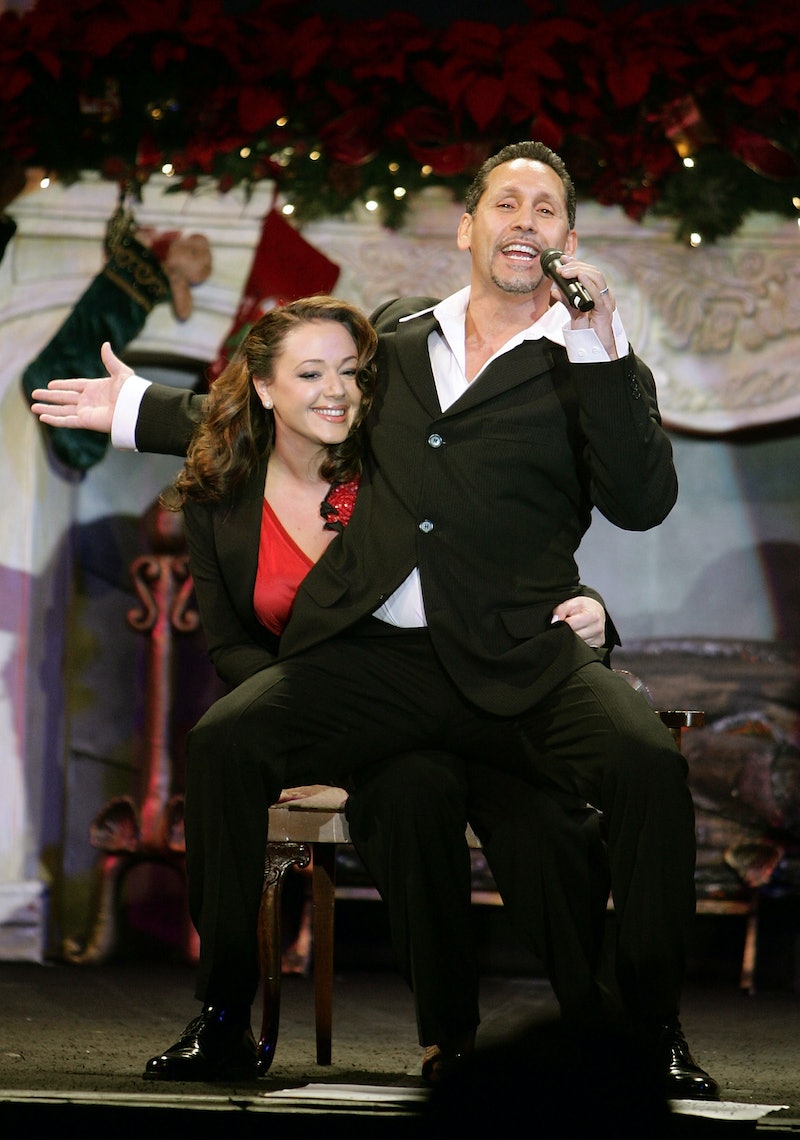 There are a few recognizable subjects of family reality shows: the wise and sassy beyond her years adolescent daughter, the mom who acts more like a friend to her daughter, and the long-suffering but loving husband. Leah Remini's new reality show, Leah Remini: It's All Relative , falls into all of those tropes, but with one difference — we're actually kind of curious what her crazy family is like, especially her husband. Remini has been married to Angelo Pagan, an actor and salsa musician, since 2003, and they first met in 1996, long before either had even a glimmer of fame.

Since then, they’ve gone through a lot of upheaval, from the highs of having a hit show, to the lows, like Remini’s tough decision to split from Scientology after over 30 years and a Twitter feud with Sharon Osbourne over a gig on The Talk going south. Throughout, Pagan has stuck by his wife, proving how important family is to both of them. It's definitely not just lip service for the cameras. They decided to produce the reality show to demonstrate to viewers that not every famous family is the Kardashians — most are just trying to get by like any normal family.

It turns out, It's All Relative isn't the first time Remini and Pagan have appeared together onscreen. He guest starred on The King of Queens as a few different characters, including one memorable appearance in which he plays a doctor who Remini's Carrie fantasizes about salsa dancing with. Check out the dream sequence below.

Since Remini is the big name and breadwinner in their family, viewers might get a chance to see a different sort of reality TV husband on It's All Relative. Instead of the typical Real Housewives Husband (trademark: Bravo), a distant, disapproving figure who judges how his wife spends her time and money, or the newer, Real Husbands of Hollywood Husband (trademark: Kevin Hart) a vain, broke jerk who chats up cute girls by the pool while his wife's at work, we might see a Real Husband of Real Life, a guy who’s willing to help out by doing dishes, watches his own kids on the reg, and isn’t threatened by his wife’s success. If the show can accurately portray what it’s like to be in a marriage with a guy who’s that much of a catch, a little bit of cliché elsewhere is no problem at all.