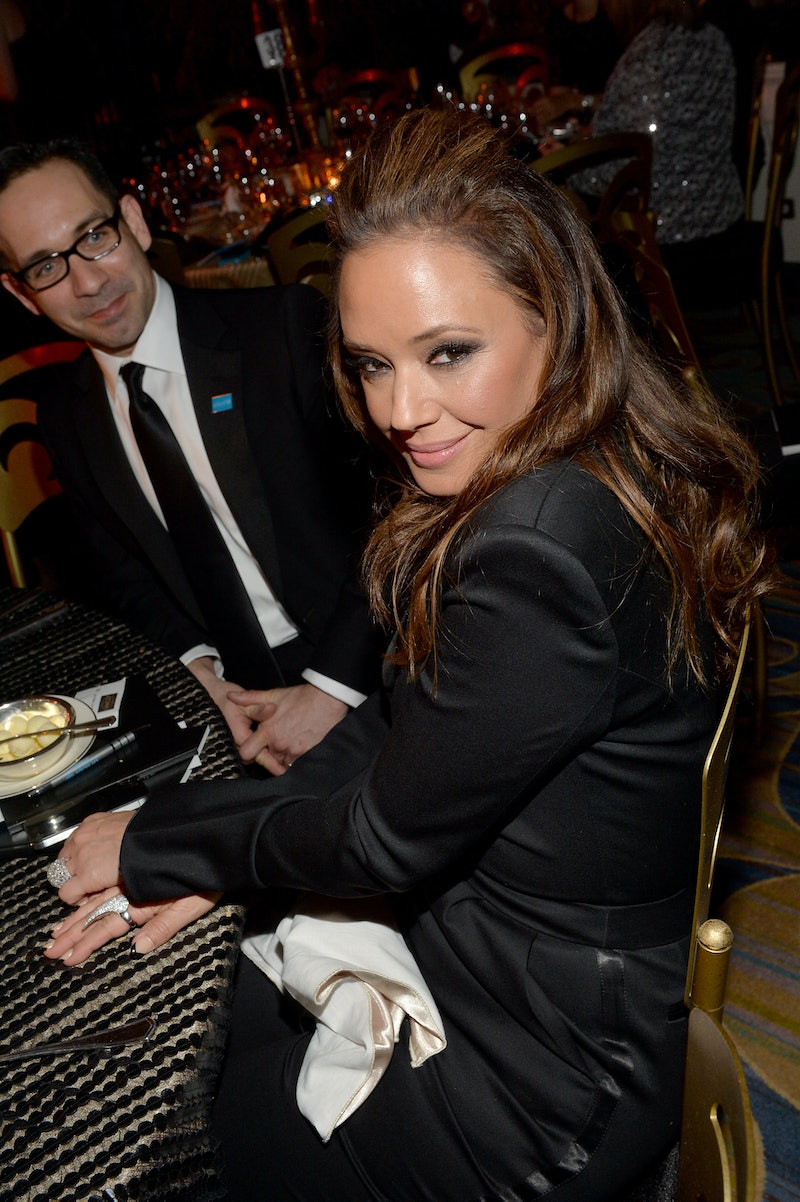 On Thursday night, TLC will premiere it's latest reality series, Leah Remini: It’s All Relative , tracking the life and times of the King of Queens star and her big, messy, TV-ready family. However, the series will also address Remini's high-profile split from the Church of Scientology, with the first episode featuring Remini throwing a party to thank everyone who stuck by her. For a long time, Remini was a high-profile Scientologist, though she was always more outspoken and candid than some of her fellow famous church members about not being happy with every aspect of the religion.

The head of Scientology, David Miscavige, has been the center of most of the scandals around the church. He’s the one who’s always BFFL'in with Tom Cruise, loves expensive motorcycles, hates psychiatric medicine… that guy. Remini was good friends with Miscavige’s wife, Shelly, who disappeared from public life several years ago. While Miscavige insisted nothing was out of the ordinary, Remini wasn’t satisfied, so she reported Shelly missing to the Los Angeles Police Department. The police dropped the investigation when they visited the Miscavige home and said they met with Shelly. But Remini still wasn’t able to regain contact, and decided to officially split from Scientology.

There have been other celebrities who have left before, like screenwriter Paul Haggis, and of course, Katie Holmes and Suri Cruise. Remini has told PEOPLE she was driven to leave the church because its policies were alienating her from family and friends.

So it's no surprise that Remini's new show is all about her family and how close they are. When Haggis left the church, Remini refused to cut him out of her life, even when he wrote a series of articles about why he broke away and believed others should follow. Because of that friendship, she faced a lot of internal pressure and shaming from the church, but didn’t let herself be bullied and only left when she decided the time was right.

While many in Hollywood are afraid of badmouthing Scientology for fear of ruining their career, Remini’s more visible than she’s been in years. She just finished up a run on Dancing With the Stars, guest hosted on RuPaul’s Drag Race, and did a season of The Talk. Now, Remini will give viewers a look into that fast-paced life with It's All Relative. Let's hope we can keep up!