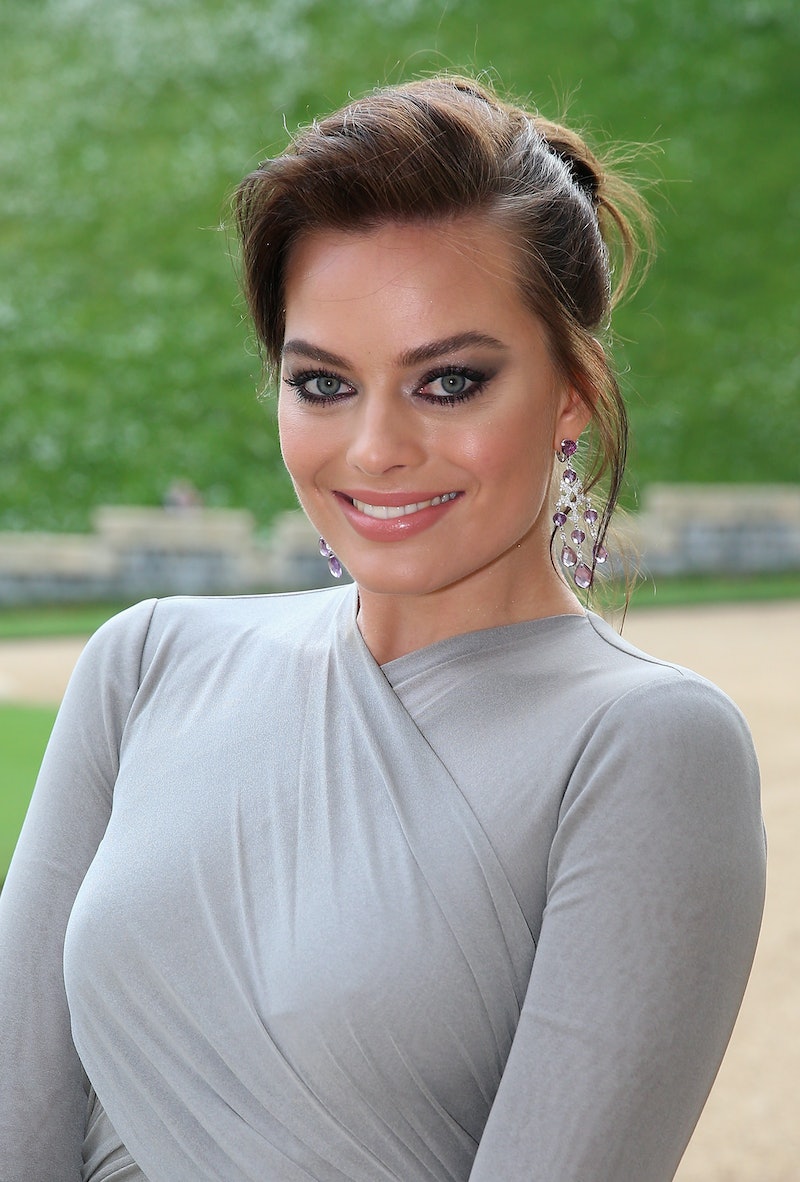 When The Wolf of Wall Street came out in December of last year, the world received something amazing. No, I’m not talking about Leonardo DiCaprio flailing around in his Lambo (although that was incredible and will continue to provide me with perfect GIFs for the rest of my natural life). I’m instead referring to new girl on the block Margot Robbie, the total blonde bombshell of an actress who held her own as the seductive trophy wife of DiCaprio’s Jordan Belfort, stealing scene after scene from the veteran actor. Margot Robbie is as talented as she is gorgeous, and up until now I was fangirling hard over each and every one of her absolutely ~*fLaWle$$*~ red carpet appearances, eagerly awaiting her roles in Z for Zachariah opposite Chiwetel Ejiofor, and the recently announced Tarzan reboot with Vampire Eric (or, you know, Alexander Skarsgård).

However, after hearing what she had to say in her recent Vanity Fair article, I’m not rooting for Team Margot as nearly as much as I was yesterday. Granted, the spread is stunning, and the Australian native, 24, looks like every bit the movie goddess she’s on the fast track to becoming. From frolicking on a New York beach surrounded by teeny-tiny puppies to seriously #werking some vintage-inspired bathing suits, the mag couldn’t have chosen a better subject. The problem comes when she utters a classic Hollywood actress cliché: "I did not grow up feeling like I was particularly attractive."

No, she didn’t say anything especially scandalous or something that would land her in the tabloids. All she did was downplay her drop-dead gorgeous looks, something countless actresses before her have done time and time again. This is exactly what I have an issue with. There’s nothing wrong with owning your looks and being confident, and while I’m sure she was just trying to come off as relatable, when you have a face like that, what’s the use of trying to hide it?

“You should have seen me at 14, with ­braces and glasses, gangly and doing ballet!” she told the magazine. “If I looked good in Wolf of Wall Street I cannot take full credit; it was because of hair extensions and makeup.” Sigh. You’re gorgeous Margot Robbie, so own it!

She’s not alone, though. Everyone’s favorite girl-next-door and Hunger Games hottie Jennifer Lawrence has also made a number of comments regarding her body image. In an interview with Elle magazine in 2012 she said,

In Hollywood, I'm obese. I'm considered a fat actress, I'm Val Kilmer in that one picture on the beach.

Come on, Jennifer. Would Dior really have chosen your mug as face of their campaign if you looked like this? No, I don't think so.

When Mila Kunis was interviewed by Cosmo in February of this year, it was incredibly refreshing to hear an actress acknowledge her looks without trying to convince the interviewer that no, she's really not that beautiful, she swears!

I don't see myself as not-sexy, it's just not [one of] the top 40 adjectives I would use to describe myself. But I do see myself as confident, but if someone sees me as sexy I'm not going to argue that and say ‘no I'm not, you're crazy.’ I'll just say ‘thank you’ politely.

While it's totally and completely acceptable to not want to gush about her superhuman good looks, I wish Robbie had said something a little bit more confident. She's young and beautiful and her stories about being a gangly, awkward kid aren't fooling anyone.