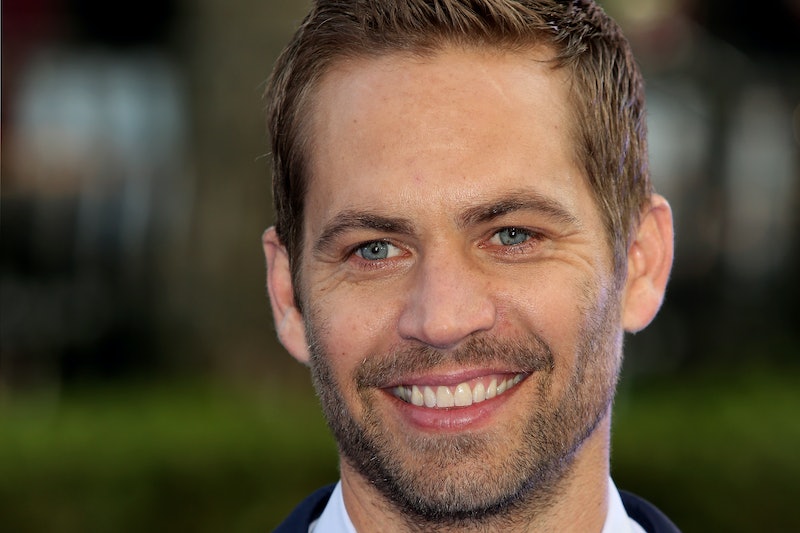 Since the tragic passing of Fast & Furious star Paul Walker, there was serious deliberation as to whether or not the seventh and final installation of the franchise would ever be made. However, after outreach and support from fans as well as Walker's family and co-stars, production moved forward. Shooting wrapped on Fast & Furious 7 on Thursday, which was also the eve of the film's original release date. The movie is now slated to come out on April 3, 2015. As a tribute to Walker and the Fast & Furious fans, the production team posted a touching thank you note on the movie's Facebook page,

There was a time when we didn’t know how we could go on, or even if we should. But we listened to you, and you inspired us not only to keep going but to try and make the best Fast & Furious movie yet.

The note continues and pays special attention to the deep loss the whole cast and crew felt after the death of Walker. It was also made abundantly clear how hard of a process it was to complete the project without Walker's presence, "Our family is big and strong but it won’t ever quite be whole again without Paul." There was also a pointed thank you for co-star Vin Diesel who, "gathered us back together and moved us forward when we needed it most."

The note closes with deep gratitude for its fans, "Thank you for being there for us. You are the biggest part of our family, and we couldn’t have gotten here without you. The countdown to April 3 begins."

Though it will be difficult to watch the final Fast & Furious film, it will be made easier knowing how much thought and sincerity went into completing it with nothing but the best of intentions.

Update: Fast & Furious 7 director James Wan tweeted on Thursday afternoon, "Social media likes to jump the gun. #stillfilming" but as Deadline reports, "a studio source confirms that the pic indeed wraps today." There seems to be some confusion here, but it sounds as though the Facebook post went out hours ahead of schedule, rather than days or weeks early.