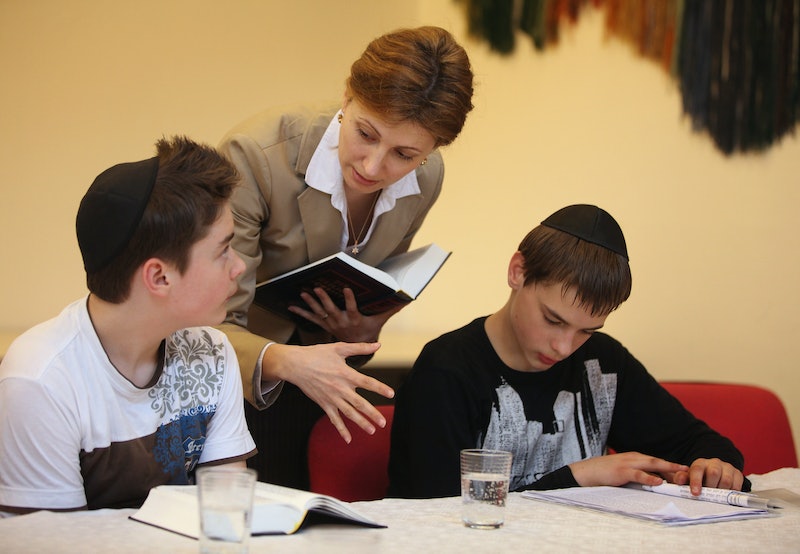 Some of us went to Jewish camp because our parents wanted us to compensate for all the Hebrew School ditching, while others attended as an intro to Judaism. Others of us spent 100 percent of our lives in Jewish day schools and synagogues, so a camp that wasn't Jewish would have been out of the question. From Ramahs all over the country, to that small place you never heard of but your college roommate swears she attended every summer, Jewish camps have a big presence in the summer lives of American Jews, and we're definitely a proud group.

I know you still have plenty of camp shirts that you sleep in all summer just to fantasize you'll wake up in your old bunk (which may or may not have been named after a kibbutz).

For many summers, I attended Camp Pembroke in Pembroke, Massachusetts, an all-girls nonaffiliated Jewish camp that, along with being the best place on earth, included plenty of mandatory Israeli dancing, Kosher food, Shabbat sing alongs, and Israeli staff, along with the rest of you Jewish camp goers...

Here are some things that only people who went to Jewish camp will understand.

There was no bacon at breakfast

And after every meal you sang Birkat, that good old camp song

...and straightening your hair before services was a huge priority.

Were you on team kahol or lavan?

Your camp probably also had an activity called Israel Day

And if you were lucky the dining hall served falafel!

Camp areas had names in Hebrew, like beach (חוף)

and the camp itself was laid out by Israel's geography

It was a big deal when you moved from Eilat to Haifa!

In Hebrew. Or English, whatever.

The S'mores were never quite right, thanks those Kosher marshmallows

and the camp doctors were parent volunteers

There was a library at camp, and it was full of Jewish books

You know a lot of Zionist songs

Your only official camp socials were with other Jewish camps

Or perhaps a papier-machier mezuzah!

The oldest group of campers went on a trip to Israel, and you were jealous

Your counselors mainly came from Brandeis

Or Barnard. Or Emory. Or GWU.

In August, you had the privilege of fasting during Tish B'Av

If you had a regular flag raising ceremony, you sang Hatikvah every morning

And you definitely ended the night by singing Taps in Hebrew

You now know all the Jewish suburbs of New York, Boston, and Chicago

And you probably also know all of their respective malls.

and once you got older it was all about

most of all, you know you went to jewish camp ... if you miss it