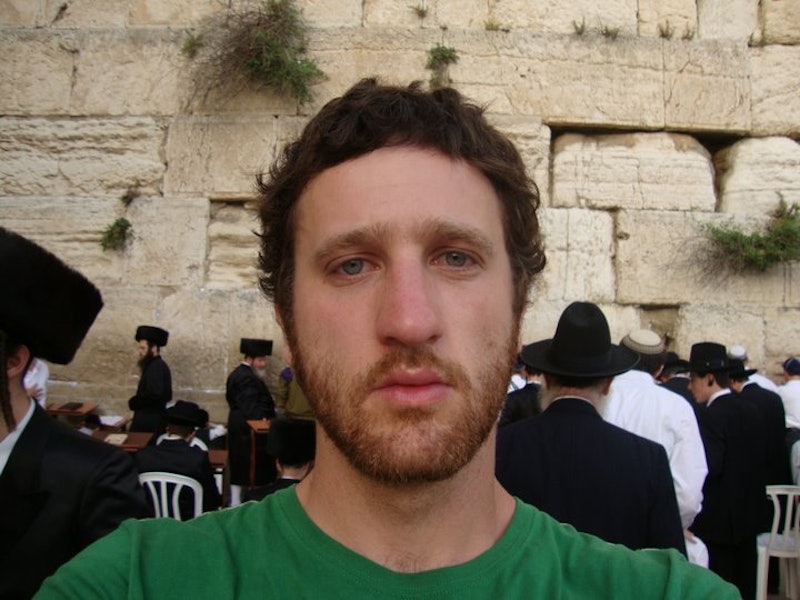 For as long as I’ve been politically aware, I’ve done my best to avoid writing about, talking about, or taking any clear position on the Israel-Palestine conflict. It hasn’t been due to lack of interest — as a Jew, a history buff, and a political writer, Israel fascinates me on numerous levels. I visited Israel for the first time a few years ago, and in addition to being staggeringly beautiful, the country had the best tomatoes I’ve ever had in my life. They were just in another stratosphere than American tomatoes. I think about them on a weekly basis.

But I try not to take political positions that I’m not able to defend, and learning enough about Israel-Palestine to develop a well-founded opinion about the conflict as a whole is prohibitively time-consuming. There really isn’t any other high-profile political issue like it; unlike, say, gun control, it simply isn’t possible to sum up the basics of the Israel-Palestine debate in one sentence. Forming even a tentative intelligent opinion on the issue requires the rough equivalent of an undergraduate course in history.

My Jewishness is a big part of my identity, and actions or words against Jews around the world trigger a sort of defensiveness in me. But getting from that defensive feeling to full-fledged, unqualified support for Israel is a very slippery intellectual and emotional slope. It's been difficult for me not to slide down it.

The Israel-Palestine conflict is like Kryptonite for polite, level-headed, respectful people. I can’t think of any other subject that makes people turn on each other so quickly and rapidly — not even abortion, another great intractable political question. When I was covering the abortion protests at the Texas state capitol in 2013, I was heartened to see many civil, polite debates between people who staunchly disagreed on such a profound question. I’ve never in my life been lucky enough to see a civil, polite debate about Israel, no matter how informed it may be.

And yet this whole time, I've also felt that, as a Jew, a history buff, and a political writer, I didn’t really have any excuse to not be more knowledgable and informed about the political reality of Israel. Over the years, I educated myself and made a bit of progress: It was clear to me that both sides had committed atrocities and that innocent people on both sides of the conflict had suffered at the hands of the other. But still, no matter how many facts I learned, it seemed like there was more to know.

My own Jewishness complicated the matter. I grew up around Jews, several members of my family are strongly pro-Israel, and I’ve always felt a solid, if somewhat casual, connection with my Jewish heritage. I also know that humanity has a long, proud tradition of persecuting the Jews, and so the importance of having a Jewish state wasn’t lost on me. And my own experience in the country — yes, I went on Birthright — was overwhelmingly positive. Still, while these factors resulted in my having a positive association with Israel, they weren't enough make me identify as “pro-Israel,” since that label seemed to encompass so much more.

That’s about where I was when my editor suggested that I write an article on recent developments within the conflict. Though I still wasn’t ready to state an opinion on the conflict, intensely researching Middle East history is quite literally my idea of a good time, so I took the assignment. I figured that, if anything, my lack of ideology in the debate meant I could write an informed piece that didn’t have an agenda.

But right after the piece went up, I got blowback. Somebody on Twitter took issue with me pointing out that the majority of missiles Hamas launches from Gaza do not injure Israelis. They believed that, by including this fact in my piece, I was being too generous to Hamas. The next day, a Facebook commenter insisted, vaguely, that I’d “trivialized a lot and left out a bunch,” and encouraged me to “please be more careful about what you write.” I felt we'd hit the most pertinent points, although obviously, no 1,500-word article about Israel could possibly give justice to every sub-topic. Regardless, her comment didn’t make it clear where her sympathies in the debate lie, and I still don’t know.

I wish I could say I’d offended people on both sides equally, because then I could conclude that I’d struck a reasonable middle ground and call it a day. But that’s not really true. The majority of criticism I received was from people who, broadly speaking, support Israel. This includes my dad, who wrote me a very long email detailing which pertinent facts I’d neglected and which obfuscatory information I’d needlessly included. Another very intelligent and well-informed friend of mine told me it was “pretty clear-cut” that I, the author of that piece, was more critical of Israel than sympathetic.

And so the people — well, all four of them — had spoken, and concluded that I was anti-Israel. I’d never identified as such, but that was apparently the bias that shone through in my piece. It’s an odd sensation to have a political affiliation bestowed upon you that you yourself don’t identify with, and yet at the same time, I usually trust my own intuition in gauging an author’s bias — and these were highly informed people telling me that my piece was more pro-Palestine than pro-Israel.

I attempted to deduce where I actually do stand. But this was difficult: As I ultimately realized, there are much more than two political positions; two “sides” to the Israel-Palestine debate. I do believe that some hot-button issues largely boil down to one yes-or-no answer to a single question (“Should a woman have the legal right to terminate her pregnancy?” for example). But Israel and Palestine are not like this, because there are so many different sub-questions and mini debates within the larger issue.

Supporting a Jewish state, for example, isn’t the same as supporting Israel’s military occupation of the West Bank — which, in turn, is separate from supporting Israel’s repopulation of the West Bank. Being in favor of basic rights for Palestinians living in the West Bank, meanwhile, doesn’t translate to supporting Hamas — or even the Palestinian government in the West Bank. If you support the Gaza blockade, that doesn’t mean you supported Israel’s invasions of Gaza. And it’s quite intellectually consistent to oppose the actions of both Hamas and the Israeli government — so what do we make of the old adage that “my enemy’s enemy is my friend?”

Attempting to boil the debate down to a simple yes-no answer, then, is about as helpful as asking if someone is pro-stuff or anti-stuff. But because we’re so used to reducing political questions to one of two positions, the assumption is that there are just two very rigid lists of policy positions, and that you have to accept one or the other.

Of course, being Jewish makes it a bit harder as well. Whenever I read about the recent resurgence of far-right nationalist groups in Europe, I'm reminded of the historical persecution of Jews, and that anti-Semitism is still very much a thing. In these moments, I feel a tinge of connectedness with my Judaism, my Jewish friends — and yes, with the state of Israel.

That's not rational per se — the rise of the Holocaust-denying National Front Party in France has little to do with the whether or not Israel should be in the West Bank, for example — but emotional reactions are often not rational. My Jewishness is a big part of my identity, and actions or words against Jews around the world trigger a sort of defensiveness in me. But getting from that defensive feeling to full-fledged, unqualified support for Israel is a very slippery intellectual and emotional slope. It's been difficult for me not to slide down it. But whenever I read about Israeli military action in Gaza or any of other abuses perpetrated by the Israeli government, I'm reminded of how important it is that I not stop thinking critically about a country I have an emotional attachment to.

I also experience some good ol' fashioned Jewish guilt no matter what mind-set I happen to be in. When I think about something terrible that Israel has done, I feel guilty for even theoretically supporting the state. But when, in my head, I'm critical of Israel, I feel guilty for abandoning it. The reason for the guilt is the same in both cases: Those are my people.

I would suspect this is a common experience for American Jews. It's a very awkward place to be in — especially, again, because the topic is so staggeringly divisive that everybody is expected to have a strong opinion on one side or another. When you're a Jew who thinks the situation is complicated, to say the least, it's uncomfortable — and circuitously enough, bonding with other Jews about this specific type of discomfort has actually been an integral part of my own Jewish experience.

What matters is that we keep engaging with these questions as young American Jews, no matter how difficult they may be to answer. We have to do our best to balance our sense of Jewish identity with a level-headed assessment of the political situation, and recognize that those two aren't mutually exclusive, even if they do lead to very conflicting emotions. After all, I'm pretty sure that's what being Jewish is all about. What's that old joke again? You get two Jews in a room, you have three opinions.

More like this
17 Powerful Photos From March For Our Lives Protests Across The U.S.
By Michelle Toglia
Windrush Victims Are Still Waiting For Compensation
By Sam Ramsden
5 Concrete Ways To Take Action Against The Rwanda Deportation Plan
By Rachel Mantock
How 5 People Upended Their Lives To Fight For Abortion Rights
By Hannah Smothers
Get Even More From Bustle — Sign Up For The Newsletter