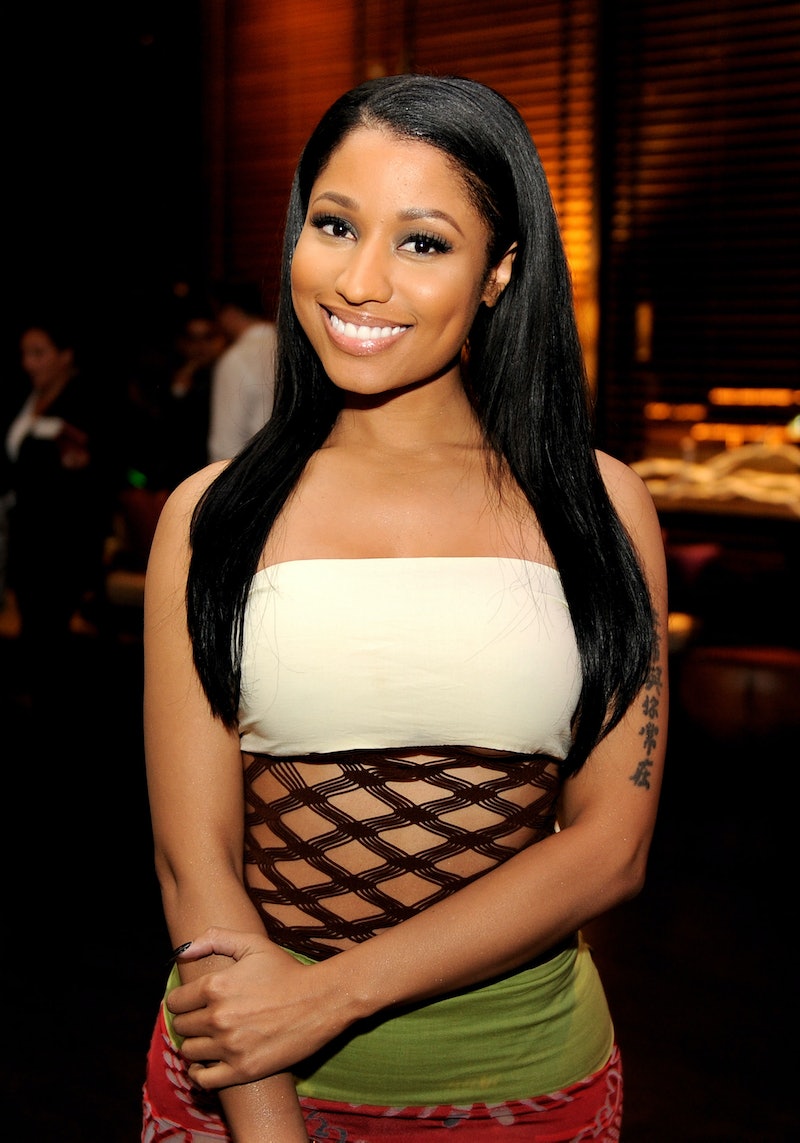 Sitting down to watch HSN isn't an activity that intentionally lands on a to-do list, but rather something that happens to draw attention away from a sink full of dirty dishes or lure you in after waking up in the middle of the night to a blaring TV. But the typical explanations for why people watch the Home Shopping Network changed drastically when Nicki Minaj appeared on HSN to promote her fragrances Minajesty—Exotic Edition and Onika. Minaj made two appearances on HSN— one on Thursday night and again on Friday morning. After watching her for only a short time, it became clear that she'd make a pretty good talk show host simply because she used this opportunity for so much more than promoting her product.

Other than bringing HSN a ton of first-time customers, Minaj handled the appearance with ease, and demonstrated her ability to remain authentic yet family-friendly without sacrificing the attitude and charm that make nearly 18 million people follow her on Twitter. It was hilarious watching Minaj's PC explanation of how she got her name, as well as seeing the host cry after listening to Minaj's fans call in and praise her — and buy tons of the perfume, of course.

Here are a few more reasons why Minaj's HSN appearance was awesome:

First off, she sold the hell out of this perfume.

Thanks to Minaj's solid product pitch, we know that her perfume not only smells good, but it makes you appreciate "alone time, reflection, thinking about the people you love, what you've done and what you wanna do, being inspired, but inspiring yourself." Yes, all of that comes in one bottle.

She did a great job of encouraging women.

Minaj repeatedly emphasized how women deserve to be smart and strong, and sent great messages about the importance of self-esteem. She also emphasized the importance of education and encouraged one customer's nieces to be independent and fearless.Hopefully this will make up for her alleged diss towards Iggy Azalea, which many people thought contradicted her explanatory female empowerment tweets.

Minaj's interaction with the callers was both entertaining and thoughtful.

A caller who wanted to purchase the perfume for her daughter had to reassure Minaj that her daughter deserved the gift.

And then there were the tweets...

According to one of the Barbz, Minaj followed someone live on TV, which is apparently enough reason to temporarily go insane.

If you have a random hour to kill (or some dishes to wash) check out Minaj's HSN appearance below: