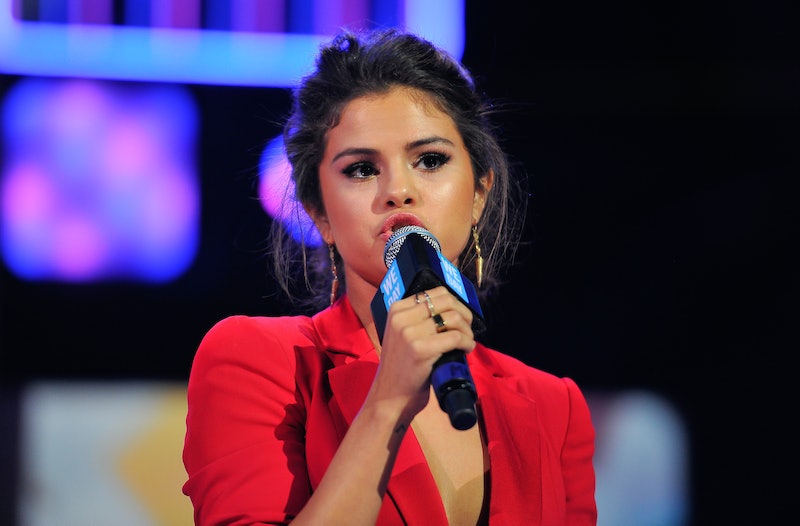 Though Selena Gomez's extremely confusing relationship with Justin Bieber and ever-constant friendship changes have cost the girl some brownie points in my eyes, she has recently done something worth everyone’s praise. Like many celebrities, Gomez doesn’t just have fans but she has a lot of haters as well, ready to criticize everything about the celeb’s life. And while many celebs make it a point to ignore the negative comments, Gomez recently shut an Instagram bully down after the girl made a completely inappropriate hate message involving cancer.

The original comment has since been deleted, according to MTV News, but based on Gomez’s response to it, it’s clear that what the young woman said may have involved wishing cancer toward Gomez or one of her loved ones.

Unsurprisingly, the 21-year-old singer and actress felt the need to respond, telling the Instagram user to “Educate yourself a tad more,” while also keeping it polite and classy saying, “God bless love. Be an amazing woman. You’re beautiful.”

Like Gomez, who claimed in her comment that she has experienced the battle with cancer through her fans and family, I too have witnessed it with my family. None of us have to agree with celebrities like Gomez or even like them honestly, but to go as far as using such a horrible thing like cancer to express your anger with them? #NOPE