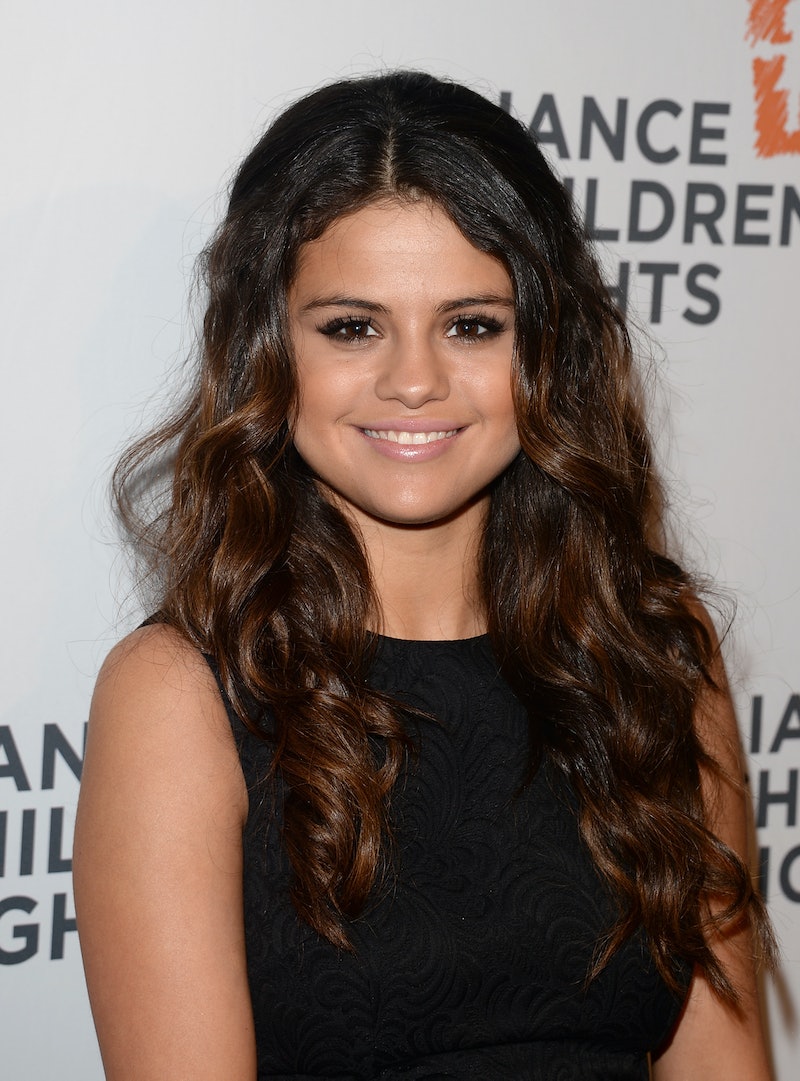 Sweet, sweet, Selena. What in the world is going on with you? Well, we can suspect a certain fedora-wearing person may be causing her trouble, but no one ever truly knows for sure with Gomez. Recently, Selena Gomez posted some odd photos to Instagram. Or should I say, more odd photos. In the past few months the former Disney star has exhibited some strange social media behavior. But it isn't so strange when you consider the timeline. This is all speculation of course, because Gomez and her on-and-off beau, Justin Bieber, never exactly confirm nor deny anything, but her actions seem linked to her relationship status with the Biebs.

If I had three guesses as to why she began posting so many morose pictures, quotes, and videos, they'd all rhyme with Dustin Lieber. But, as Us Weekly noted, some fans think that one lovey-dovey screenshot is actually a text message from him. As for the others, there's an upside-down screenshot of an older post from Gomez showing some words of support from her fans and a photo of a lake with the caption, "Always said I was going to end up there, but I guess that's where it was meant to end."

So, what does this mean? And where does this leave Gomez and Bieber? Is it a cry for help? Could their relationship be so tumultuous that they go from off to on again in mere minutes? One thing's for sure, in this whole cryptic mess I'm genuinely concerned for Gomez. The once upbeat and cheery girl has become decidedly more subdued in recent months and I just hope that whatever the problem is, she realizes that she's got so much going for her.

Check out some of Gomez's emotional posts below:

More like this
Hailey Bieber Just Responded To *That* Viral Met Gala Moment
By Radhika Menon and Sam Ramsden
Dixie D’Amelio & Noah Beck “Love Each Other” Despite Breakup Rumors
By Julia Emmanuele, Jordyn Tilchen and Grace Wehniainen
Confusion Reigns After Kanye Changes His Instagram Profile Pic To Kris Jenner
By Jake Viswanath
The Try Guys Cheating Scandal, Explained
By Grace Wehniainen
Get Even More From Bustle — Sign Up For The Newsletter