After Sunday night's Real Housewives of New Jersey revealed that Teresa Giudice and Melissa Gorga have finally made peace (!!!!), there's not much conflict in the Real Housewives-verse. For all the noise coming from RHONY, most of those ladies are willing to put their fights aside for an afternoon drinking Ramona Pinot. So it's up to the Real Housewives of Orange County, the original, to bring the pain for the next couple weeks. (Until something on NJ boils over. Those ladies can't stay allies for long.) But for now, we have Heather Dubrow versus Shannon Beador. Shannon thinks Heather is cold and unsympathetic. Heather doesn't understand why that's such a big deal.

Somehow, Tamra Barney, who’s always been skilled at getting away with murder, has barely been confronted about telling Heather about the email from Shannon's husband asking her to move out in the first place. No one wants to side with stick-in-the-mud Heather, but she might actually be... *shudder* right about this one. If one friend spills the beans, don't show up at the recipient of the gossip's house in the middle of the night. Ugh, Heather’s patronizing attitude about everything from a missed RSVP to an emotional reaction about being accused of alcoholism (hey, Heather: maybe don’t belittle your acquaintances by claiming they suffer from a very serious, private problem and then say they're overreacting) makes it easy to take Shannon's side. Okay, that's enough hating on Heather.

The real question is, how will they close out the season? Right now Vicki Gunvalson is besties with Shannon after their bonding trip to Mexico, Lizzie Rovsek is nominally on Heather's side, and Tamra is out for herself. According to Shannon’s Instagram, she is still with David, and currently on a truly baller family vacation.

Shannon has stayed out of the fray on social media, but in her blog, she’s taken small digs at Heather and Tamra. "The bottom line is that there is no valid excuse for betraying my trust, especially to Heather." It's not exactly a hurled glass of wine or even a shouting match, but those are restrained fighting words.

What it comes down to is that the key player is Tamra. Seriously, think about it: Shannon glossed over Tamra’s deceit at first, until Vicki picked up on it and pointed out that Tamra has a pattern of betraying her “friends” if it’s capable of drumming up drama. Vicki will never have the moral high ground so long as she stays with Brooks, but she's helping Shannon realize not to trust so liberally. And Vicki/Tamra fights have always been explosive.

Reasons we absolutely need Shannon vs. Heather to become a real feud: 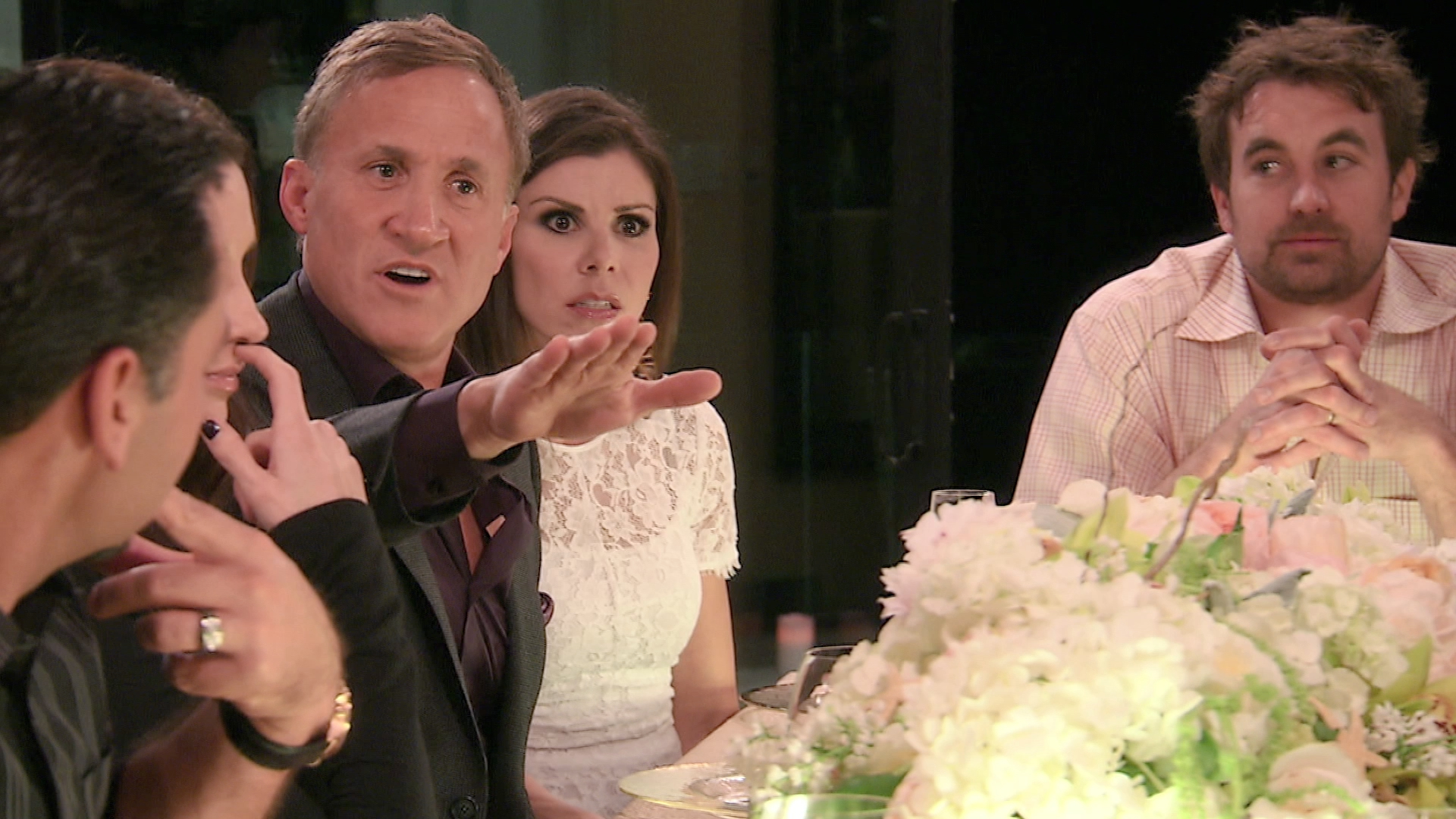