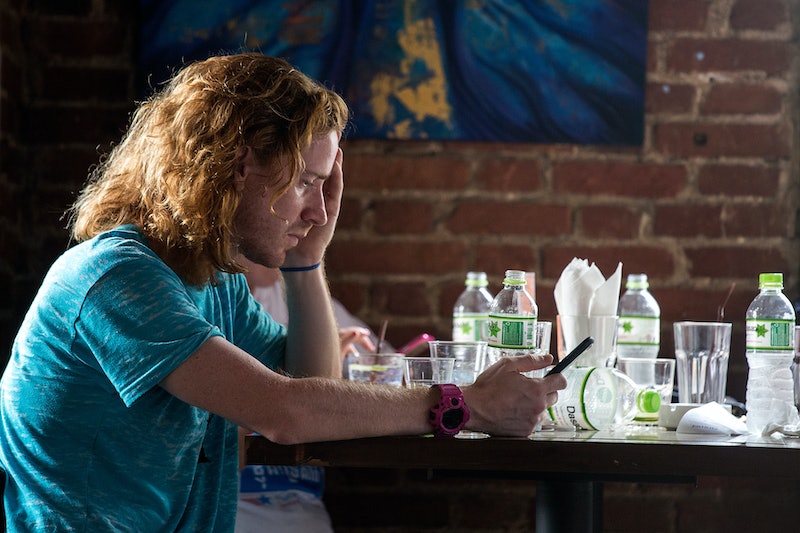 If you’ve ever complained that the service of your favorite restaurant has gotten unbearably slow in recent years, you might want to think twice before blaming the restaurant itself. They might not be at fault at all, while the real culprits go unpunished. What culprits, you ask? You and your smartphone, of course.

A post on Craigslist over the weekend detailed the efforts of a New York City restaurant in Midtown East to figure out exactly why their service had slowed down so much, in spite of a number of methods employed to shorten it. It was only once some security footage from 10 years ago was unearthed and compared with footage from today that it was able to determine the cause. In short: We’re all addicted to our phones. The Craigslist post has since been removed (we’ll come back to that in a minute), but Distractify managed to snag the text of it before it went down. You can read the whole thing over there; here are a few highlights:

According to this restaurant, smartphone usage added almost an hour to the total meal time. And that’s not even all of the phone-based activity in which the customers engaged. I think I speak for all of us when I say: Yikes.

Here’s the thing, though: It’s possible that the original post was a hoax. As interesting, entertaining, and plausible as I found it when I first read it, my bullshit alarm was also operating at full capacity; I mean, this is Craigslist we’re talking about here. Furthermore, the fact that the post has since been removed indicates there was something not entirely sound about it. I’d bet real, actual nondigital money that it was a well-worded, carefully thought-out piece of creative writing by either a frustrated restaurant employee or a fed-up customer.

That said, though, it’s generally true that we’re all both chained to our phones these days. So here’s a challenge for you: The next time you go to a restaurant, make it a rule with your party that everyone leave their phone in their pocket unless they're expecting an extremely important, the-fate-of-the-universe-depends-on-it phone call. Not only will you spend less time waiting, but moreover, you’ll probably also enjoy yourselves a lot more: Newly published research has found that just the presence of a smartphone drastically diminishes the quality of IRL conversations. Lending even more weight to the research is the fact that it confirms the findings of a 2013 lab-based study in real-world scenarios. Going out with a bunch of friends only to ignore them in favor of your phone kind of defeats the whole purpose of the outing in a first place.

Oh, and also? Don’t ask to be reseated unless there’s actually huge problem with your original table. Seriously. There is no need.