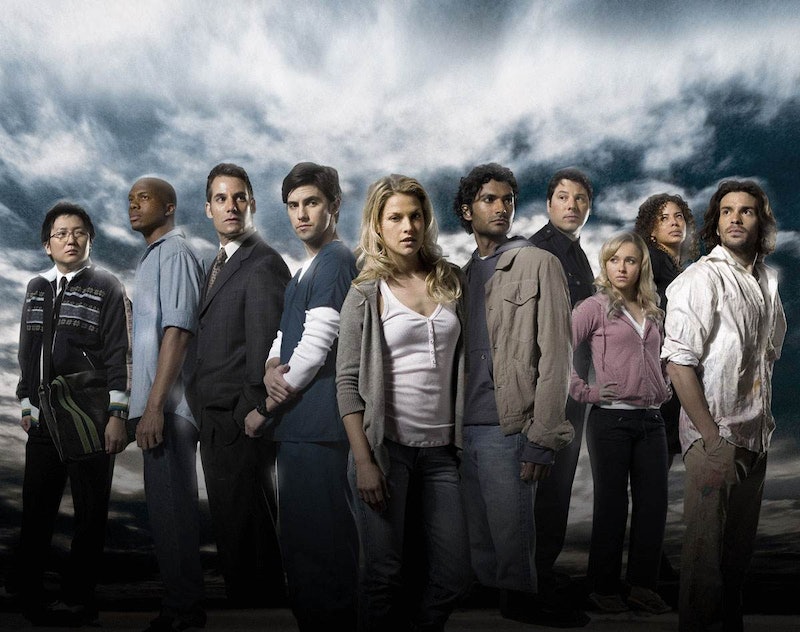 Typically, when a TV show gets a reboot, it's at least a few decades after the original series' cancellation, in order to make the new one seem as fresh as possible. So when it was announced back in February that NBC was reviving Heroes just five years after its last episodes aired, the unusually quick turnaround raised eyebrows; not only were the show's more recent episodes, well, recent, they were also pretty bad. Wouldn't the network want viewers to forget all about those disastrous final seasons before rebooting the show? Apparently not, and, according to creator Tim Kring, that's because Heroes : Reborn is basically going to be an entirely new show — one where a world-saving cheerleader, Japanese time-travelers, and a serial killer named Sylar don't belong.

In an interview with Entertainment Weekly, Kring said that the upcoming reboot will focus on "a whole host of new characters," and that he only plans to bring back old favorites to give the new ones "a tether to the original world." That said, "the vast, vast majority" are brand new characters," and the purpose of the reboot is to give viewers "a whole fresh take on the series."

Although he didn't elaborate on the reasons, Kring's desire to start the show anew makes perfect sense. The series' last few seasons were a huge drop in quality from its first, and by the time it was finally cancelled, most fans had long ago given up watching. A reboot that veers dramatically from the original could help erase the latter's undesirable legacy, and bring back the acclaim that surrounded the series' first, incredible season.

That doesn't mean the news isn't disappointing, however. Although the original show's storylines got tiresome, the characters never did; it'd be fantastic to see Hiro, Claire, and the rest of the ensemble reunite for the reboot, assuming their plotlines are a lot more enjoyable than they were a few years ago. Much of Heroes' original success was watching familiar but underrated actors like Hayden Panettiere, Ali Larter, and Milo Ventimiglia turn into stars, not to mention unknowns like Masi Oka and Zachary Quinto become in-demand fan favorites. The actors, and those characters, were what made viewers cling on to the show's later seasons even when the quality dropped drastically. Without them, Heroes' final seasons, no matter how hard fans tried, would've been unwatchable.

And yet Panettiere, Quinto, Larter and more are all likely, if not already definite, to not return to Heroes: Reborn . The only original cast member that currently is said to be coming back is HRG portrayer Jack Coleman, and, according to Kring, that's only because his character "had a spine through the series that allowed you to meet new characters." Otherwise, fans can expect to see all new faces come 2015, with the heroes we knew and loved relegated to shout-outs and photos, if they're even mentioned at all.

What's even more disappointing about this is how much appearing in the reboot would've benefited so many of its original actors. Take Milo Ventimiglia, for instance; already well-known in the mid-'00s for Gilmore Girls, the actor saw his fame skyrocket with his role on Heroes. Ever since, though, he's struggled to get a part worthy of his talent. Starring on Heroes: Reborn would put him back in the spotlight and remind viewers of his huge skill. And then there's Ali Larter, who, despite having a new TV show in the works, hasn't had a high-quality role in years. Or Greg Grunberg, who deserves more than a recurring role on Baby Daddy. Or Masi Oka, or Sendhil Ramamurthy, or Adrian Pasdar. They all could use a career boost, and Heroes: Reborn would be the perfect opportunity.

But it's doubtful any of them will get the shot, unless HRG decides to stage some sort of family reunion, and I wouldn't hold your breath for that to happen anytime soon. Heroes: Reborn, it seems, wants nothing to do with the series it's made from; let's just hope that it's at least good enough for fans to put aside their disappointment and get on board with a brand new show.